Tritton said he's been encouraged by their performance as more and more stores reopen. He said there continues to be signs of strength and balance and even some slight market share gains.

When asked about their recent turnaround, Tritton noted that Bed Bath & Beyond has listened to their customers. Their new remodeled stores have a refreshed look, cleaner sight lines, fewer items and clear values that are easy to find.

Let's check out the charts of BBBY.

In our last review back on Jan. 8  we wrote that, "The charts of BBBY are a little touch and go right now. I would stand aside until things become clearer." The Point and Figure chart we included told us that a trade $17.50 would weaken the picture.

Trading volume has been light since late January and the On-Balance-Volume (OBV) line has slowly declined from late January. The Moving Average Convergence Divergence (MACD) oscillator fell below the zero line last month for an outright sell signal.

In the weekly Japanese candlestick chart of BBBY, below, we can see a dramatic high-wave candle pattern in January marking the high. Prices have worked lower but are still above the cresting 40-week moving average line. There is an absence of lower shadows so far and that is not a positive sign.

The weekly OBV line has been rolling over the past three months. The MACD oscillator crossed to the downside last month for a take profit sell signal.

In this daily Point and Figure chart of BBBY, below, we can see a potential downside price target in the $22 area. 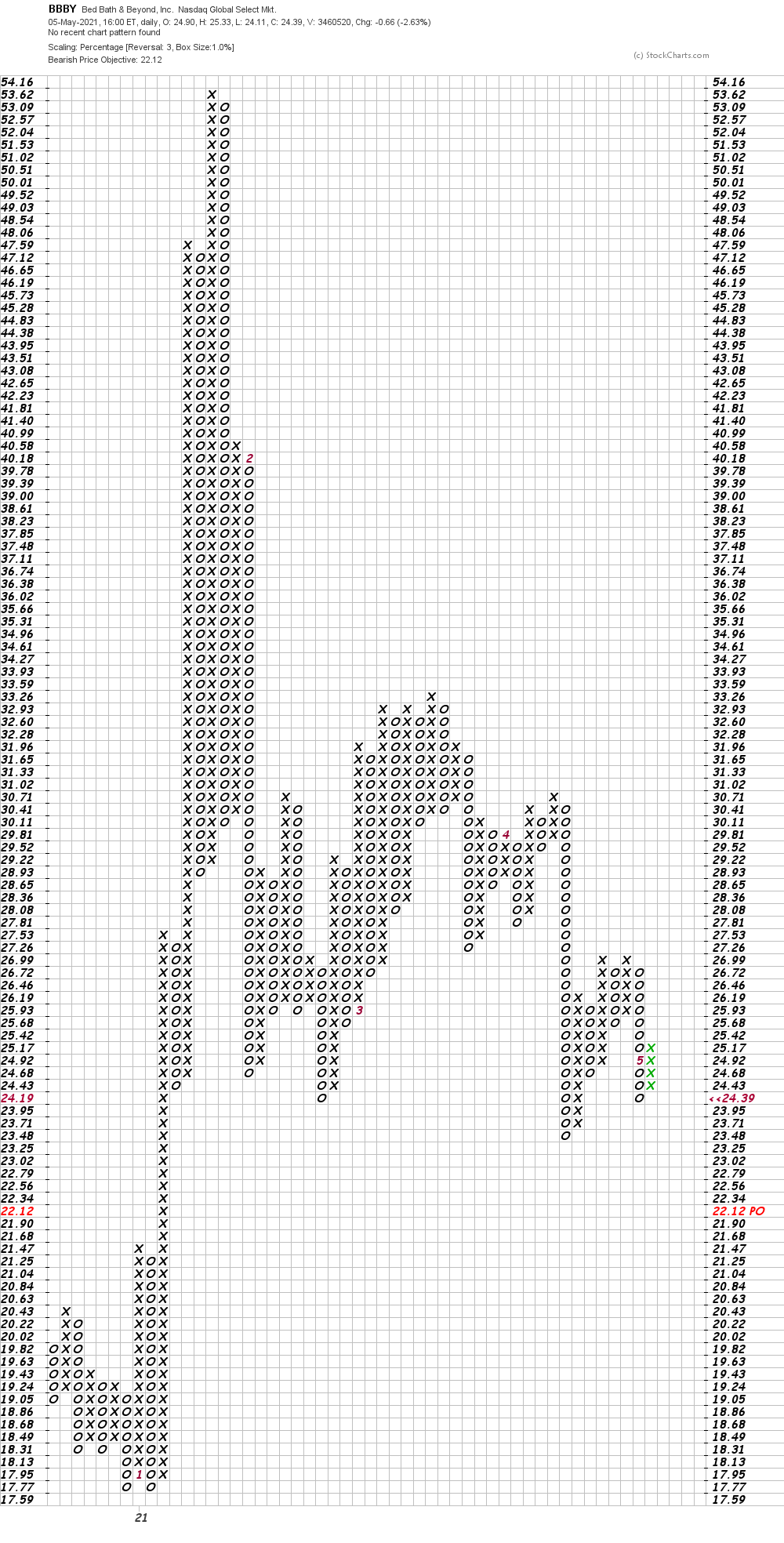 In this weekly Point and Figure chart of BBBY, below, we see that the software is projecting the $19 area as a possible target.

Bottom-line strategy: The fundamental story may sound positive but the technical story suggests BBBY can weaken further in the days ahead. Stand aside for now.

Get an email alert each time I write an article for Real Money. Click the "+Follow" next to my byline to this article.
TAGS: Investing | Stocks | Technical Analysis | Household Products | Retail | Mad Money | Executive Interview