We reviewed Bed Bath & Beyond, Inc. (BBBY)  on July 6 ahead of fiscal first-quarter numbers, which were released Wednesday night. BBBY missed quarterly estimates and said it was planning to close 200 stores over the next two years to adjust to the new reality in retail.

On Monday I wrote, "BBBY could surprise on the upside but my sense of the charts and indicators is that the stock could drift sideways to lower in the weeks ahead." Let's check out the charts again now that traders can react to the fundamental numbers.

In the daily bar chart of BBBY, below, we can see that prices failed at the underside of the declining 200-day moving average line. The daily On-Balance-Volume (OBV) line stalled and the Moving Average Convergence Divergence (MACD) oscillator has crossed to the downside for a take profits sell signal.

In this weekly bar chart of BBBY, below, we can see that prices are failing at the declining 40-week moving average line. With three-fifths of the week behind us we can see that the OBV line has a slight dip and the MACD is still below the zero line.

In this daily Point and Figure chart of BBBY, below, we do not have the early trading Thursday but we can imagine the start of a column of "O's". We do show a downtrend line (drawn by the software at a 45-degree angle) that is likely to have stopped the rally. 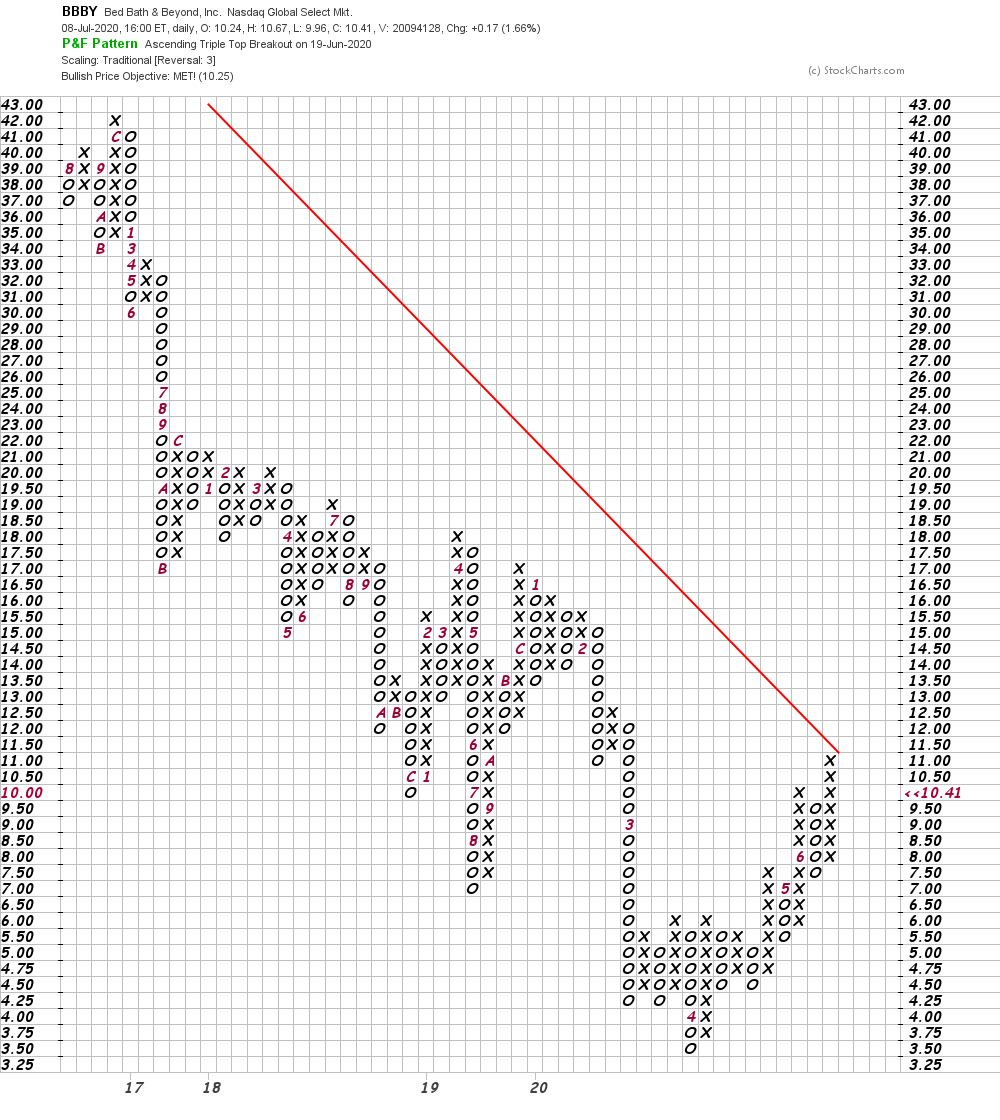 Bottom-line strategy: Traders who may have bought BBBY (and perhaps an airline stock or a cruise line stock or a movie theater) in anticipation of good numbers are likely to be sellers Thursday. A decline back to the $7 area or even lower is possible in the weeks ahead.
Get an email alert each time I write an article for Real Money. Click the "+Follow" next to my byline to this article.
TAGS: Earnings | Investing | Stocks | Technical Analysis | Retail