In our last review of Bed Bath & Beyond (BBBY) on March 7 we recommended that traders stand aside. That turned out to be good advice as prices stalled by the end of the month and turned lower and are now in single digits.

Let's look at the charts again as BBBY is set to report their latest quarterly figures on Wednesday before the opening.

In the updated daily bar chart of BBBY, below, we can see that the shares have made a hard slide lower from late March. Prices were quickly cut in half and then cut in half again. BBBY is trading below the bearish 50-day and 200-day moving average lines.

The On-Balance-Volume (OBV) has softened from late March. The Moving Average Convergence Divergence (MACD) oscillator has shown improvement but remains in sell territory.

In the weekly Japanese candlestick chart of BBBY, below, we see problems for the shares. A large upper shadow in late March marks the high. Prices turned lower but have yet to generate a bottom reversal pattern. The slope of the 40-week moving average line is negative.
The weekly OBV line has weakened in the past three months. The MACD oscillator is bearish.

In this daily Point and Figure chart of BBBY, below, we can see a downside price target in the $4 area. 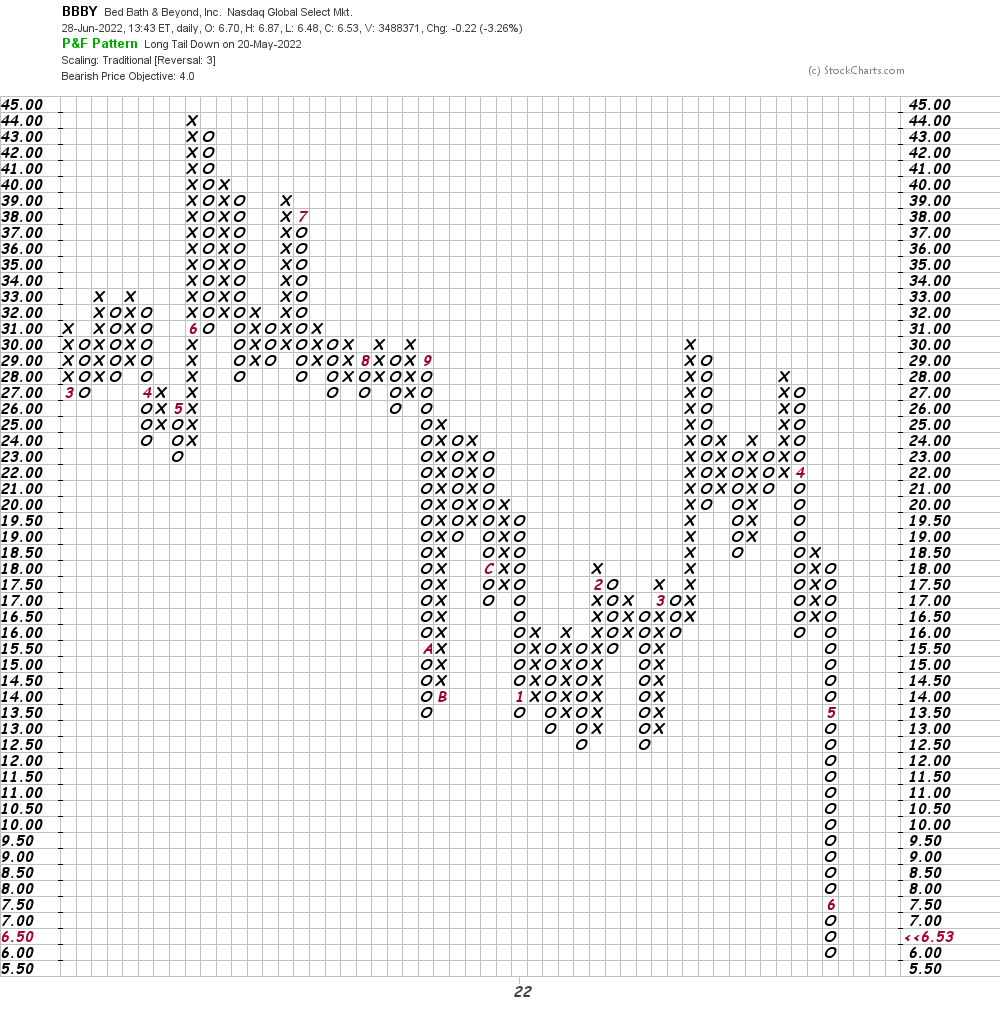 Bottom-line strategy: Weak charts and a $4 price target are clear reasons to continue to avoid the stock.
Get an email alert each time I write an article for Real Money. Click the "+Follow" next to my byline to this article.
TAGS: Investing | Stocks | Technical Analysis | Household Products | Earnings Preview