Bed Bath & Beyond, Inc. (BBBY)  , the Stock of the Day on Real Money, is trading lower early Thursday in reaction to its latest quarterly numbers and guidance. However, let's leave the number crunching to others and just focus on the charts and indicators.

In the daily bar chart of BBBY, below, we can see that the shares have had a hard time of it with prices nearly cut in half twice in the past twelve months. Maybe a pattern for nimble traders but certainly not for investors.

BBBY declined (again) from April into July with the slopes of both the 50-day moving average and the 200-day moving average negative. In late June we can see the 50-day line fall below the 200-day line for what is commonly called a (bearish) dead or death cross. There are three gaps on the chart with volume surges which at a minimum suggest that traders and investors can get surprised.

The On-Balance-Volume (OBV) line moved up with prices from November to early April signaling more aggressive buying but the line has only drifted lower the past three months. Seems like investors may have been buyers the last three months.

The Moving Average Convergence Divergence (MACD) oscillator turned up from below the zero line in early June for a cover shorts buy signal. This indicator is a long way from an outright buy signal.

In the three-year weekly bar chart of BBBY, below, we can see a long decline in price with a bearish 40-week moving average line.

It looks like volume has increased since October and the weekly OBV line has made a new low for the move down in June. Not a positive picture.

The weekly MACD oscillator is below the zero line after a sell signal in May.

In this daily Point and Figure chart of BBBY, below, plotted through Wednesday the software projects an upside price target of $12-$13. 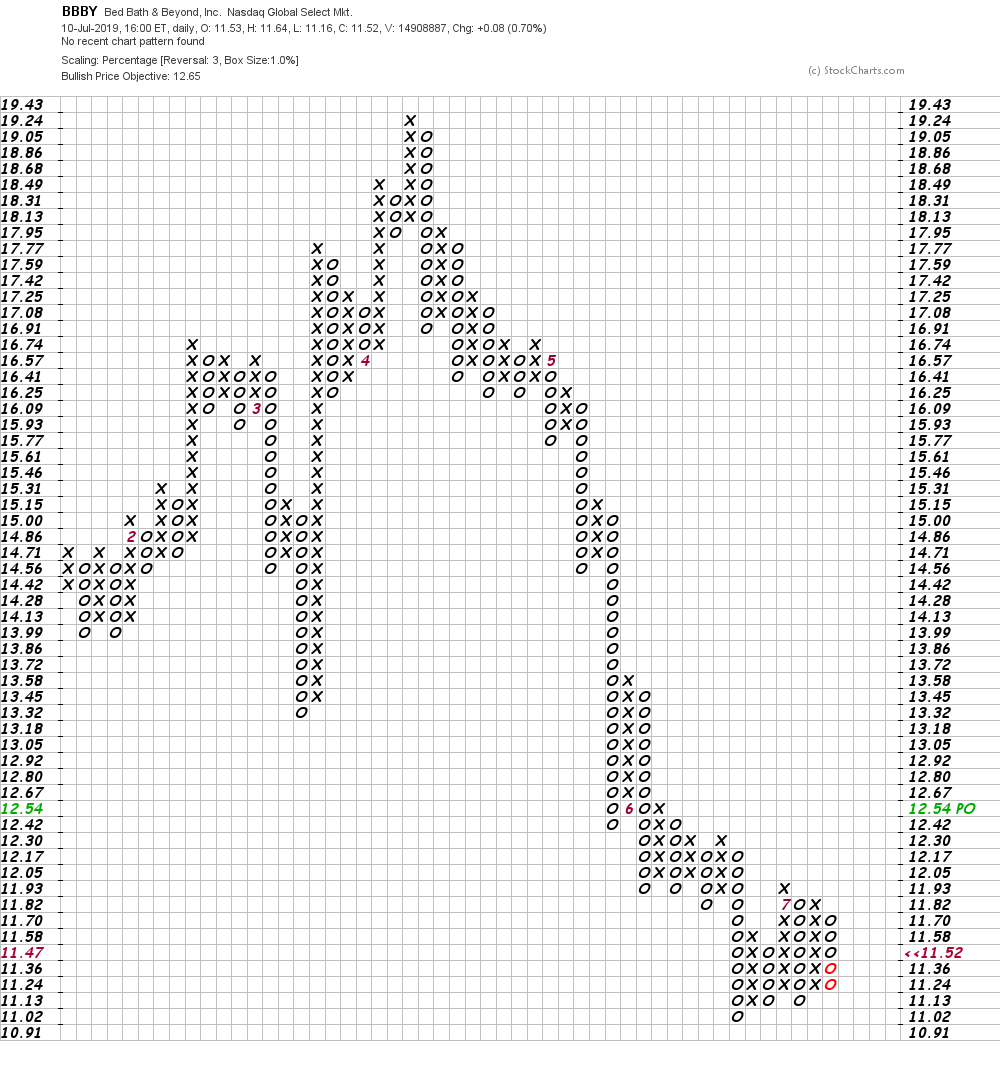 In this longer-term weekly Point and Figure chart of BBBY, below, we can see a potential price target of $4.50. 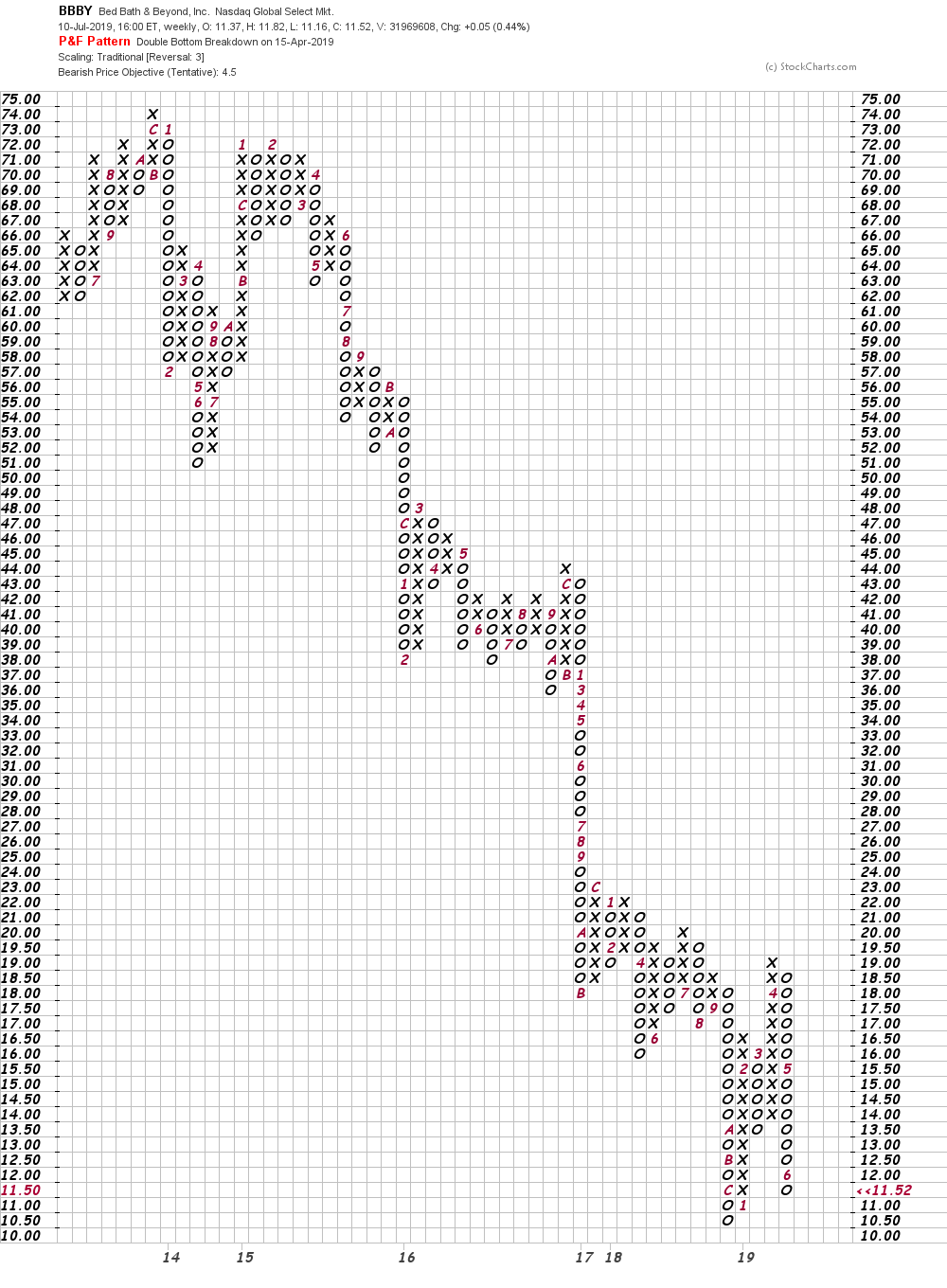 Bottom-line strategy: The charts and indicators of BBBY are bearish and the short and longer trends are pointed down. Avoid the long side as prices could get cut in half again.

Get an email alert each time I write an article for Real Money. Click the "+Follow" next to my byline to this article.
TAGS: Investing | Stocks | Technical Analysis | Household Products | Retail | E-Commerce | Real Money | Consumer Products | Consumer Discretionary | Stock of the Day

Jim Cramer: It's a Jailbreak and the Stocks Are Busting Out

This market is moving in so many areas that you have to marvel at how it's even possible -- even if the Russell Rebalancing could change all that on Friday.

It may be time to stand aside right now.

The cannabis sector is finally turning back up after a sharp correction that started in early February.

Commodity Correlations Could Work Against Stocks

Perhaps the most important intermarket relationship is the correlation between crude oil and the S&P.