During Thursday night's Mad Money program Jim Cramer drilled down on a few stocks that are due to report earnings this week. He noted that we'll hear Wednesday from Bed Bath & Beyond Inc. (BBBY) , a non-essential retailer that needs a turnaround plan as it's fighting for survival.

Let's check out the charts of BBBY.

The On-Balance-Volume (OBV) line did not bottom until late April and looks like it has been struggling in late June and into July. The 12-day price momentum study shows lower highs from June into July. This is not a large bearish divergence but it is a divergence and should not be ignored as it could foreshadow a sideways trend or even a pullback.

In the weekly bar chart of BBBY, below, we can see that the shares have been in a downtrend for an extended period. The decline started long before the pandemic. Prices are testing the declining 40-week moving average line.
The weekly OBV line has improved but it has not broken above the December peak. The 12-week price momentum study shows a lower bar in the most recent observation, telling us that the pace of the advance has begun to slow.

In this Point and Figure chart of BBBY, below, we can see that prices met their upside price target of $10.25. 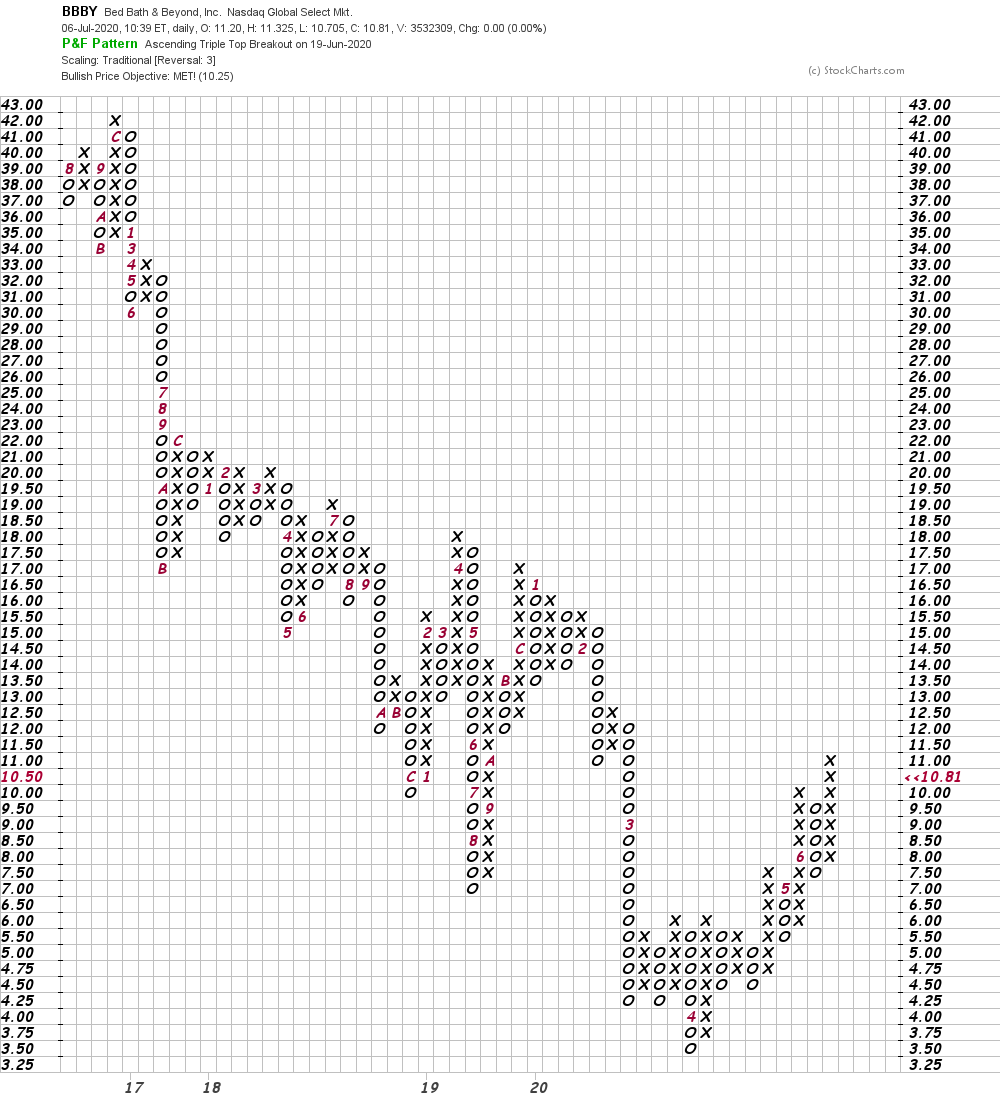 Bottom-line strategy: BBBY could surprise on the upside but my sense of the charts and indicators is that the stock could drift sideways to lower in the weeks ahead.
Get an email alert each time I write an article for Real Money. Click the "+Follow" next to my byline to this article.
TAGS: Investing | Markets | Stocks | Technical Analysis | Retail | Mad Money | Earnings Preview