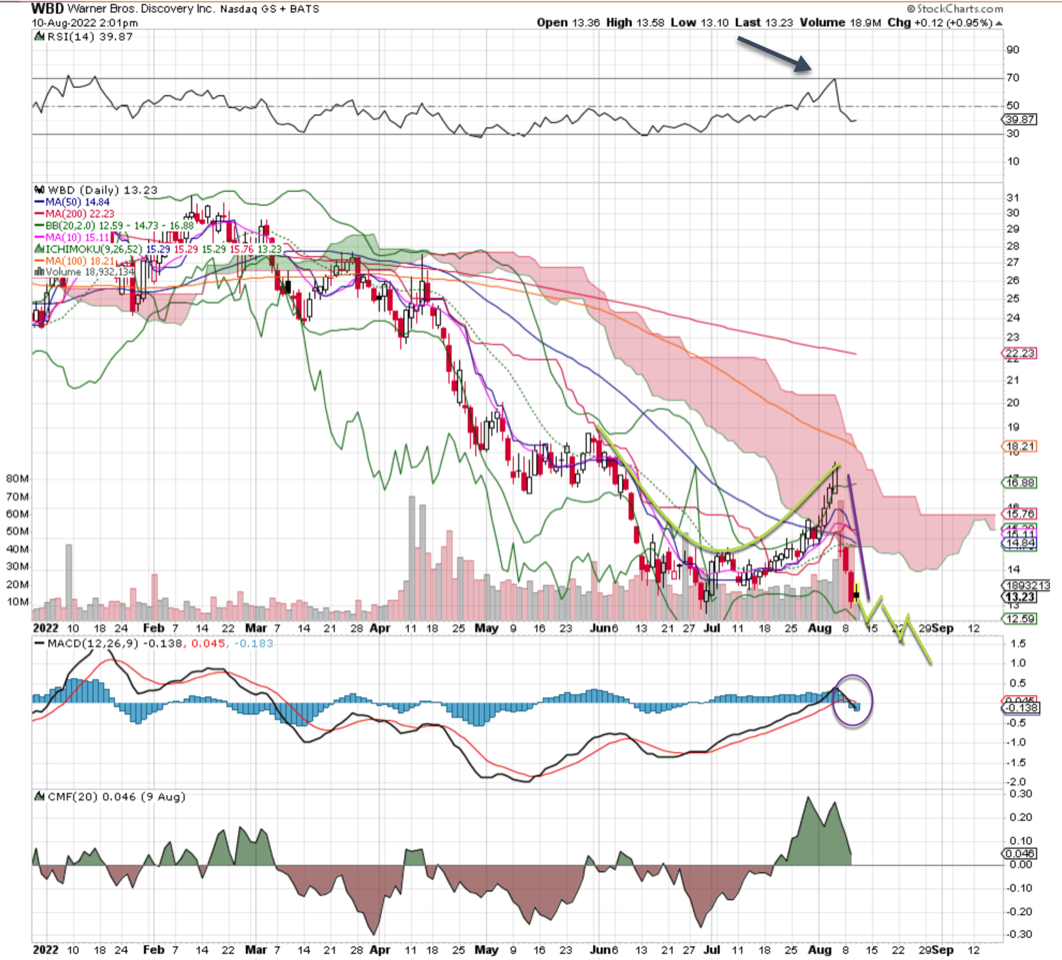 This media giant's stock has been an unmitigated disaster since Warner Bros. merged with Discovery. Looking at the shares from the start of the year, Warner Bros. Discovery has been sitting in a house of pain, with lower highs and lower lows all the way down to the low teens.

Warner Bros. Discovery recently reported second-quarter results that were abysmal -- no surprise there, as the chart was telling you this. While money flow is strong it has weakened; the buyers in July just got spooked.

We could see even more downside in WBD, perhaps into single digits. The Relative Strength Index (RSI) is coming down off a lower high on the price chart; this is just no bueno here. If short, target the $8 area, put in a stop at $17. 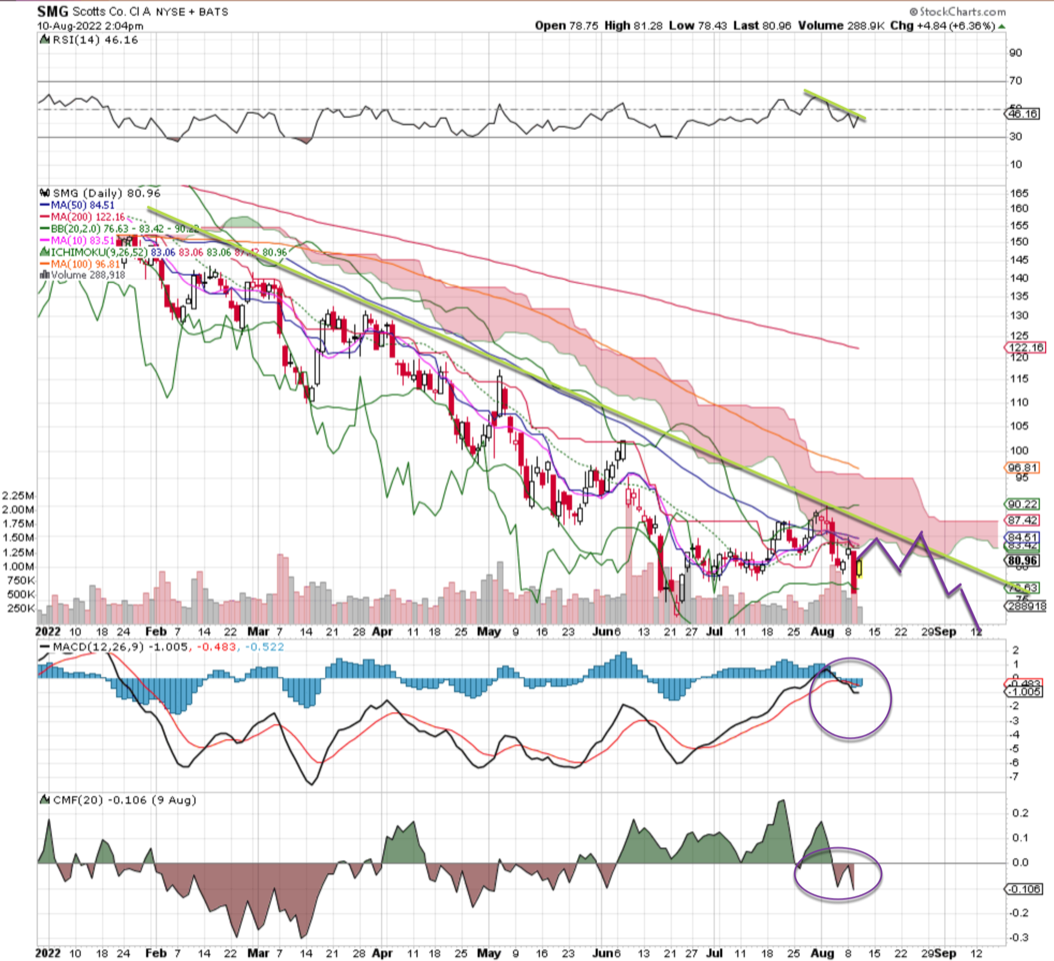 The maker of lawn and garden products is in a miserable downtrend with lower highs, lower lows and a defined trend line. Money flow is bearish and moving average convergence divergence (MACD) is now confirmed for a sell signal. The RSI also is bending lower; this stock looks to have more down to go.

The recent low in June is likely to be penetrated. Let's target the downside to $60, but just in case put in a stop at $84. The cloud is red and the stock is below there, too. 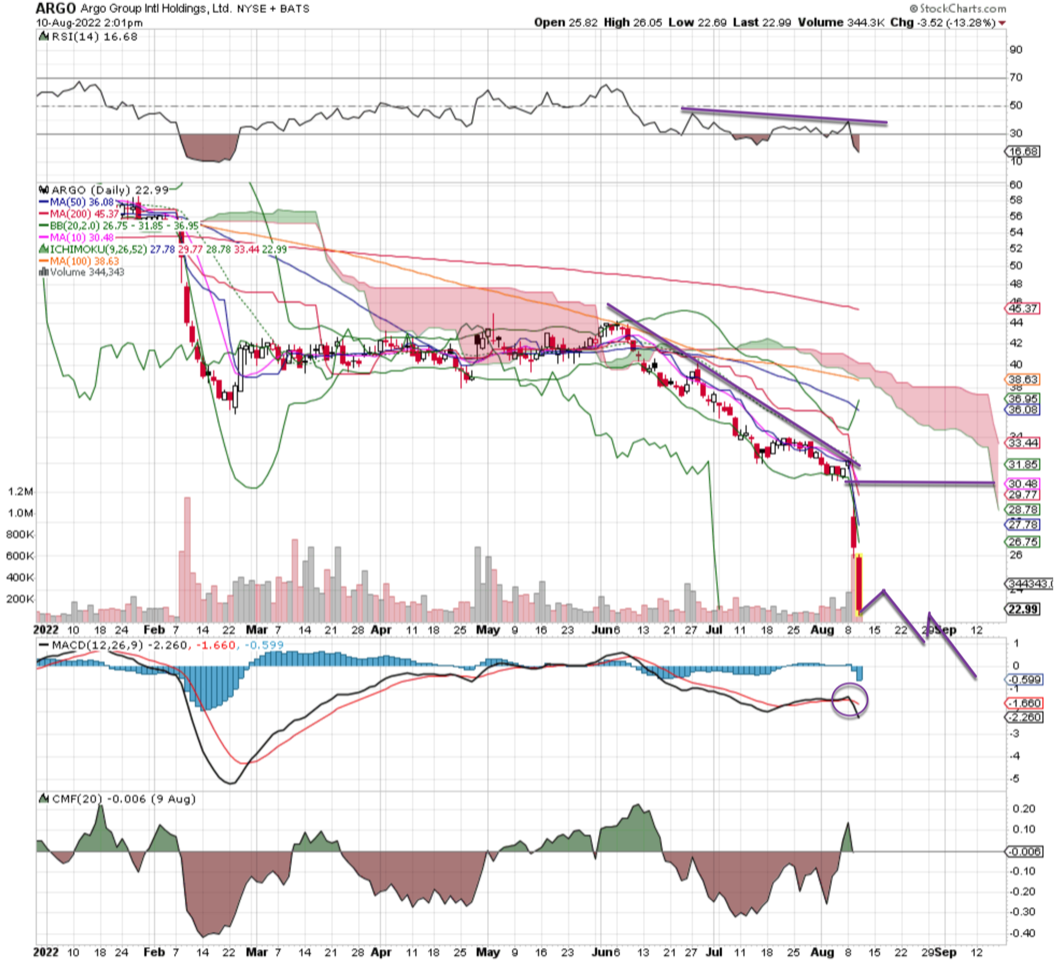 The stock of the specialty insurer was punished last week on higher volume and very weak price action after Argo Group posted a second-quarter loss. With markets up on the week this is a standout loser, and there seems to be more downside on the horizon.

The RSI is deep in oversold territory as Argo fell 45% last week on heavy turnover. MACD has rolled over for a sell signal, and while the stock is beaten up we could see even more downside. Let's target the $14 area, but put in a stop at the gap right at $30 just in case.