Nvidia Corp. (NVDA) recently was downgraded to Hold with a C+ rating by TheStreet's Quant Ratings. 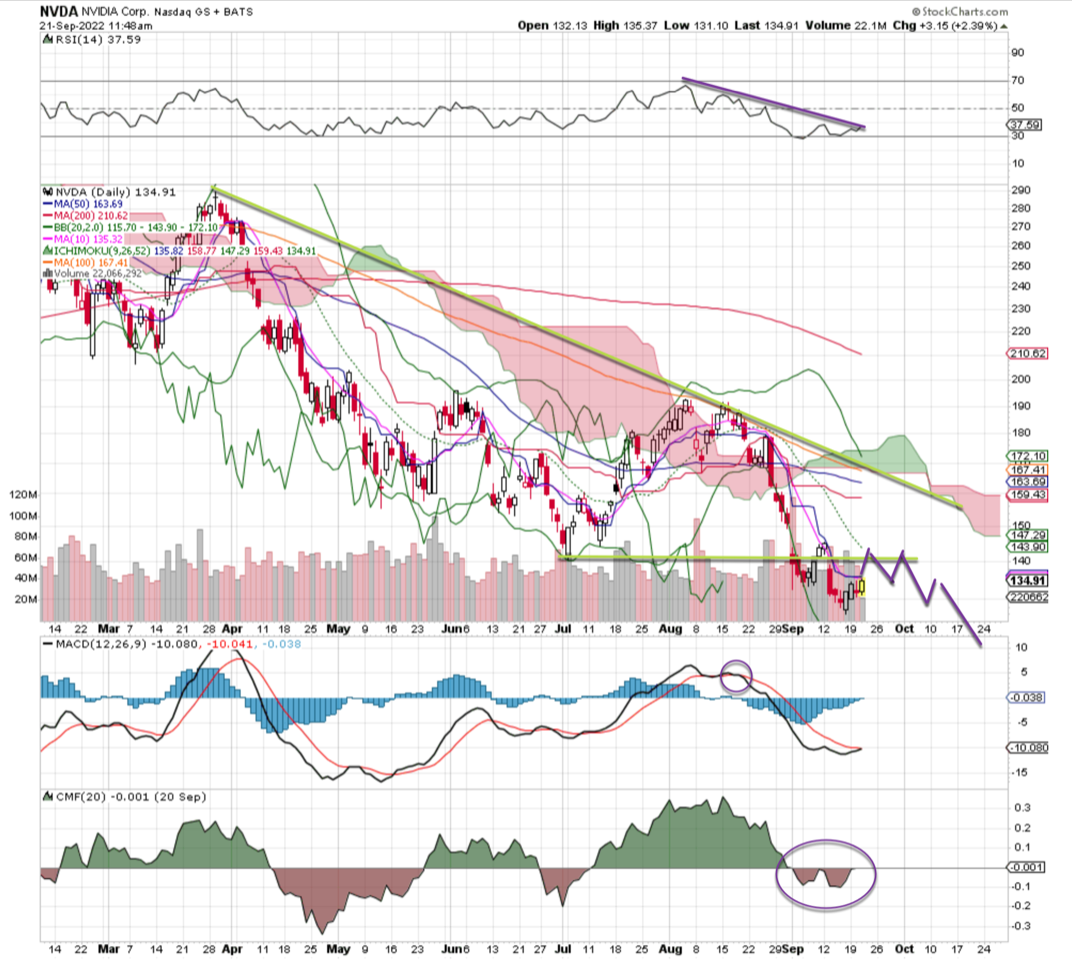 Action Alerts PLUS recently cut this name due to a severe breakdown and poor earnings, and the semiconductor maker was downgraded by Quant Ratings as the technicals continue to erode badly. Money flow is back to negative, and while a few up sessions might alleviate some of the oversold condition the trend is clearly down.

The cloud is red and moving average convergence divergence (MACD) is on a sell signal while the chart shows a consistent flow of lower highs and lower lows. When does it stop? That's not our concern. 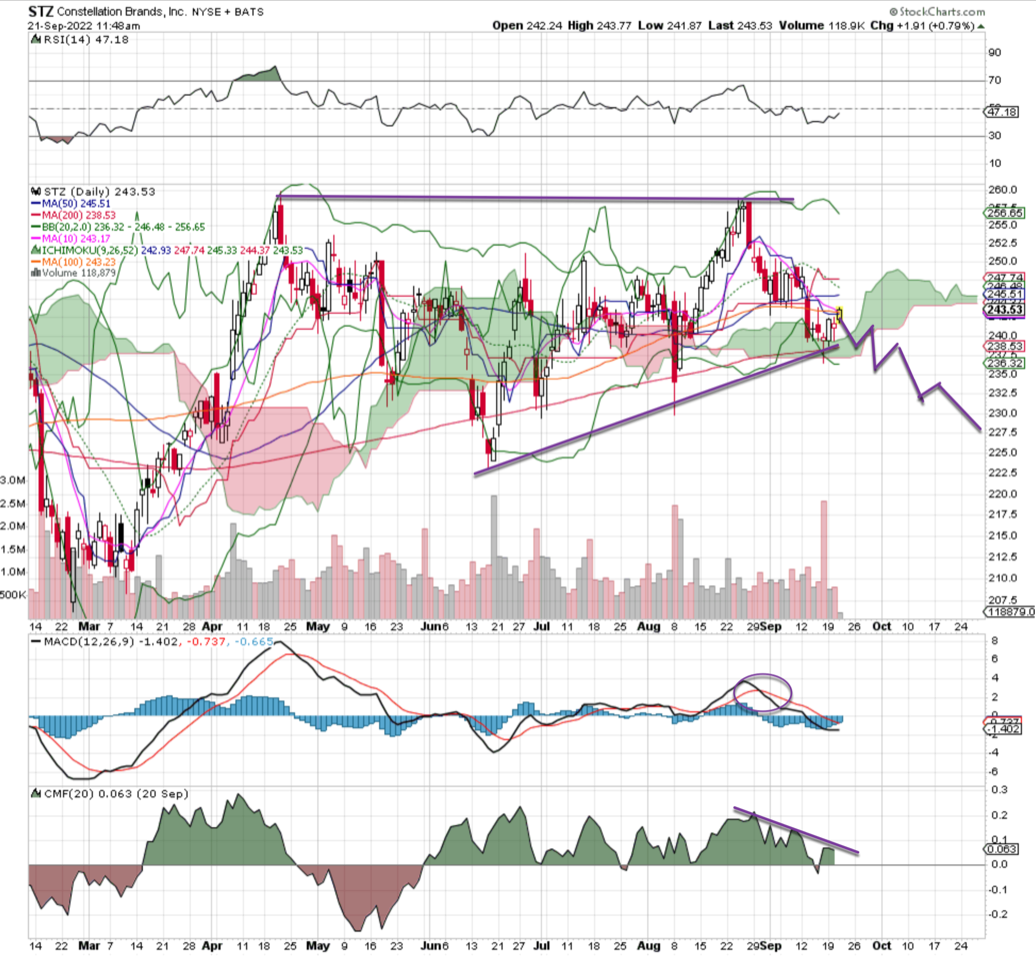 The beer, wine and spirits maker generally is one of those go-to names during good and bad times, but its chart is starting to become challenged. The support line (rising) has been helpful of late, but we can see clearly the double top formed from April and August, with high volume around those two rejection areas. This 200-day moving average test is critical for the bulls, but it may not hold for long.

MACD is on a sell signal while money flow is leaking out of the faucet. We easily can see more downside; put in a stop at $250 and target the $227 area. 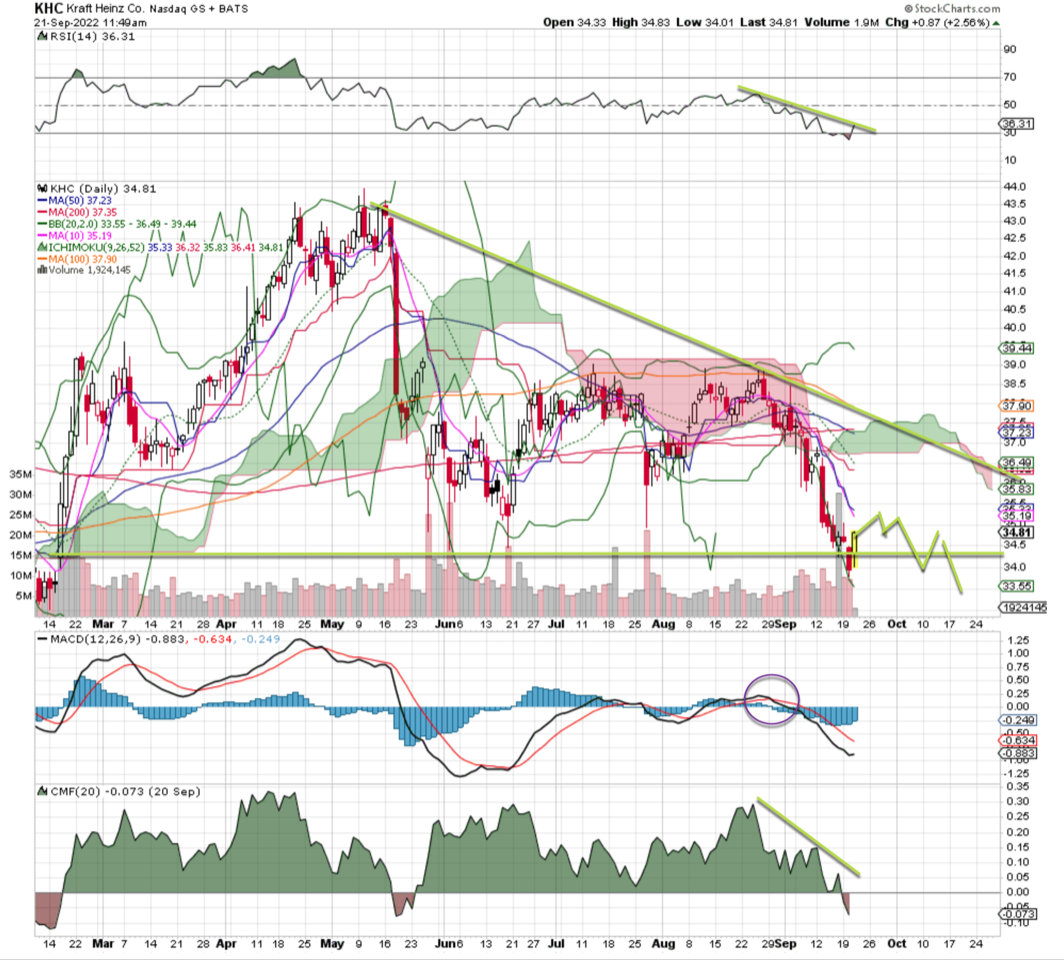 The food and beverage maker remains under pressure, and with a series of lower highs and lower lows the trend is clearly down.

Take a look at money flow, which has flipped bearish, while the MACD is on a sell signal. Also, the Relative Strength Index (RSI) is bending downward with a steep slope, telling us more downside pressure is coming.

The recent pull-up is an excellent spot to start a short; target the $29 area and set a stop at $36 just in case.