Incyte Corp. (INCY) recently was downgraded to Hold with a C+ rating by TheStreet's Quant Ratings. 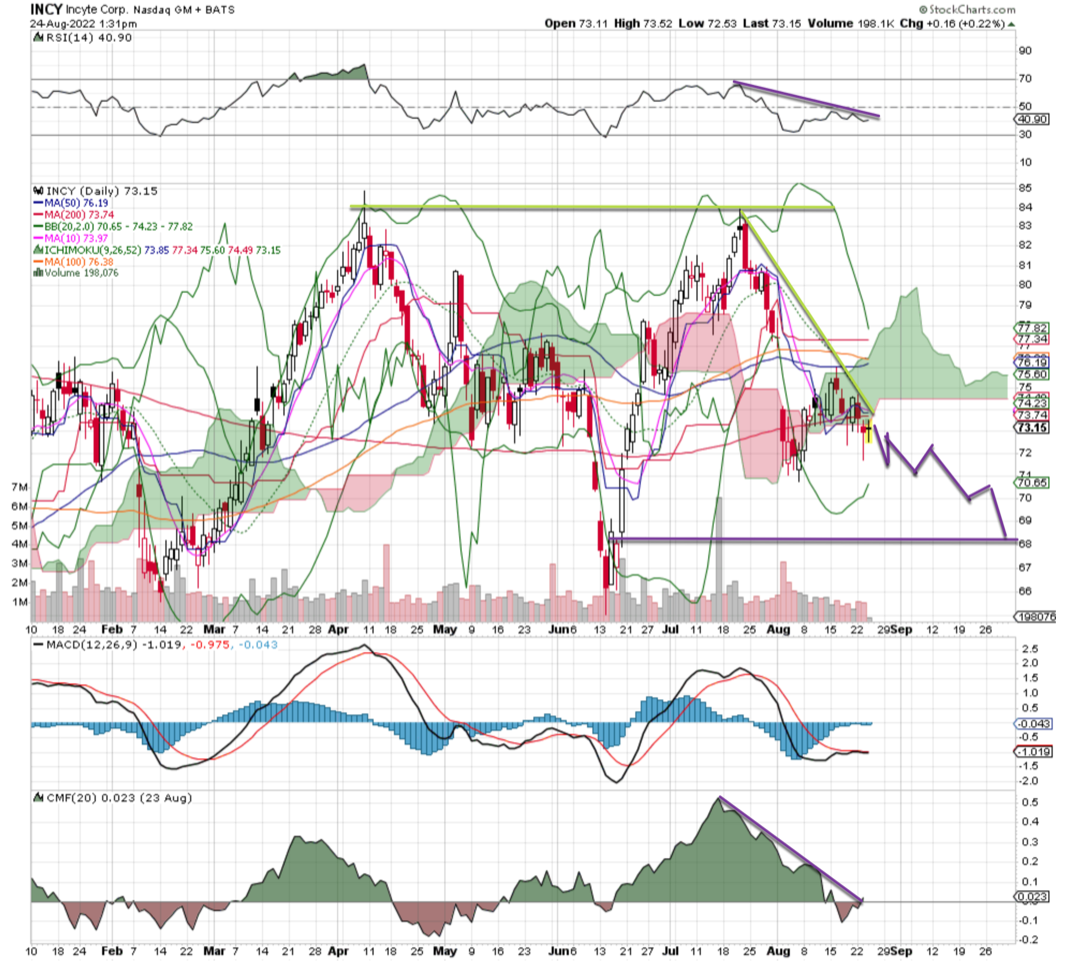 This biopharmaceutical company has been a wild mover this year; it has spanned a big range the past six months of $65 on the low side and nearly $85 on the up side.

A double top is in place and money flow has turned bearish while moving average convergence divergence (MACD) remains on a sell signal. The Relative Strength Index (RSI) is sloping downward at a steep angle, too, and with the June lows not far away we could see a move down toward $67 or so rather quickly. Target that area, but put in a stop around $76 just in case.

Grand Canyon Falls Into the Abyss 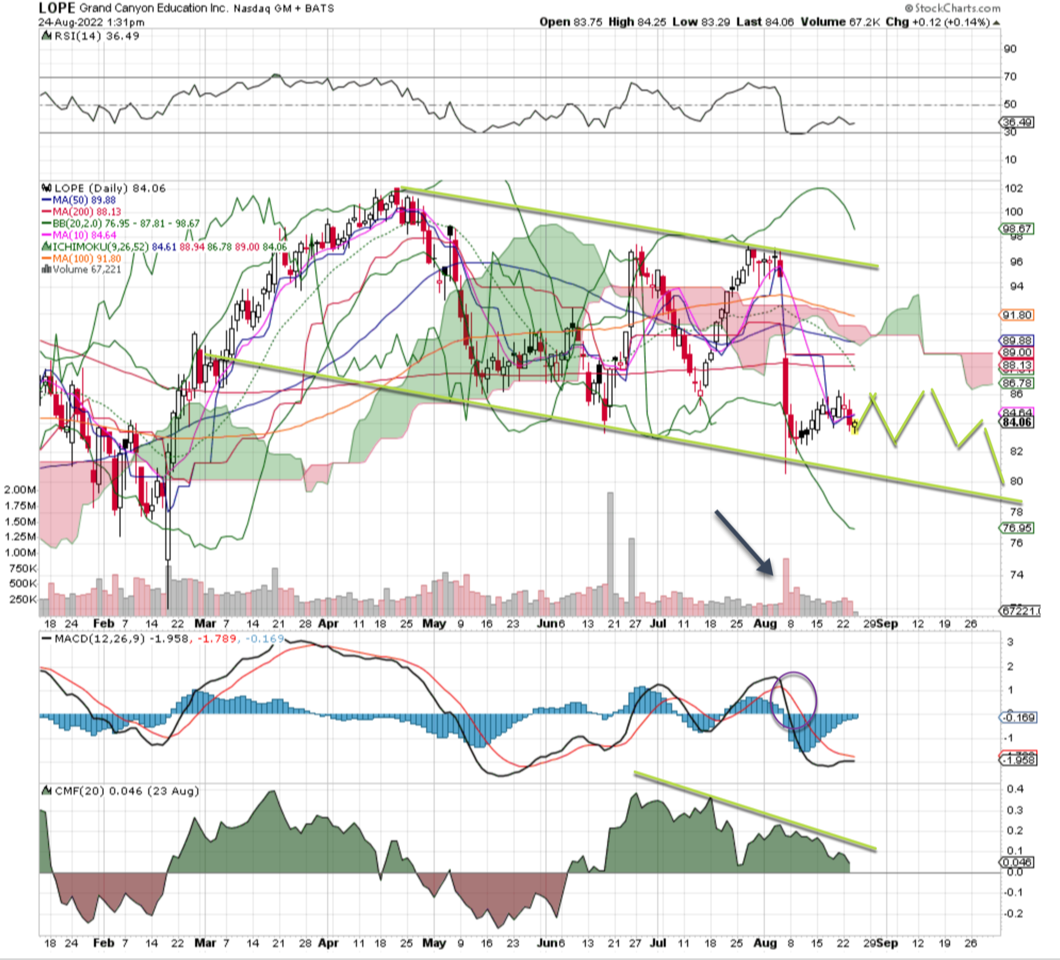 This higher education company has been under fire for a while; the chart shows a wide and slightly angled downtrend channel. Grand Canyon Education is now near the lower end of the channel and got there pretty quickly following a mass of selling in early August. Buyers have yet to step up, so this stock is looking for a bit more downside to come.

With weak indicators (MACD, RSI), a rollover is not a surprise. This really is a nice spot for a short down to the mid $70s; target the February lows around $74, but put in a stop at $91 just in case.

Medifast Inc. (MED) recently was downgraded to Hold with a C+ rating by TheStreet's Quant Ratings. 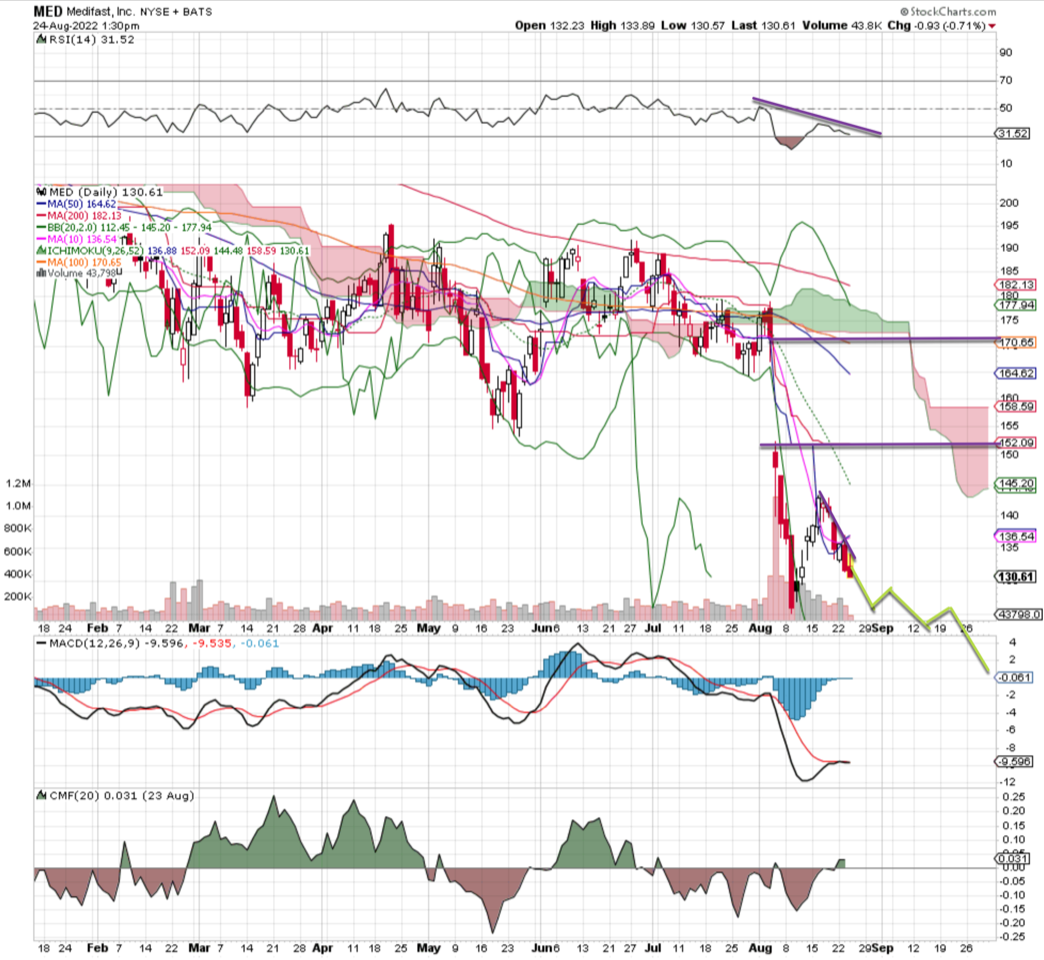 The producer of weight-loss products shows a monster move down on huge volume, but also follow-through after a bit of short covering. Medifast looks broken here, with a bearish RSI and red cloud along with a sell signal on the MACD.

This situation could get ugly, with a break of that recent low in early August. We think it will happen. Target an aggressive move down to $115 or so, and put in a stop at the recent high of $145. This could be a nice payoff once that August low breaks.

Get an email alert each time I write an article for Real Money. Click the "+Follow" next to my byline to this article.
TAGS: Short-selling | Investing | Stocks | Technical Analysis | Bearish Bet | Biotechnology | Consumer | Consumer Services | Healthcare | Quant Ratings | Real Money