PVH Goes Out of Fashion

PVH Corp. (PVH) recently was downgraded to Hold with a C+ rating by TheStreet's Quant Ratings. 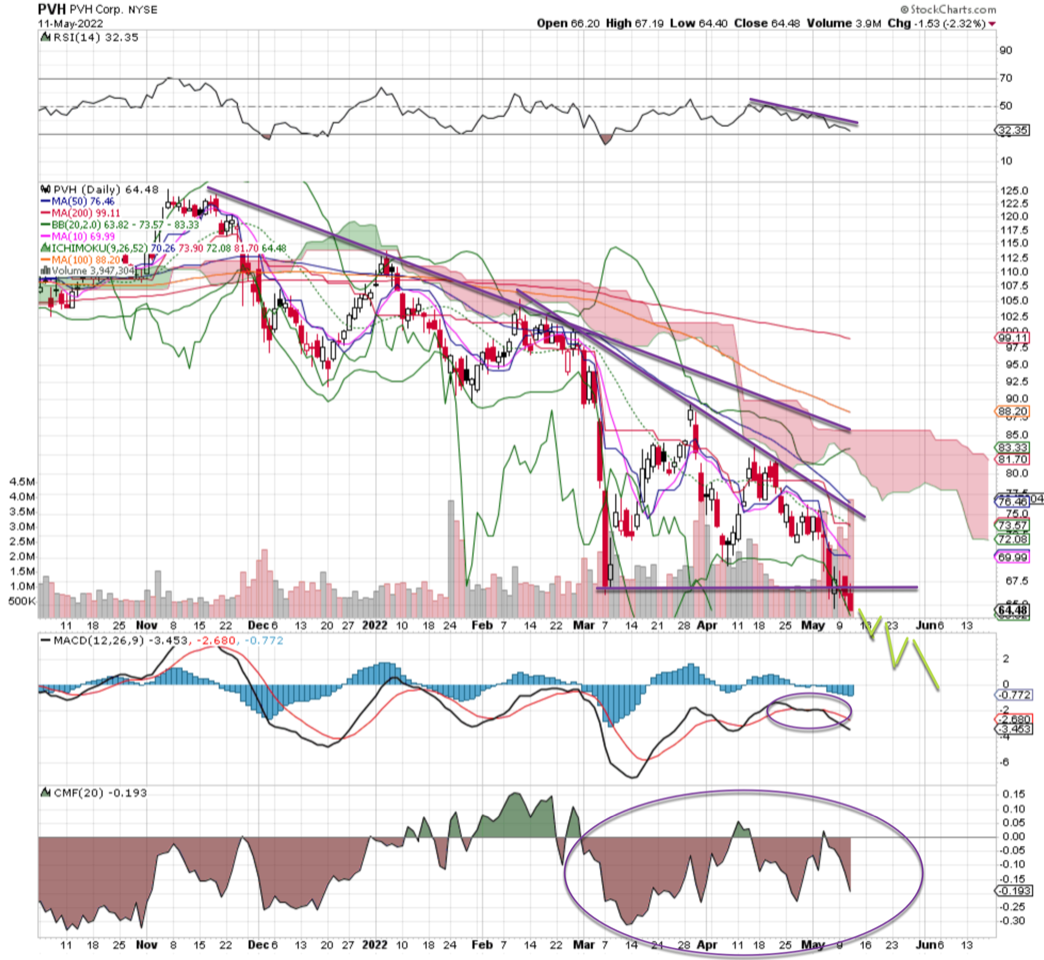 Retail has been hit hard recently and even the finer names have been struggling. PVH is one of those, with the stock of the apparel maker behind Tommy Hilfiger and Calvin Klein moving sharply lower and through support.

The Relative Strength Index (RSI) is sloping downward at a steep angle, which tells us more selling is likely soon. Money flow is poor and moving average convergence divergence (MACD) is on a sell signal. 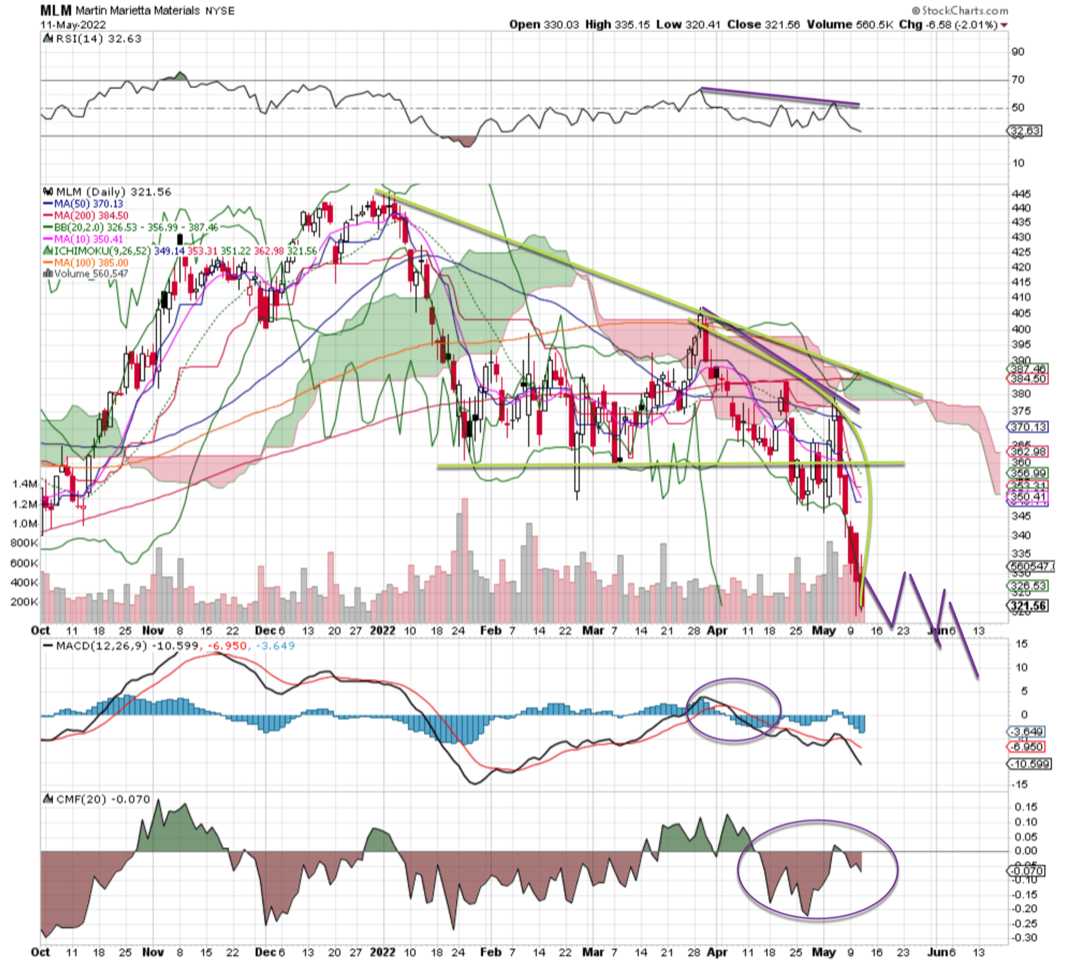 The supplier of aggregates and building materials fell sharply last week on pretty strong turnover. That means the selling was done by big institutions, a clear distribution. MACD is on a sell signal crossover, while short-term moving averages are bending lower.

The cloud is red, which points toward lower prices to come.

We could see this stock make a run at $300 or so, but put in an aggressive stop at $350 just in case the bulls bring the stock higher. Turnover has been very strong lately, bearish.

MicroStrategy Is Punished Bit by Bit

MicroStrategy Corp. (MSTR) recently was downgraded to Sell with a D+ rating by TheStreet's Quant Ratings. 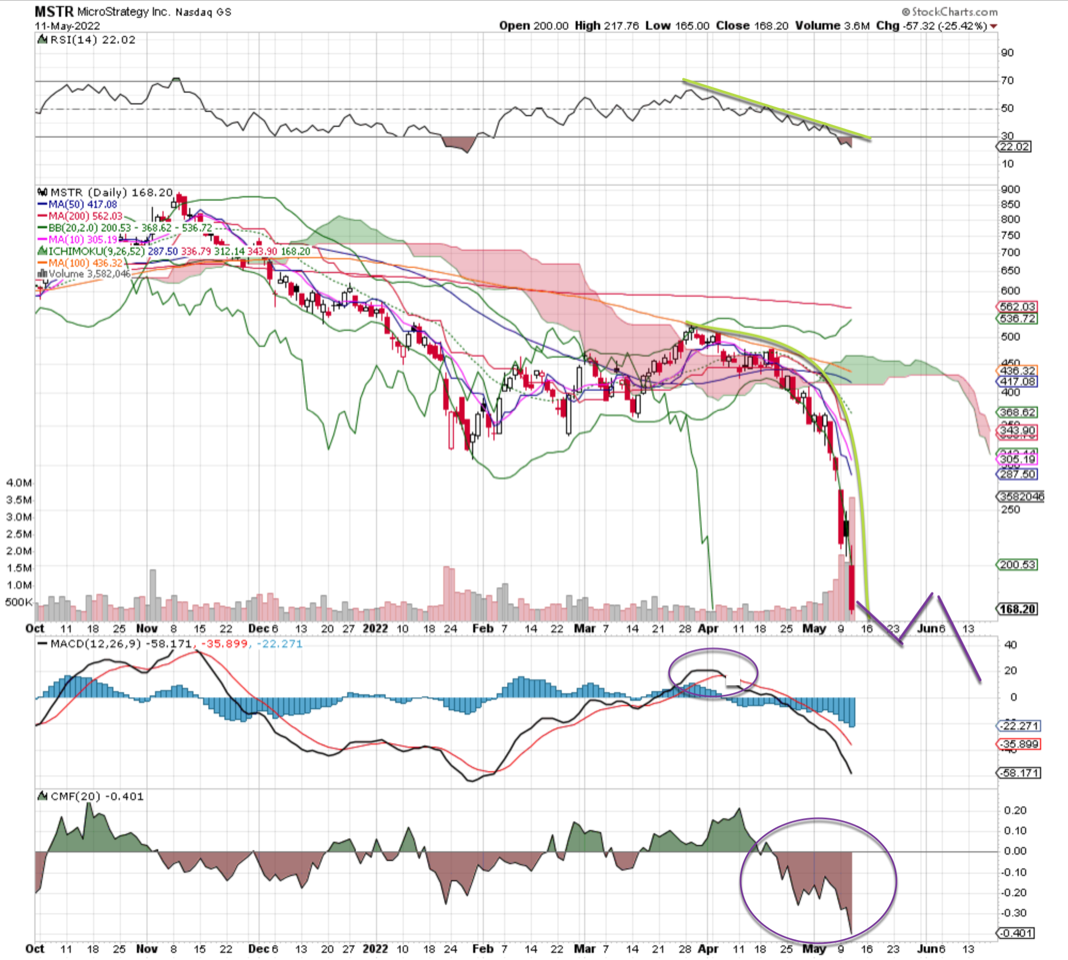 Live by the sword, die by the sword. The provider of enterprise analytics software is now a Bitcoin proxy play, and the stock has been punished hard as the cryptocurrency has fallen on hard times. MicroStrategy's chart tells the story, with lower highs and lower lows and a waterfall decline that is epic.

MACD is on a sell signal while money flow has been in full retreat for weeks. The RSI is extraordinarily bearish here, and there is just little support for the stock.

Get an email alert each time I write an article for Real Money. Click the "+Follow" next to my byline to this article.
TAGS: Bitcoin | Investing | Stocks | Technical Analysis | Bearish Bet | Apparel | Consumer | Materials | Software & Services | Industrials | Real Money | Cryptocurrency