Global money manager BlackRock Inc. (BLK)  reported better-than-anticipated fourth-quarter earnings numbers Friday and record assets under management but the stock is lower in early trading. Let's check out the charts and indicators to see where BLK could be heading now.

When we last looked at the charts of BLK it was Oct. 11 ahead of third-quarter earnings and we wrote that "... the charts favor a positive reaction by traders." Prices rallied from October into mid-November and reached new highs. This time around the price of BLK had been declining ahead of earnings.
In the updated daily bar chart of BLK, below, we can see that the shares have broken below the rising 200-day moving average line. The slope of the shorter and more sensitive 50-day moving average is negative or bearish.
The On-Balance-Volume (OBV) line has been in a decline since the middle of November and tells me that sellers of BLK have been more aggressive. The Moving Average Convergence Divergence (MACD) oscillatory fell below the zero line in early December for an outright sell signal.

In the weekly Japanese candlestick chart of BLK, below, we can see a weakening picture. Prices have closed below the rising 40-week moving average line.
The weekly OBV line has been "rolling over" for several months. The MACD oscillator is still above the zero line but it has been weak since June.

In this daily Point and Figure chart of BLK, below, we can see a downside price target of $834. 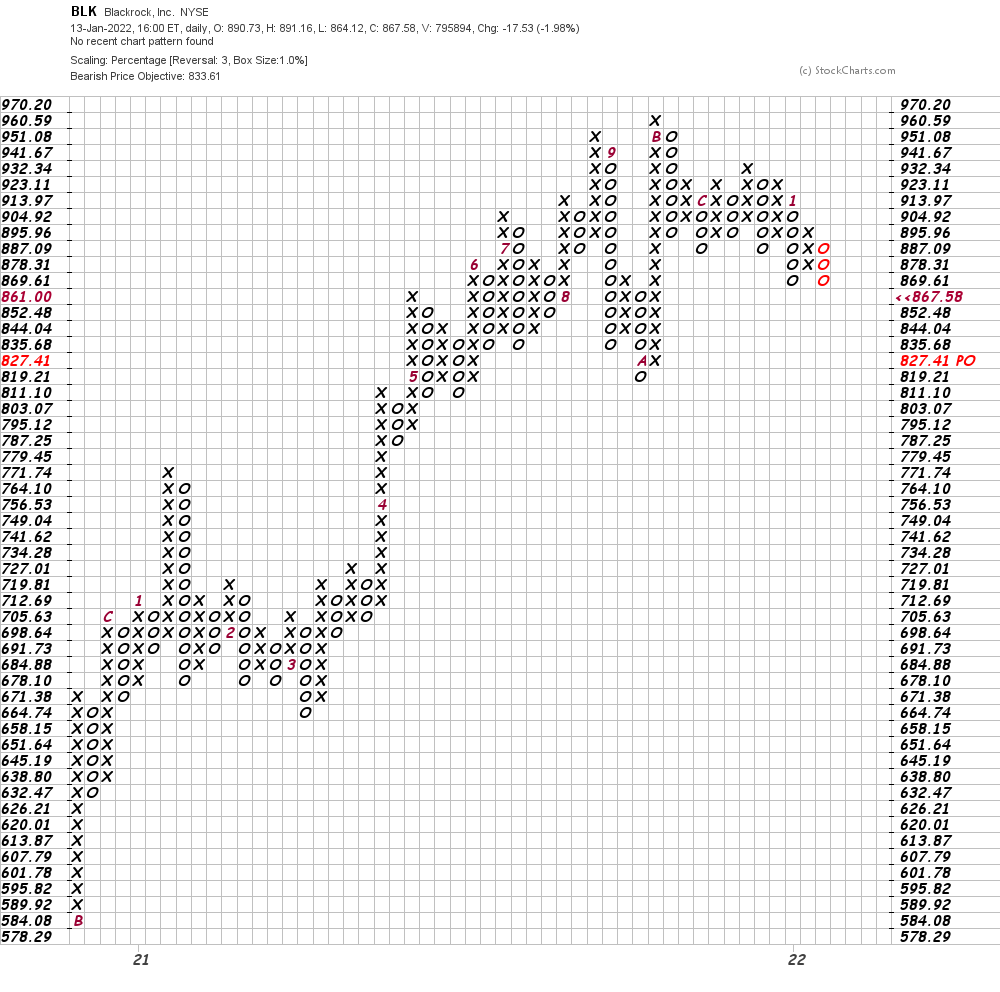 In this second Point and Figure chart of BLK, below, we used weekly price data. Here the software projects a potential target of $808. 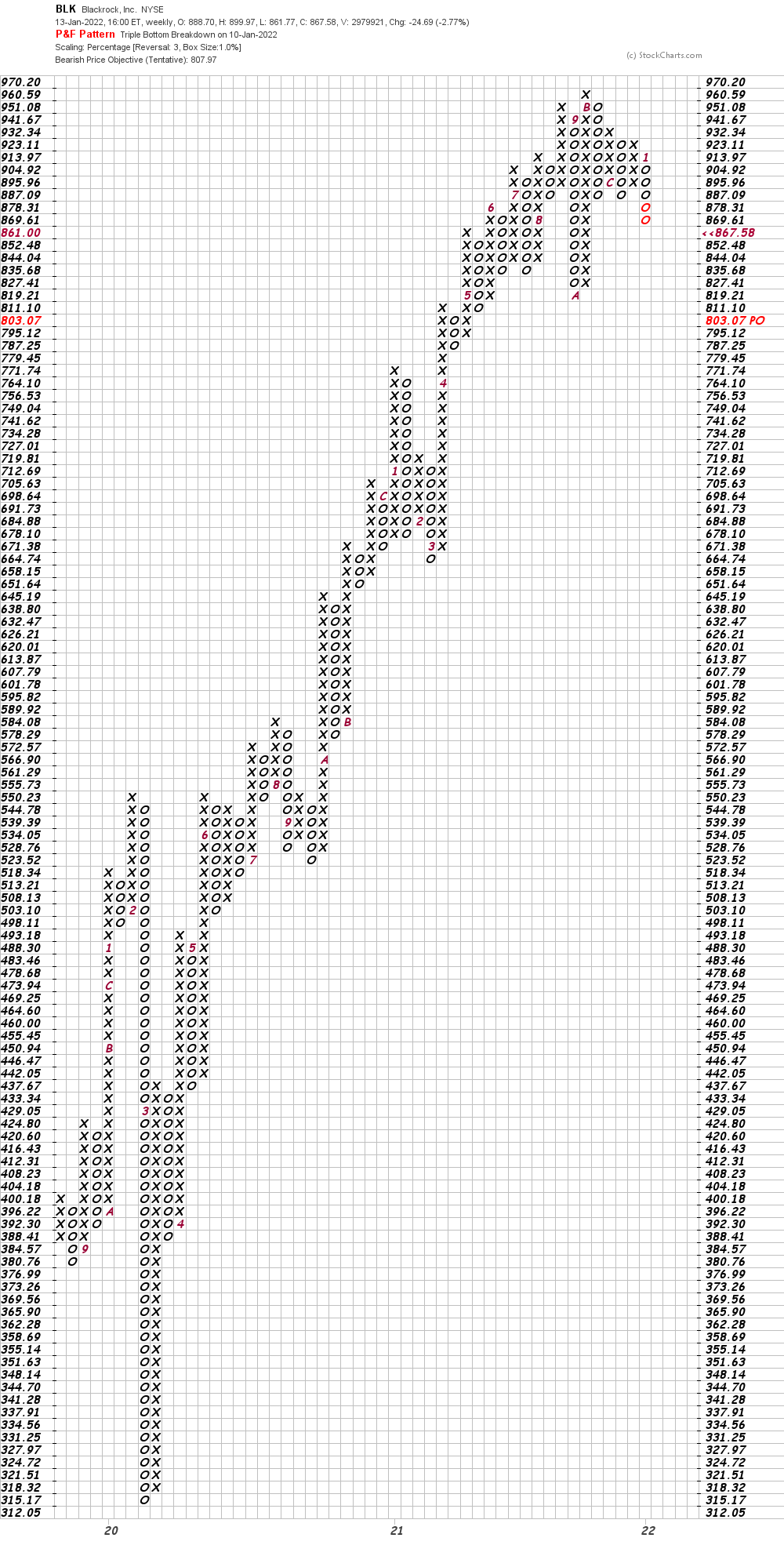 Bottom-line strategy: BLK is pointed lower and the key area to watch is the early October low. If prices hold above the $825 area it will be a good sign. Trade carefully. A close below $825 is likely to precipitate further declines.
Get an email alert each time I write an article for Real Money. Click the "+Follow" next to my byline to this article.
TAGS: Earnings | Investing | Stocks | Technical Analysis | Financial Services