During Monday's Mad Money Jim Cramer told viewers that with manufacturing recovering, even the auto sector seems to be improving, with car prices at CarMax (KMX) and AutoNation (AN) getting better.

Shares of AutoNation just pushed up to a new 52-week high so let's check out the charts of AN.

In the daily bar chart of AN, below, we can see that the shares declined from November to March before rebounding. AN pulled back in early April for a classic retest of the March low. The stock rallied into early June before a correction and rallied again into August before correcting last month.

The On-Balance-Volume (OBV) line has been rising strongly since early February and tells us that buyers of AN have been more aggressive than sellers. This supports and confirms the price advance. The Moving Average Convergence Divergence (MACD) oscillator corrected lower in August and September but looks like it is turning upward for a new buy signal.

In the weekly bar chart of AN, below, we can see that prices are challenging the highs of early 2018. The shares are trading above the rising 40-week moving average line and not particularly extended.
The weekly OBV line shows a rise from early 2019 and recently broke above its 2019 high. The MACD oscillator is bullish and pointed higher.

In this monthly bar chart of AN, below, we went back to include all the price data on www.bigcharts.com. AN only has some old resistance around $60-$67 from 2015. This should not be a big obstacle.

In this daily Point and Figure chart of AN, below, we can see the recent upside breakout to a new high as well as the $81 price target. 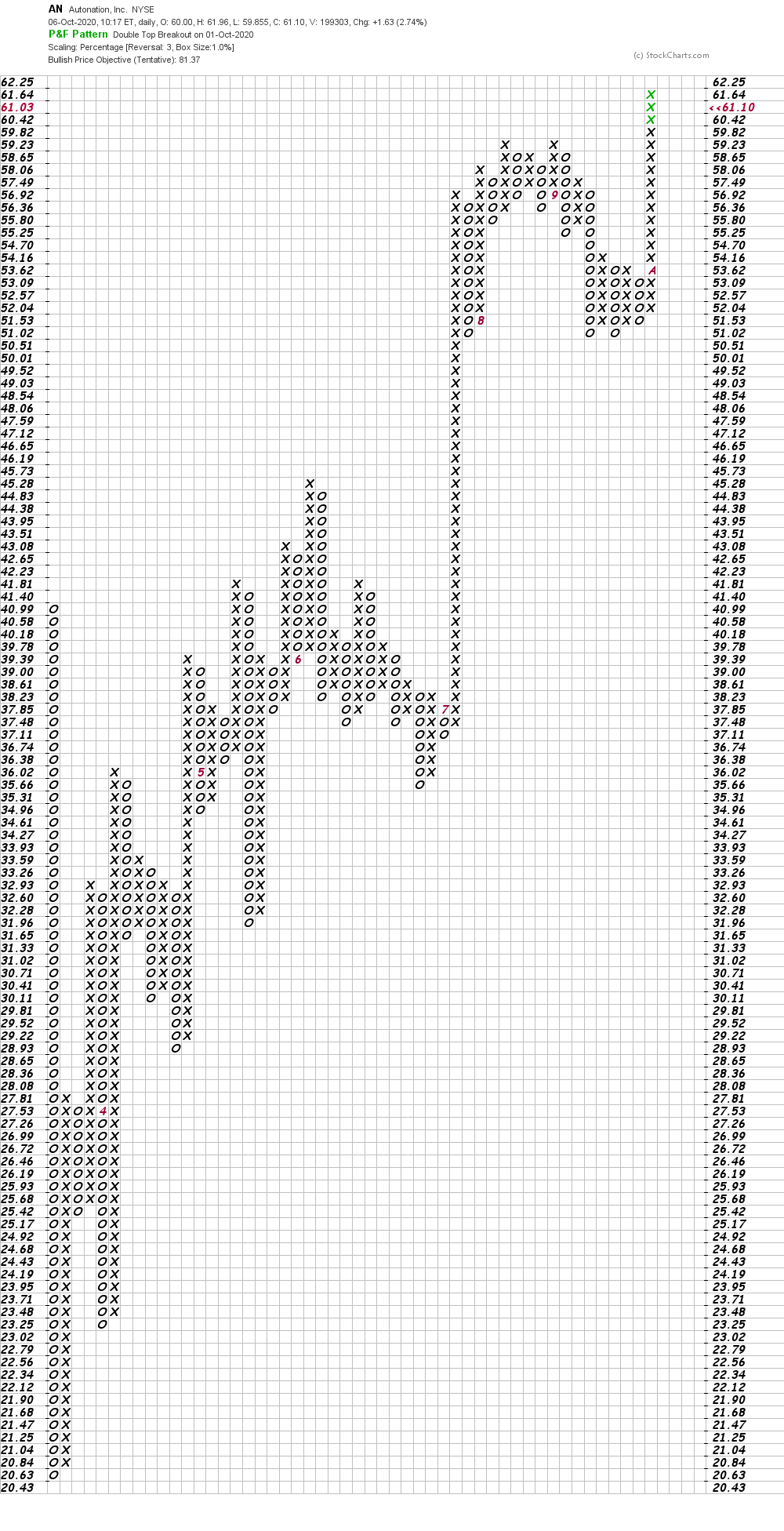 In this weekly close-only Point and Figure chart of AN, below, we used a traditional even dollar method of scaling. Here the chart suggests a price target of around $102. 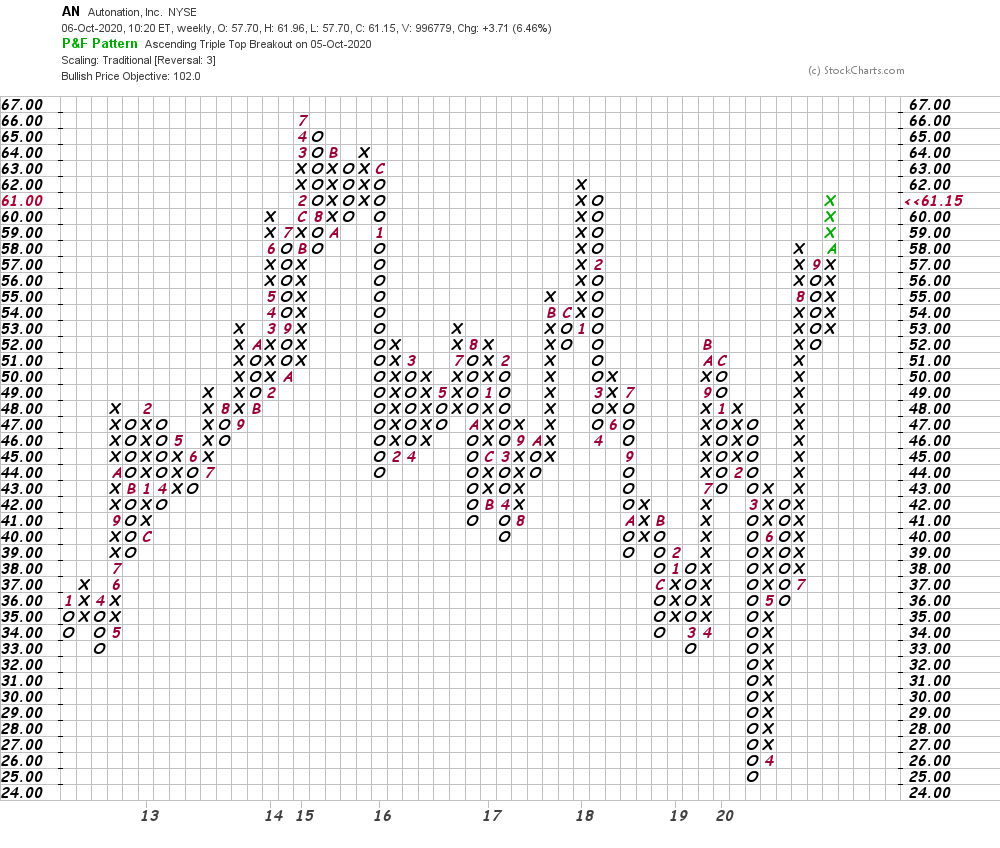 Bottom-line strategy: Traders could approach AN from the long side at current levels risking a close below $54 for now. Our price objectives are $81 and then $102.
Get an email alert each time I write an article for Real Money. Click the "+Follow" next to my byline to this article.
TAGS: Investing | Stocks | Technical Analysis | Automotive | Mad Money

Has the January Effect Commenced?

This could be the start of nice rally in the beaten-down parts of the market, but here's why I am not chasing it.

Can you call a company with a sub 1.0 current ratio a 'value stock'? I'm thinking not.

This Market Needs Some Rest and Consolidation After a Big Move

We need less volatility before traders are more comfortable focusing on fundamentals again.

7 Positive Technical Events That Just Happened in the Market

Let's take a closer look at where the markets stand right now.

SBUX probably has bigger problems than the unionization of some of their employees.