No matter how many years I have been at this game we call the market I find it still manages to surprise me at times.

What surprised me on Thursday was that I figured we'd pull back after the big up day on Wednesday -- but I thought maybe we'd give back 20 or 30 points on the S&P. I did not think we'd give it all back and then some.

But you know what else surprised me, actually more than surprised me, was how little the charts were damaged. I think there were a handful of charts that broke to lower lows. In fact, statistically I can present it to you like this.

On Monday, the New York Stock Exchange saw 628 stocks make new lows. On Thursday, the NYSE saw 379 new lows. That's not even close to an increase in new lows. This surprised me.

On Monday Nasdaq saw 734 new lows and Thursday there were 653. That is in the same ballpark. But if we go back to last week's new lows for Nasdaq, we find there were 862, so now there were about 200 fewer new lows. 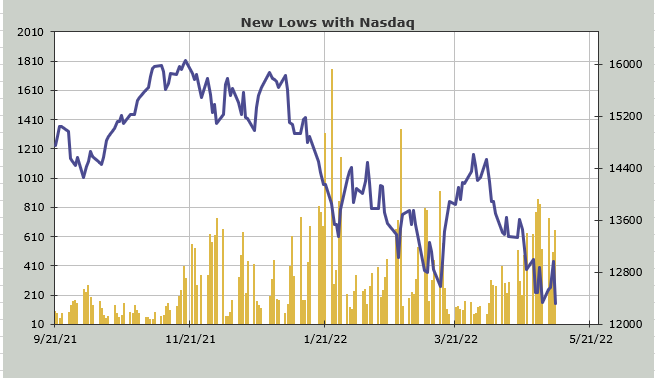 We looked at the iShares U.S. Home Construction exchange-traded fund (ITB) a few days ago for the housing stocks. It has been making higher lows for a month now. On Wednesday it had a big pop to the downtrend line. Now look what it did on Thursday -- with bonds collapsing -- it gave back Wednesday's rally but not much more. That's what I mean: I have a pile of charts that look like that.

Yet 92% of the volume on the NYSE was to the downside. Nasdaq only had 83%, but volume for the QQQs surged to levels not seen since late January, just before a short term rally. 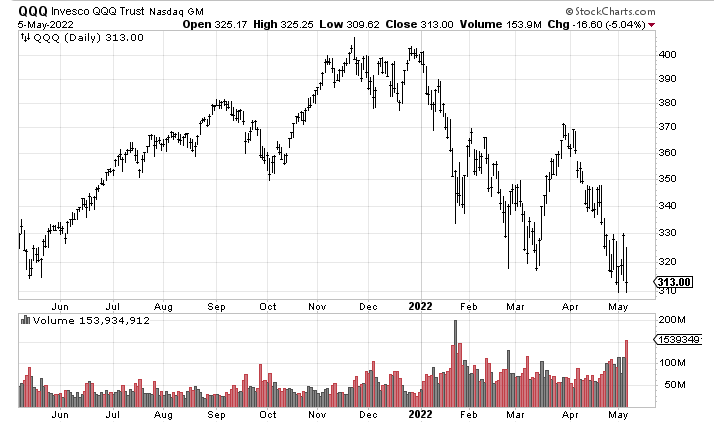 And what of bonds, where I had thought we'd rally post the Federal Open Market Committee
meeting only to be proved wrong. The only solace I have there is that the head-and-shoulders bottom in rates measured to 3.1%, and that's pretty much where rates on the 10 year got on Thursday.

My big surprise was that the Daily Sentiment Index (DSI) is only at 10, not at single digits.

We already know sentiment is sour. Do I think it is capitulatory and panicky? I do not.

There is one final indicator that surprised me: the Volatility Index. I like a jumpy VIX, and it has refused to get jumpy. In fact, it remains lower than it was in March. So, is the lack of a jumpy VIX bearish or is the fact that the VIX can't make a higher high bullish, because it's a divergence?

The S&P heads into the jobs number on Friday with a record of having been up only once in the last five Fridays. I would think at some point the market attempts a rally on Friday, but can it hold on to it?