Although it has not been very evident from either the major stock market indices or the business media, a great number of smaller capitalization stocks have been in deep corrections or in bear markets since February.

Probably the easiest way to illustrate some of this dynamic is with the iShares Russell 2000 Growth Index Fund ETF (IWO) , which has been in a downtrend for about five months now. Bit even this index understates how poor action has been in other groups such as small biotechnology, SPACs, and even certain cryptocurrencies.

One of the big reasons there has been so much weakness in this part of the market is that SPACs, cryptocurrencies, cannabis, and meme trading soaked up billions in liquidity that typically flows into these secondary speculative names. SPACs alone have caused huge amounts of capital to be parked in IPOs, which have been dead money for months.

Recently several market strategists that I respect, such as Real Money's Helene Meisler and Tom Lee, have talked about bottoming action in small-caps. There have been a couple of false starts in the group starting last Monday, but bottoms in a group like this usually don't come too easily or clearly.

One of the great frustration of small-caps recently is that individual merit, good stories, and favorable valuation just has not mattered. What does matter is that a stock is part of the out-of-favor group.

I'm optimistic that we are close to a shift, and with earnings reports coming up for many of the names, I'll be watching for positive anticipation and favorable reaction. Currently, there is still a tendency to sell into any strength since there has been very limited momentum for quite a while.

I'm ready to become much more aggressive with the entire group. All we need is some sustained relative strength. 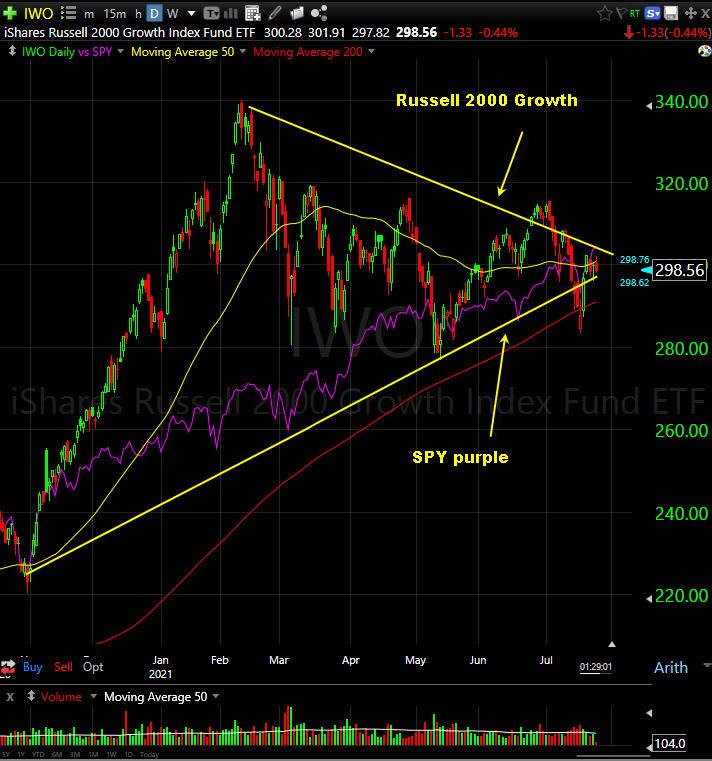 Get an email alert each time I write an article for Real Money. Click the "+Follow" next to my byline to this article.
TAGS: Indexes | Investing | Markets | Small Cap | Stocks | Trading