Foroughi said AppLovin first built the tools for app developers to monetize their apps. It next built its own game business to utilize its tools and harness first-party data to make those tools even better. Now, he said, AppLovin has the tools and data that acts as fuel for advertisers.

Let's check the charts of APP.

In this daily Japanese candlestick chart of APP, below, we can see an initial decline from the initial public offering (IPO) date followed by a strong rally into the middle of June. From the June zenith prices have declined to nearly retrace the whole advance. Prices are below the 20- and 50-day moving averages. In August so far we can see small real bodies and lower shadows, suggesting that bulls and bears are in balance and traders have begun rejecting the lows. The On-Balance-Volume (OBV) line has been weak since the middle of June, telling us that sellers of APP have been more aggressive. The Moving Average Convergence Divergence (MACD) oscillator is bearish.

In this weekly Japanese candlestick chart of APP, below, we can see a short series of spinning tops that can be a reversal pattern. So far we have not gotten a bullish confirmation following the spinning tops.

In this daily Point and Figure chart of APP, below, we can see a potential downside price target in the $47 area. 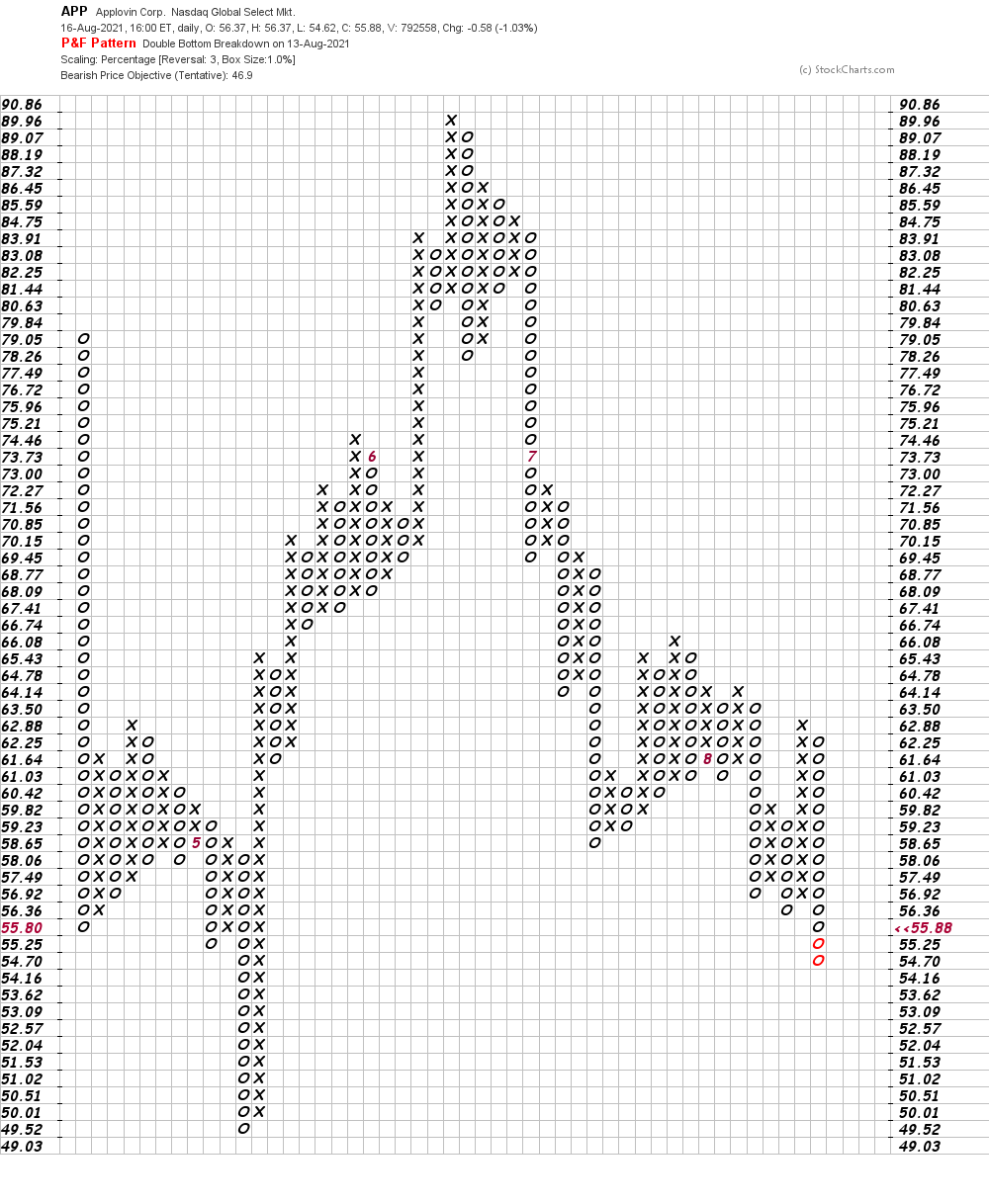 Bottom line strategy: The fundamentals behind APP may be bullish but the charts have yet to build a base pattern that could support gains. Stand aside for now.

Get an email alert each time I write an article for Real Money. Click the "+Follow" next to my byline to this article.
TAGS: Investing | Stocks | Technical Analysis | Software & Services | Technology | Real Money