Is the U.K. going to blow us up? I do not know and I wouldn't even pretend to know. What I do know is that every stock person seems to spend more time talking about bonds and currencies than they do stocks.

And, yes, the buck needs to stop soaring. And the bonds need to stop going down. Why? Because until they do, no one will trust any move to the upside in stocks. In fact, until those two instruments calm down, everyone will be waiting for something to go awry.

What I found so interesting in Tuesday's action was that for the first time in a month, the S&P had a single-digit point change on the close. I would liken that to the game of tug of war. Early in the morning, the S&P gained 40 points, so the bulls pulled the bears over the line, but then they let the rope go slack and, boom, the bears took control. The bears managed to dig in their heels and they pulled the bulls back over the line. But in the end neither the bulls nor the bears were able to pull that big guy on the end over to their side.

I would say that is the oversold condition at work. In fact, you can see it on the chart as the Oscillator ticked up, anyway.

I would also note that when those bears pulled the bulls over to their side and made a lower low in the S&P 500, they were not able to get an increase in stocks making new lows. Friday the New York Stock Exchange had 1,106 new lows. Tuesday, with the S&P making a lower low than Friday, there were 893 new lows. 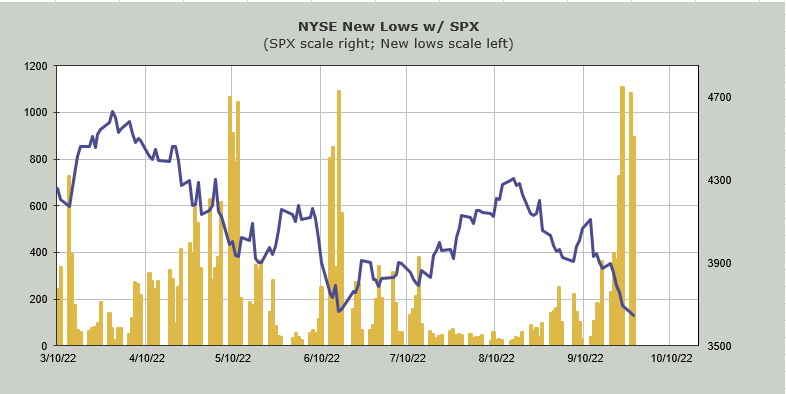 Over on Nasdaq, we have seen the number of stocks making new lows contract from 1,224 on Friday to 912 on Tuesday. Sure, they can expand again at any time, but when given the chance during the first two trading days of this week, they did not do so. 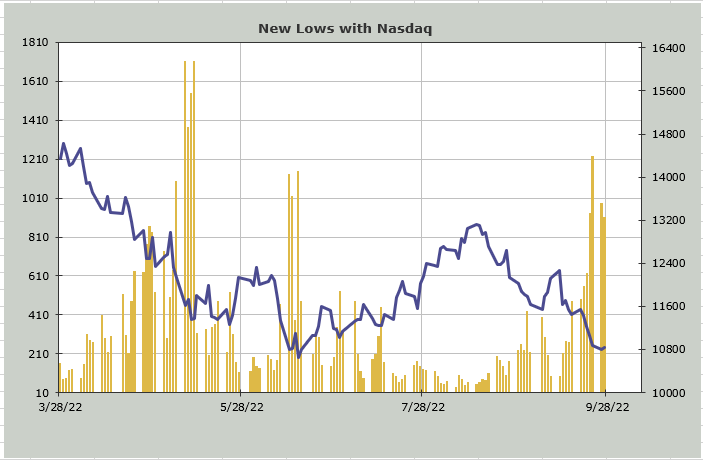 The other noteworthy change was that the utilities, which all of a sudden three weeks ago saw so much love -- almost out of nowhere, maybe because they were the only group still up -- have collapsed. The Utes are now down 12% in a straight line. I would be shocked if they do not bounce off this $920-ish area. I don't much care for the chart, but at some point they ought to bounce.

The other change is that the transports were up over 1% on the day. This group has been awful (and the Dow Theory is in effect) but the Transports have spent the year bouncing off this line, why should this time be different?

The market is not in great shape. I mean have you seen the chart of high-yield bond fund (HYG) lately? But that doesn't mean we can't have an oversold rally in early October -- in fact, that's what I continue to think we'll see.