Apple (AAPL) analysts are telling investors not to read too much into Qualcomm's (QCOM) injunction granted by a Chinese court in Fuzhou on Monday morning.

Shares of Apple have rebounded from their depressed state in tandem with the calls from analysts and interest in buying expressed by Jim Cramer on CNBC.

"While we think that Apple could continue to face headline risk in its battle with Qualcomm, it appears that Apple will be largely unaffected by this ruling," Wells Fargo analyst Aaron Rakers said in his take on the action.

Rakers maintained his "Market Perform" rating while highlighting a $210 price target, which would still provide significant premium for investors at the stock's current level.

Morgan Stanley Katy Huberty added that the iOS11 that the injunction applies to is no longer widely used either, minimizing the impact.

"Currently, 70% of Apple's device installed base operates iOS12 (21% operates iOS11 and 9% operate an older OS) and, more importantly, all devices are currently sold with iOS12," she explained. "Therefore this injunction initially appears limited in its scope."

Huberty added that she views the dispute as more of a negotiating tactic than a suit that will produce a winner and a loser.

"As a frame of reference, during the 7 years of litigation between Apple and Samsung (SSNLF) , which ended with a settlement earlier this year, Apple won an injunction against some of Samsung's smartphones models, however since it applied only to legacy models the injunction was viewed more as a negotiating tactic than anything broader," she explained.

Further, the injunction is not seen as one that can be held for a long term either, as Apple has already signaled its intention to appeal the ruling and push the decision on to a higher court that might be more amenable to their protestations.

However, Apple stock's reaction to the decision this morning highlights the headline risk associated with the trade war and possible macroeconomic barriers to Apple's expansion.

The problem for shareholders is that this case is not the only one on the docket.

"We believe the Munich District Court could rule by next week on 13 Qualcomm patent complaints against Apple with the potential for damages or injunctions," Cannacord Genuity analyst T. Michael Walkley wrote in a note covering Qualcomm.

He added that there are two ITC cases moving forward in early 2019 as well, adding yet more pressure on Apple.

Additionally, analysts were almost unanimous in their highlighting of the risk associated with the worsening Sino-American trade war given the political nature of the Chinese judiciary and Apple's significant interest in China. 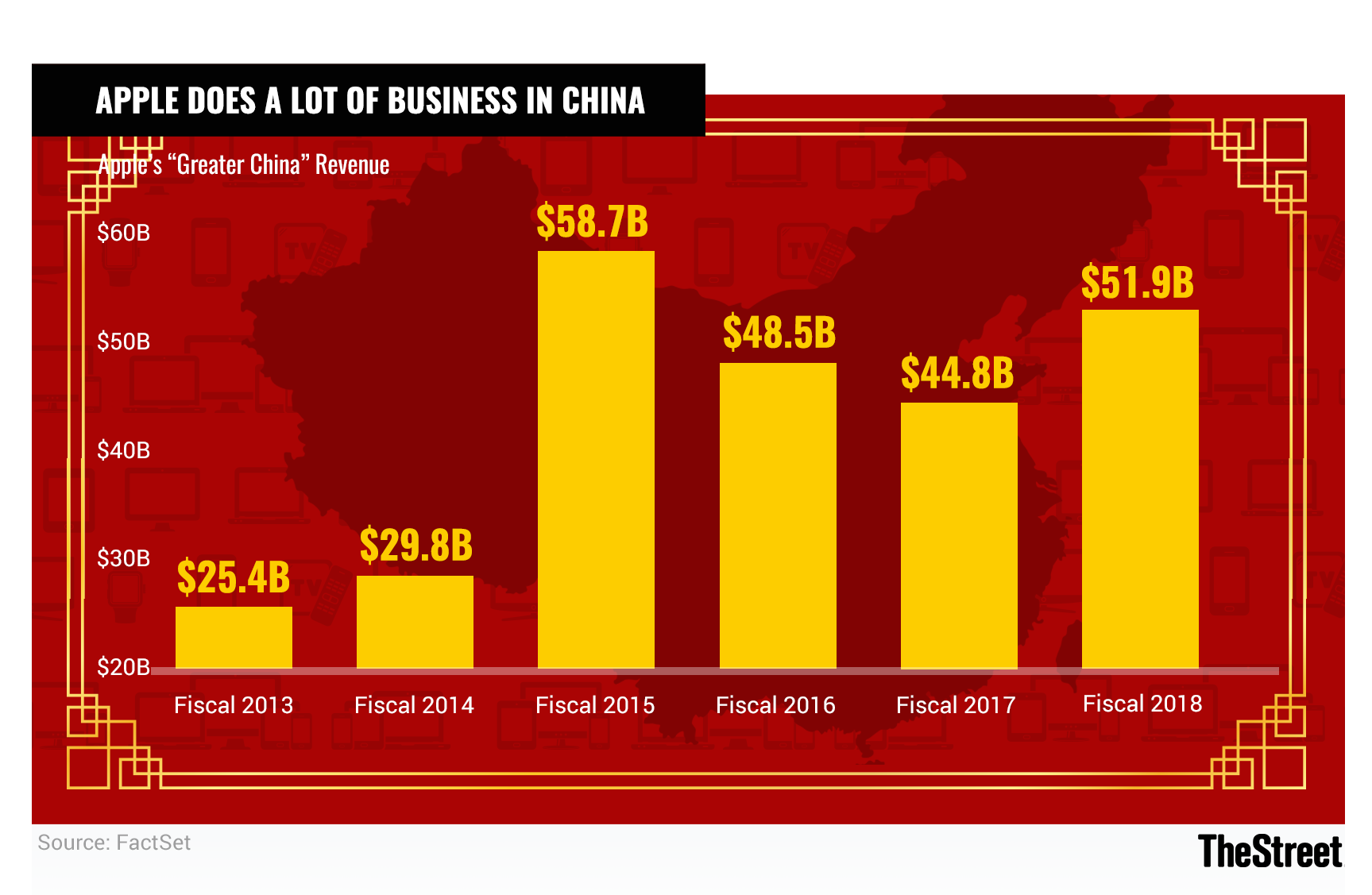 "We would also highlight that the Fuzhou Intermediate People's Court was the same body behind the import ban of some Micron (MU) chips earlier this year - a ruling which we believe was politically motivated," Wells Fargo's Rakers pointed out. "We continue to think there is risk to Apple from the developing U.S.-China trade war."

Nonetheless, with the risk in mind, the ultimate expectation from analysts observing each side of the debate is a resolution to be meted out between the parties, fulfilling the wishes of Qualcomm CEO Steve Mollenkopf.

"We believe these upcoming cases combined with the favorable Fuzhou ruling should increase pressure on Qualcomm and Apple to finalize a licensing agreement," Walkley concluded. "Our belief [is that] Qualcomm will eventually settle with Apple."