The market had exactly one up day since I left and that up day was pathetic when it comes to the statistics. But that's not what the question of the day is. The question is: Are we oversold yet?

Of course, we are short term oversold. When breadth has been negative for six straight days and eight of the last 10, the market is oversold.

When the McClellan Summation Index, which is still heading down (thus the majority of stocks are heading down as they have been since early August) needs a net differential of +5,300 advancers minus decliners on the New York Stock Exchange to halt the decline (and more to turn it back up) we are short-term oversold. 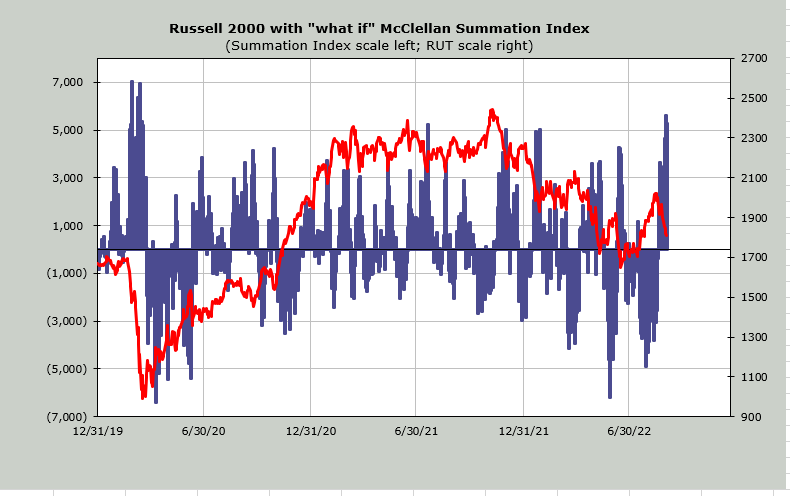 When the Nasdaq Momentum Indicator turns up on a day when Nasdaq itself is down 150 points, the market is short-term oversold. 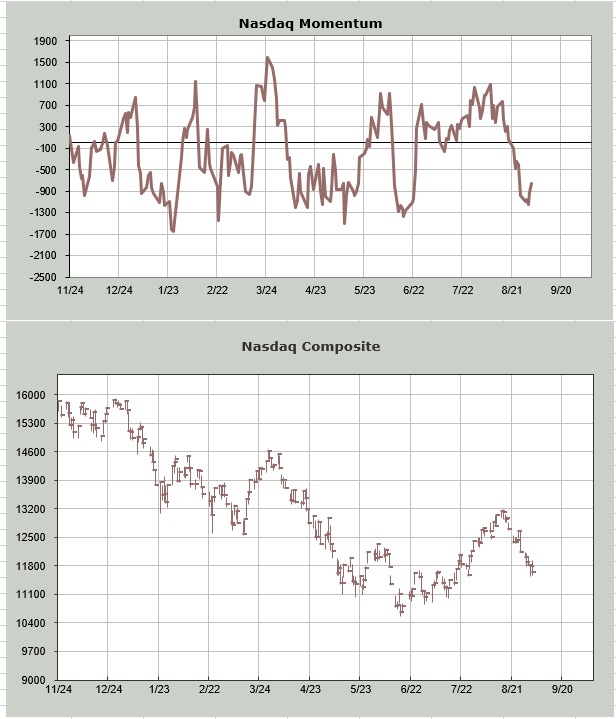 When Friday's give up from positive to negative results in fewer stocks making new lows, we are short-term oversold. Thursday saw the NYSE with 252 new lows while Friday saw 101 new lows. On Nasdaq there were 425 new lows on Thursday with about half that - 216 - on Friday.

When breadth was worse on Thursday's rally than it was on Friday's whack, we are short-term oversold. Thursday saw the S&P 500 up 11 on the day with net breadth of negative 1,335 while Friday's decline of 42 points had net negative breadth of 490.

But in terms of the intermediate term, we are not oversold. Recall the intermediate term indicators only got overbought in mid August so it's hard for them to cycle back to oversold so quickly. For example, the 30-day moving average of the advance/decline line is only back to the zero line now.

The Volume Indicator, which is currently at .50, was overbought in the upper 50s just a few short weeks ago. Oversold readings are generally in the mid 40s in bull markets and the upper 30s/low 40s in bear markets.

The Hi-Lo indicator (an intermediate term indicator) has however come way down. Nasdaq's was in the upper 50s in mid August and is now at 0.17. The NYSE is similar. Under 0.15 and this is oversold.

Sentiment-wise folks did hurry back to the bear camp. The Investors Intelligence bulls - and I grant you this reading is already a week old now - came down from 45% bulls to 38%. The bears are at 30%. While there are still more bulls than bears, I do expect this coming week's readings will narrow that 8 point gap between bulls and bears.

Finally, the Daily Sentiment Index for the S&P 500 and Nasdaq are teenagers again with the S&P at 13 and Nasdaq at 17.

So, I am expecting an oversold rally to develop this coming week but the intermediate term indicators say after that we should come down again. That's what volatile markets should bring: ups and down, like a rollercoaster that makes both longs and shorts nauseous.