Salka said it's been all hands on deck and AMN is helping to staff thousands positions around the country.

Let's check out the charts of AMN to see what they say about the stock.

In the daily bar chart of AMN, below, we can see a mixed picture. Prices are still above the rising 200-day moving average line with a successful test of the line earlier this month. Prices have made some big price swings the past six weeks and trading volume has become very heavy.

The movement of the On-Balance-Volume (OBV) line has been much smoother than the price action and only shows a minor decline the past six weeks.

The Moving Average Convergence Divergence (MACD) oscillator has declined to the zero line but is now poised potentially for a move to the upside. It all depends on the price action going forward.

In the weekly bar chart of AMN, below, we can see the price movement over the past three years. Prices made a long sideways consolidation and then an upside breakout early this year. Prices made a brief retest of the rising 40-week moving average line.

The weekly OBV line made an upside breakout and then a quick decline showing us that buyers were aggressive until sellers quickly took control. The MACD oscillator has narrowed and is now close to a take profits sell signal.

In this first Point and Figure chart of AMN, below, we used daily price data. The software reads the X's and O's as distribution (selling) and a potential downside price target of $39 is being projected. 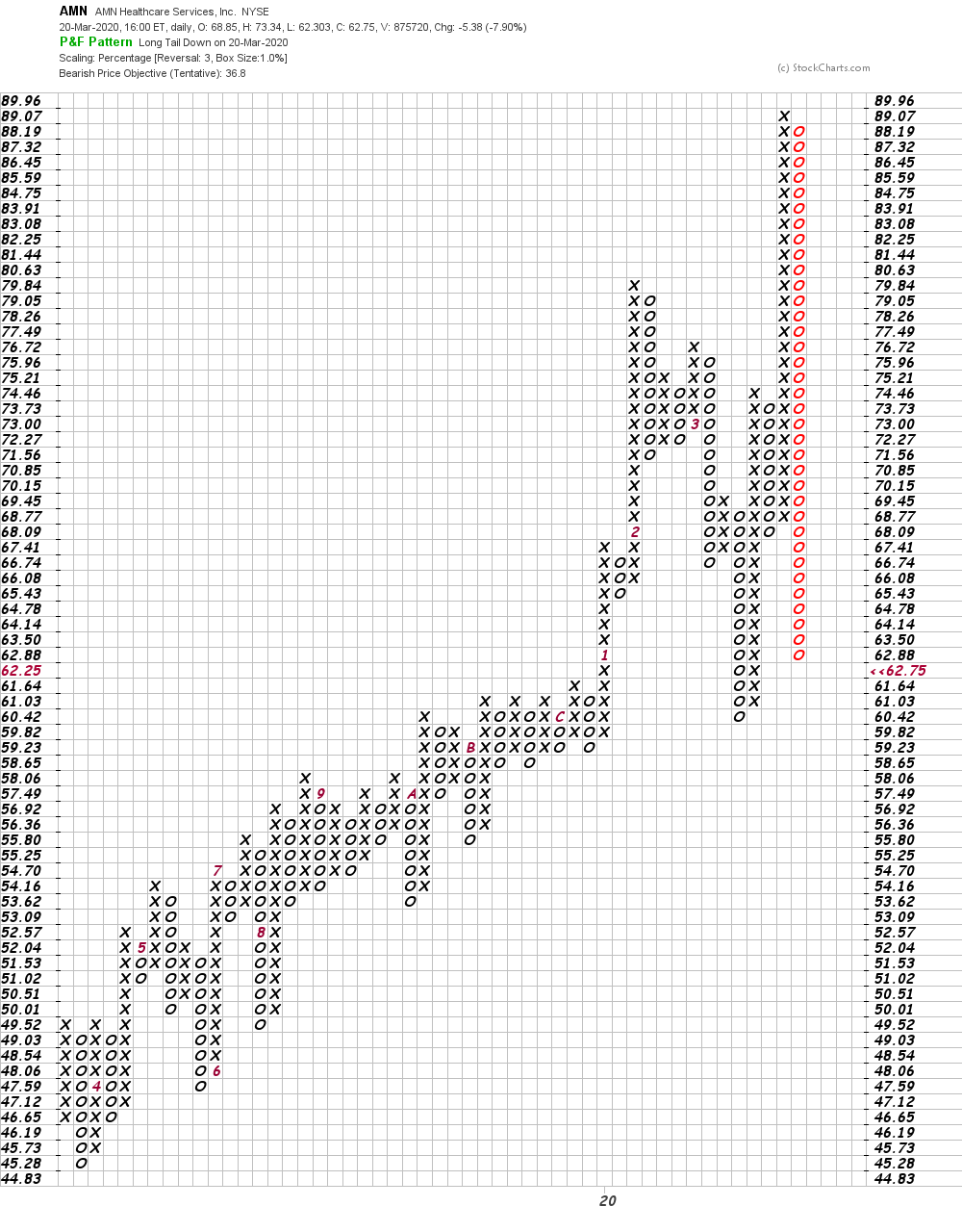 In this second Point and Figure chart of AMN, below, we used weekly price data. Here the daily noise is gone and the chart shows a possible upside price target in the $146 area. 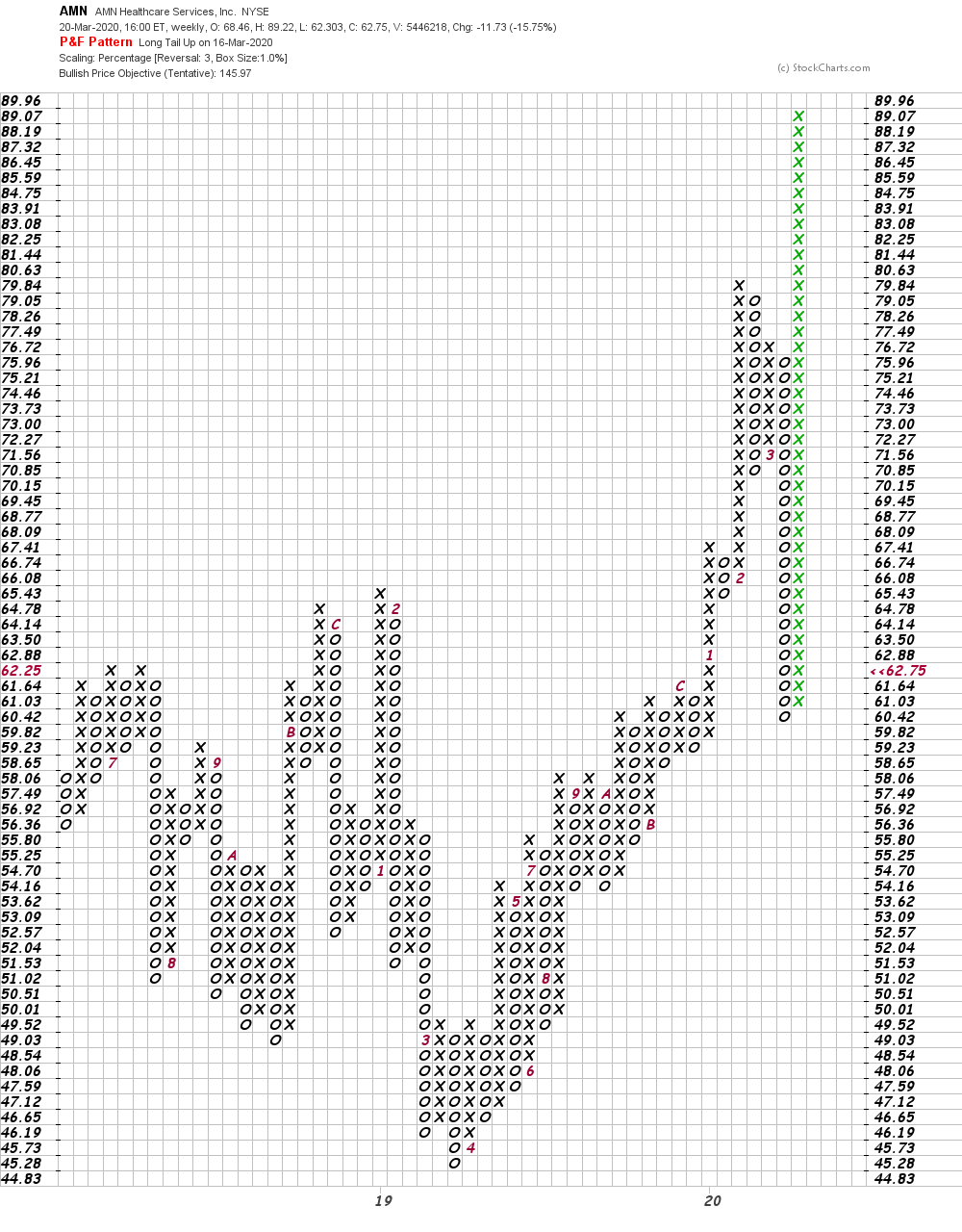 Bottom-line strategy: Most of the charts of AMN, above, are constructive and I would want to approach the stock from the long side. The big question is what to risk versus the potential reward.

Get an email alert each time I write an article for Real Money. Click the "+Follow" next to my byline to this article.
TAGS: Investing | Stocks | Technical Analysis | Health Care Equipment & Services | Healthcare | Mad Money | Executive Interview | Coronavirus