Credit card giant American Express (AXP) is a member of the Dow Jones Industrial Average (DJIA) and a major sell-side firm (and former DJIA member) downgraded the stock to a "sell" from "neutral" (hold). In our last review of AXP on July 12 we wrote that "The charts of AXP do not inspire confidence. Avoid the long side of AXP as further declines could unfold in the weeks ahead."

In the daily bar chart of AXP, below, we can see that the shares have been in a downward trend since February. A fundamental sell recommendation is coming after a long decline. Prices made a new 52-week low in early trading Thursday but we could see a key reversal day and a higher close. The slope of the 50-day and the 200-day moving averages are negative.

The daily On-Balance-Volume (OBV) line shows weakness from early August but it has not made a new low for the year and is thus showing us a subtle bullish divergence. The Moving Average Convergence Divergence (MACD) oscillator is bearish.

In the weekly Japanese candlestick chart of AXP, below, we can see a bearish picture. Prices have rolled over the past two years. AXP trades below the declining 40-week moving average line. The candles have yet to show us a bottom reversal pattern or lower shadows telling us that traders are rejecting the lows.
The OBV line is weak but it is not following the decline in prices - this could be a bullish divergence. The MACD oscillator is bearish.

In this daily Point and Figure chart of AXP, below, we can see a possible downside price target in the $108 area. 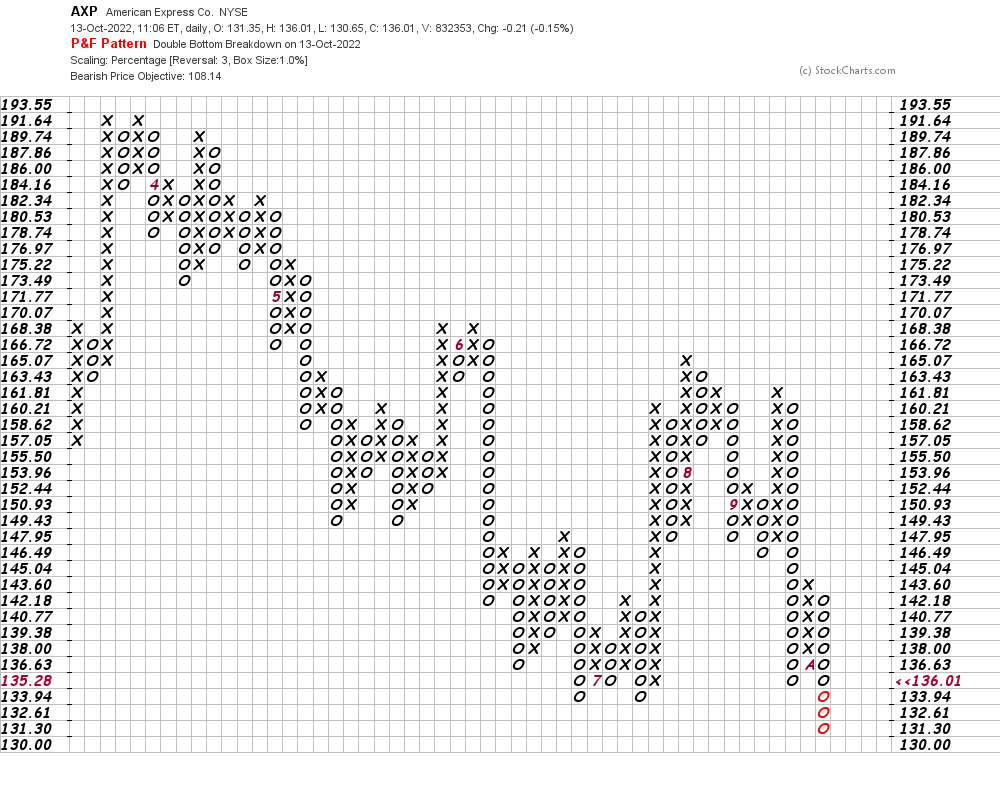 In this second Point and Figure chart of AXP, below, we used weekly price data. Here the chart currently projects a target in the $127 area. 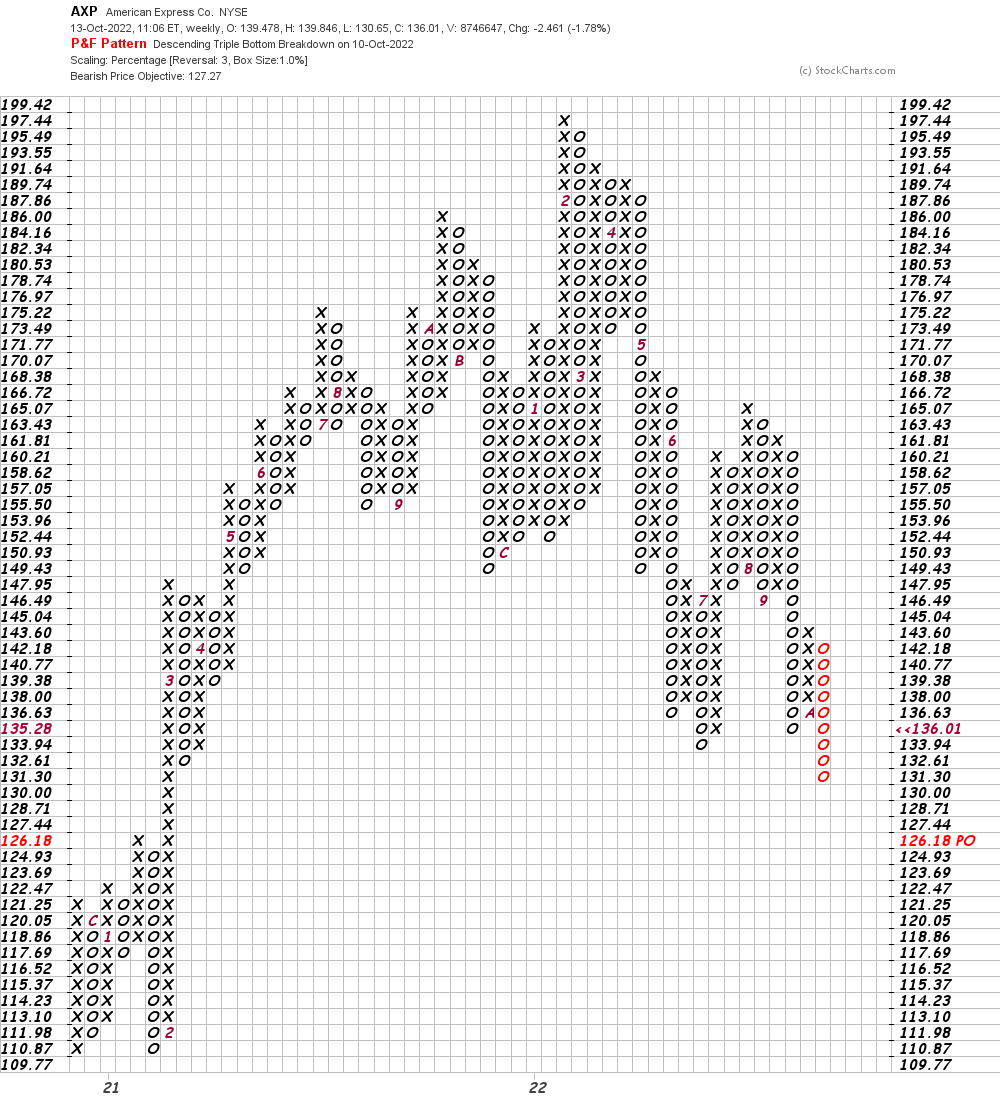 Bottom-line strategy: Short-term chart watchers will tell you they see a lot of potential key reversals on the charts Thursday. AXP has made a strong rebound from its early Thursday low. AXP could stage/make a key reversal but the major trend is down. I am not inclined to chase this current strength.
Get an email alert each time I write an article for Real Money. Click the "+Follow" next to my byline to this article.
TAGS: Investing | Stocks | Technical Analysis | Financial Services | Fintech | Analyst Actions