Advanced Micro Devices (AMD) was downgraded by a sell-side firm Thursday and the stock is trading lower on the day.

In our last review of AMD back on Jan. 4 we were bullish and wrote that "Traders could go long AMD at current levels. Risk to $132 and consider adding to longs above $165. The $201 area is our price target for now."

Our long recommendation was quickly stopped down and AMD declined into early March.

Let's see what could happen next.

In this daily bar chart of AMD, below, we can see that the shares had traded a few days above the 50-day and 200-day moving averages but gapped down below both of these averages Thursday. Trading volume has been heavier than average the past two months and the daily On-Balance-Volume (OBV) line has been steady in March. Thursday's price weakness could be hitting recent AMD buyers as their positions have quickly turned "underwater."

The Moving Average Convergence Divergence (MACD) oscillator moved up to the zero line but is likely to turn lower again.

In the weekly Japanese candlestick chart of AMD, below, we can see that patient investors were rewarded with nice gains over the past three years. Prices turned lower this year and the latest candlestick pattern shows an upper shadow as traders rejected the recent highs. The weekly OBV line shows a decline from November.
The MACD oscillator has declined to the zero line and could soon signal an outright sell signal.

In this daily Point and Figure chart of AMD, below, we can see a potential price target of $169. A trade at $99 will weaken the picture. 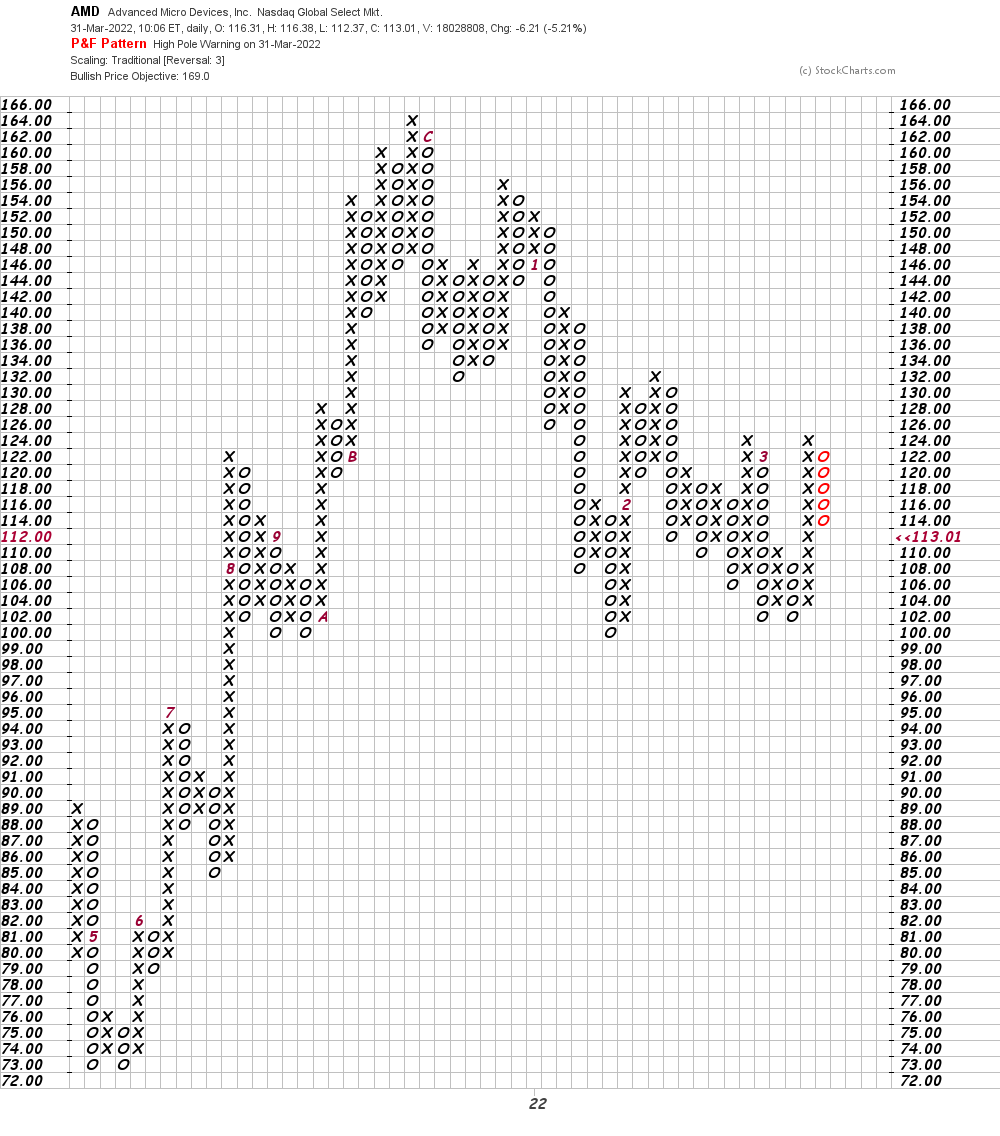 In this weekly Point and Figure chart of AMD, below, we see that the software has counted the X's and O's and came up with a $43 price target. Don't shoot the messenger. 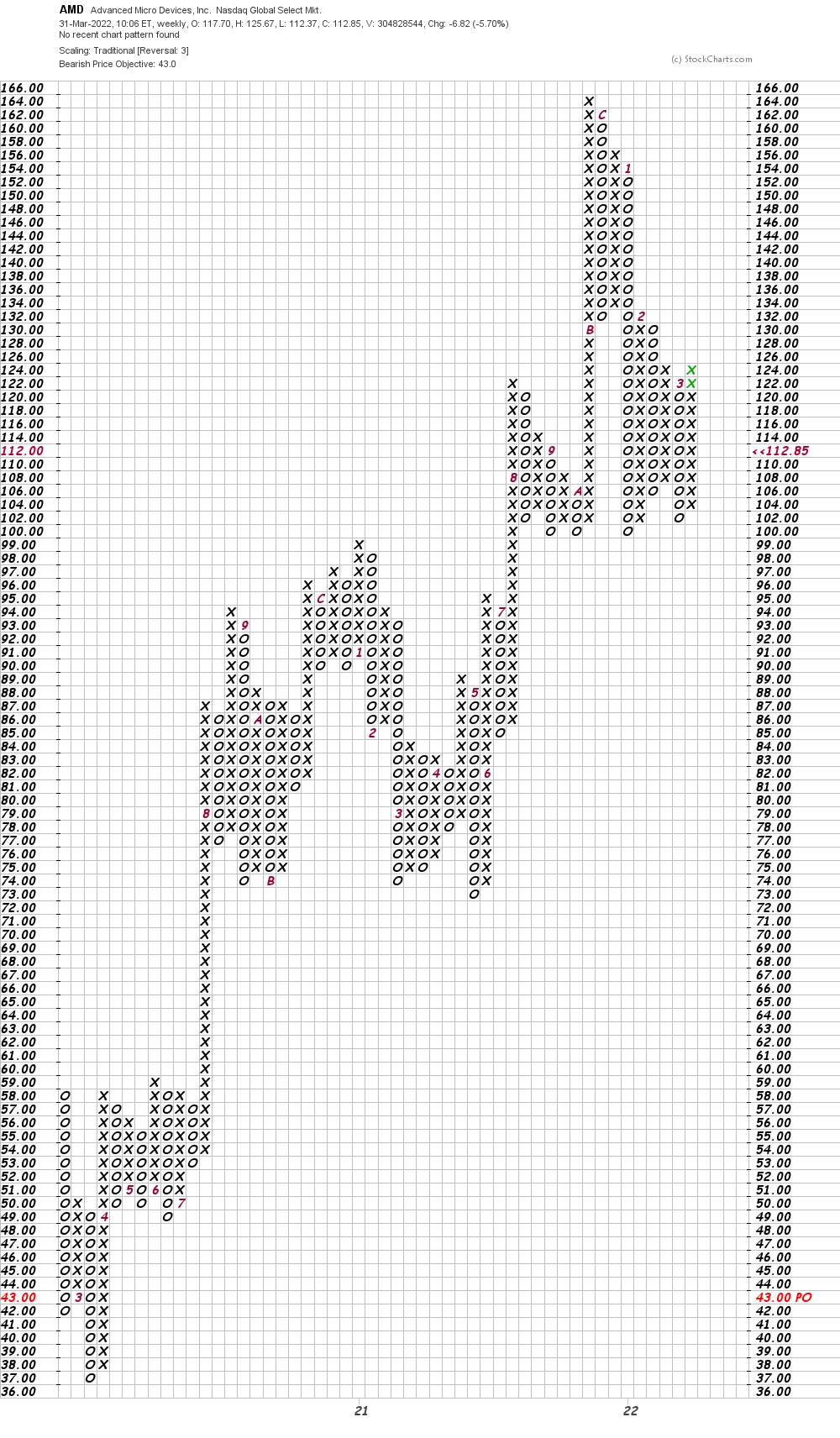 Bottom-line strategy: AMD has turned down from a lower high. A retest of the $100 area is now likely and a close below $100 is likely to precipitate further losses. Avoid the long side of AMD.
(AMD is a holding in the Action Alerts PLUS member club . Want to be alerted before AAP buys or sells AMD? Learn more now. )
Get an email alert each time I write an article for Real Money. Click the "+Follow" next to my byline to this article.
TAGS: Investing | Stocks | Technical Analysis | Semiconductors & Semiconductor Equipment | Technology | Analyst Actions

You Bet There's a Trade to Be Made With BP

Here's how I'll do it without increasing my allocation toward energy.