Amazon shares moved moderately upward in pre-market trading, adding to a gain of nearly $70 in just the past five days for the superpower of Seattle.

Chukumba reiterated his "Buy" rating on the stock of Amazon, which is a holding of Jim Cramer's Action Alerts PLUS charitable trust.

This is Amazon's fifth installment of its annual Prime day event, though this one features an added wrinkle of a two-day extension to 18 countries. It also includes cross-promotional sales with Whole Foods.

Amazon will heavily market its own ecosystem of devices, streaming services, music and software, adding incentives to impulse buyers of new Amazon-branded gadgets and amenities.

Analysts estimate the two-day spending spree could generate more than $6.1 billion in total sales, which would be a 46% increase from last year and would be a figure that would fall just shy of the $6.22 billion recorded during last year's Black Friday sales period according to Adobe Analytics. 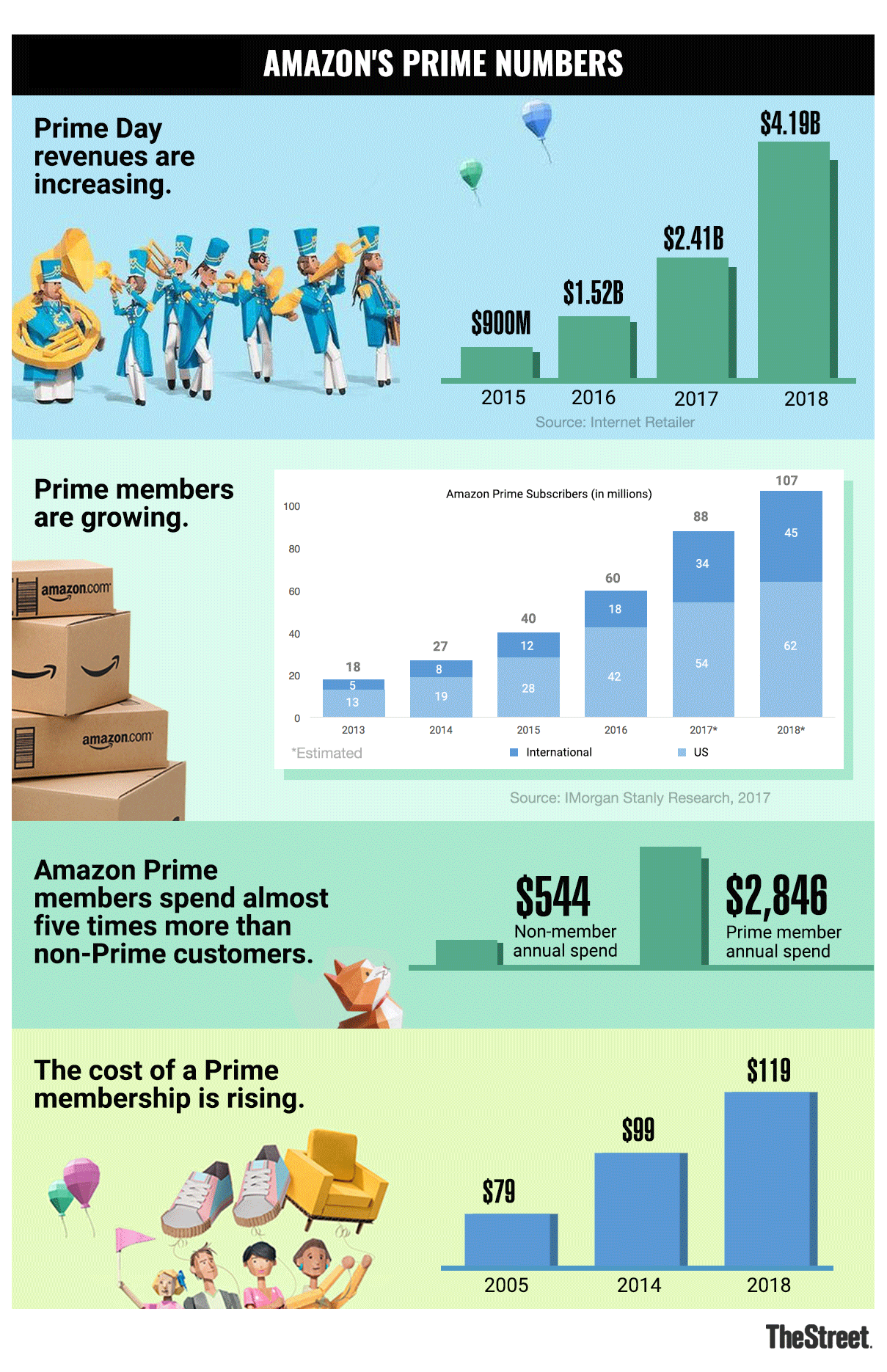 If it were to surpass that figure, Amazon would be second only to Alibaba's (BABA) Singles Day in China...and by quite a stunning margin still.

The differentiator for Amazon is its drive to gain subscription revenue in Prime memberships.

"Recall Prime members are key to driving retail growth as they spend 2-3 times more than non-members," Thill said. "We expect another solid increase in membership during this year's event as AMZN focuses on furthering int'l penetration and broadening into older US consumers."

With the back-to-school season around the corner, the impact on Target could be significant, making its discount competition key to picking up earlier dorm and school supply purchases.

There may be enough to go around as analysts remain constructive on the outlook for discretionary spending, which is encouraging for a sort of "Christmas in July" event that Amazon is accessing and the rest of retail is following.

"With steady growth in payrolls, wage rates, and hence in consumer income, and strength in financial markets poised to boost consumer net worth, the backdrop for consumption appears healthy," Goldman Sachs wrote in a note last week. "We acknowledge signs of moderating momentum in the first half of the year and soft patches in housing, but remain constructive on the outlook for late-cycle discretionary spending."

Despite the noise of a social media-driven Prime boycott campaign, the environment is shaping up to create another midsummer dream for Amazon and its investors.