Anderson said that digital transformation is no longer a "nice to have," it's become a "must have." Companies want to see their knowledge workers become more productive, so they're using tools like Alteryx to rapidly transform them into citizen data scientists that can perform their own analysis.

Alteryx has also refocused their go-to-market strategy, Anderson noted, with the company now focusing on large enterprises and the Global 2000.

When we looked at AYX back on Feb. 1 ahead of earnings, we wrote that, "Aggressive traders could approach the long side of AYX ahead of earnings risking to $109. If we get an upside breakout over $135 our target becomes the $153 area."

Looking at this updated daily bar chart of AYX, below, we can see that the shares have been in a downtrend from the middle of February and have yet to hammer out a new bottom. Prices are trading below the declining 50-day moving average line and below the declining 200-day line.

The On-Balance-Volume (OBV) line has been in a downward channel since July and tells us that sellers of AYX have been more aggressive for several months. The trend-following Moving Average Convergence Divergence (MACD) oscillator has spent most of its time below the zero line since August.

In the weekly bar chart of AYX, below, we see a longer-term bearish picture. The shares are trading below the declining 40-week moving average line so we know from math that the trend is down. Prices have broken below the lows of early 2020 and late 2019.

The weekly OBV line shows a peak in early 2020 and a subsequent decline. The MACD oscillator has been in bearish territory since September and is not close to even a cover shorts buy signal.

In this daily Point and Figure chart of AYX, below, we can see a potential downside price target in the $72 area. 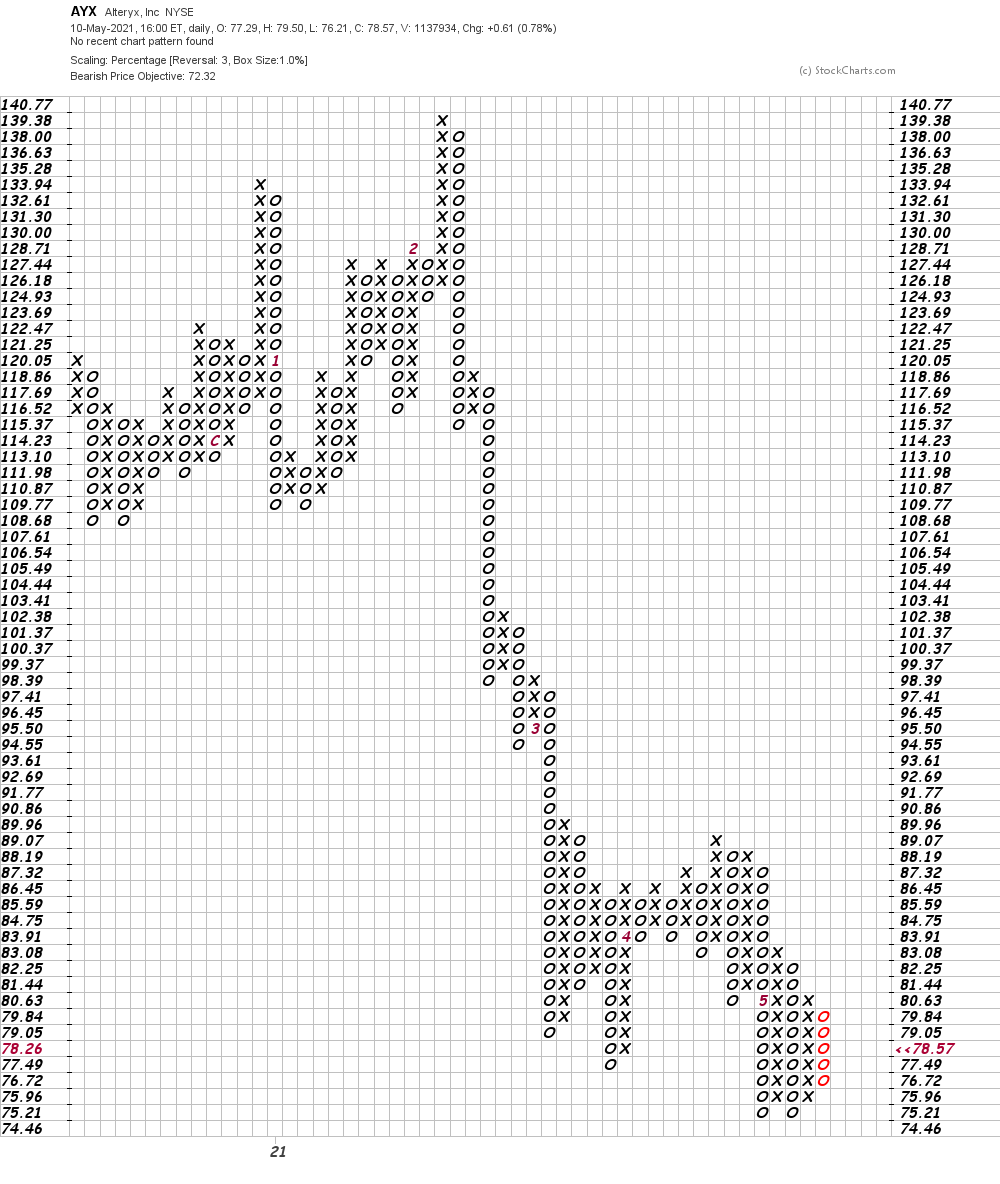 In this weekly close only Point and Figure chart of AYX, below, we can see that the software is projecting a possible target of $66. 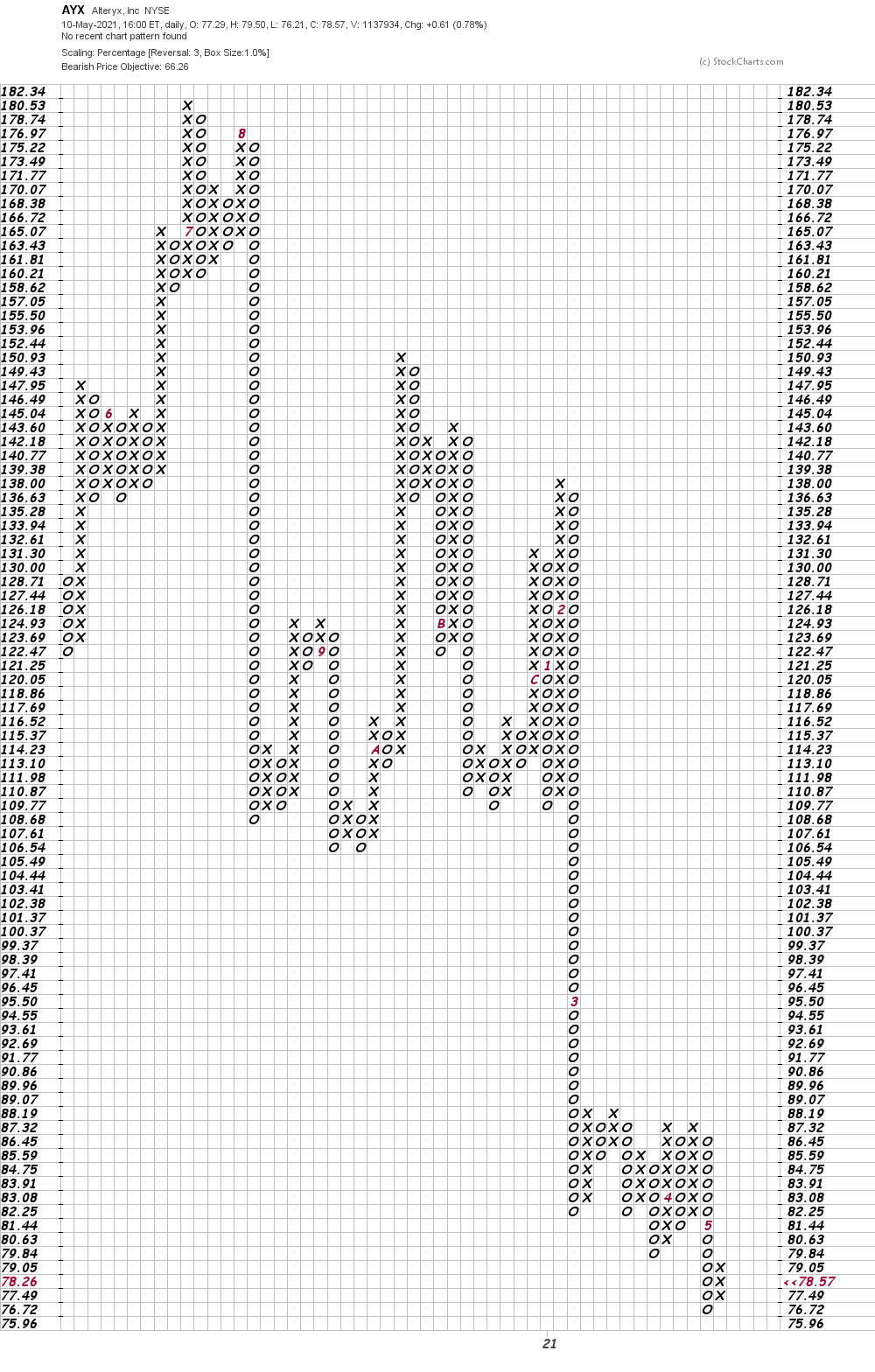 Bottom-line strategy: I don't know what traders are focusing on but they have been acting bearish and prices look to be pointing still lower. Avoid the long side of AYX.

Get an email alert each time I write an article for Real Money. Click the "+Follow" next to my byline to this article.
TAGS: Investing | Stocks | Software & Services | Technology | Mad Money | Executive Interview

Deutsche Bank Gets a Quantitative Downgrade to Sell

We are inclined to stand aside.