"I like this one so much," said Jim Cramer to one caller asking about Alteryx Inc. (AYX)  during the Lightning Round of Mad Money Monday night. Alteryx has products that help companies deal with big data but let's check and see if the charts can deal in a positive way with the data from the marketplace -- price and volume.

In the daily bar chart of AYX, below, we can see how prices declined from early September to late October. Prices started to firm again in late October and the gains continued into November. Prices are again back above the rising 50-day moving average line and the rising 200-day line.
The daily On-Balance-Volume (OBV) line made a similar decline in September and October but we now see a higher low in November and a new uptrend beginning.
The Moving Average Convergence Divergence (MACD) oscillator gave two cover shorts buy signals in October and it is now crossing the zero line for an outright go long signal.

In the weekly bar chart of AYX, below, we can see that the rising 40-week moving average line has defined the rise really well. Prices did break the 40-week for about four or five weeks but we are now back above the line.

The weekly OBV line has been bullish since early 2017 and is not far from making a new high. The MACD oscillator is still above the zero line and narrowing toward a possible bullish crossover in the weeks ahead.

In this Point and Figure chart of AYX, below, we can see that a trade at $109.77 will refresh the uptrend. A possible target of $132 is being projected. 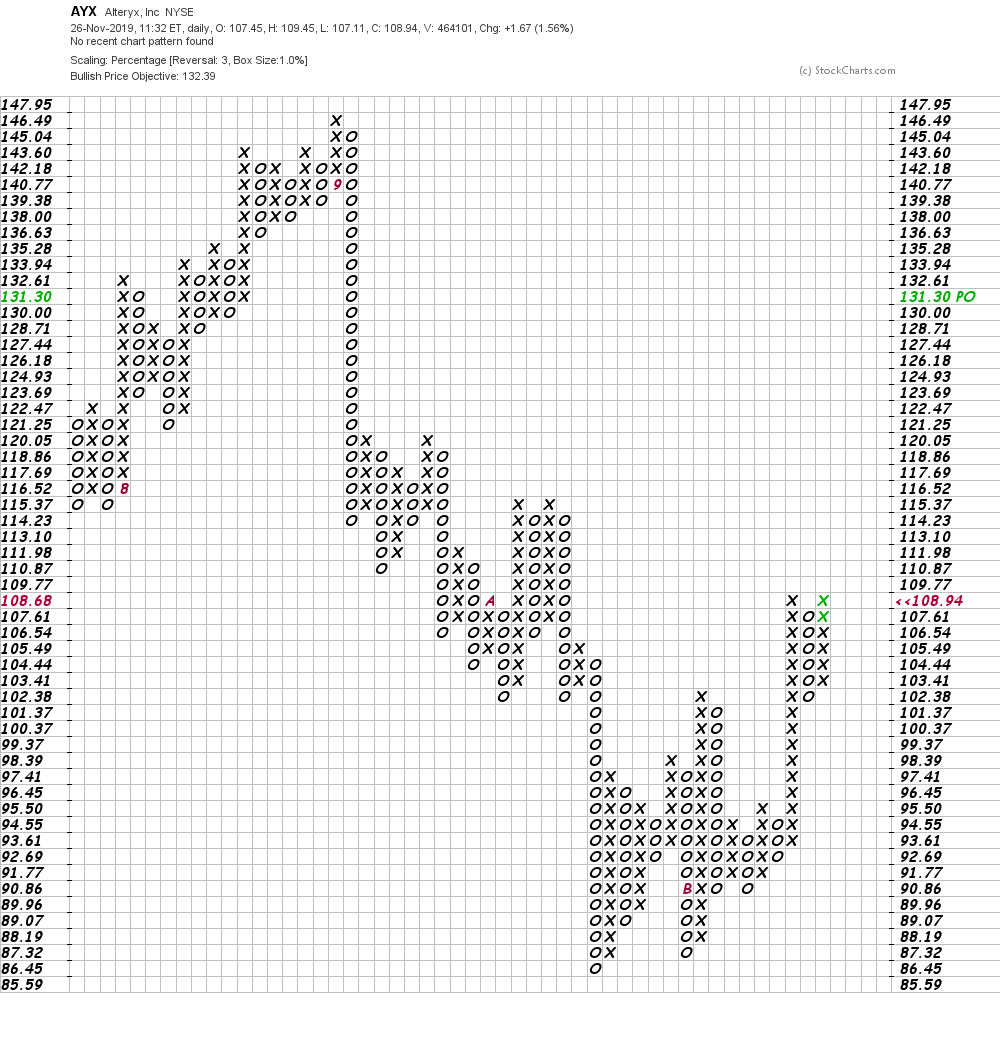 Bottom-line strategy: Traders could go long AYX at current levels risking a close below $100. The $132 area is our first upside price target.
Get an email alert each time I write an article for Real Money. Click the "+Follow" next to my byline to this article.
TAGS: Investing | Stocks | Technical Analysis | Technology | Mad Money