In a Real Money column Wednesday by Jim Cramer, he talks about the "death" of the FAANG stocks.

Cramer says he laughs when he hears FAANG is dead. Why? "Because unlike almost any other companies in the world, they get the benefit of the doubt, and they deserve it."

Let's check out the charts of the "G: in FAANG: Alphabet (GOOGL) .

In this daily bar chart of GOOGL, below, we can see that the shares traded mostly sideways from February through March but turned higher again after a test of the rising 50-day moving average line. Trading volume has been mostly steady and the On-Balance-Volume (OBV) line has continued higher as it has done for the past 12 months.

The Moving Average Convergence Divergence (MACD) oscillator has narrowed in recent days but has not crossed to the downside. The oscillator has spent most of the last year above the zero line.

In the weekly Japanese candlestick chart of GOOGL, below, we see a positive picture. Prices are in a longer-term uptrend above the rising 40-week moving average line. The recent candles could be spinning tops but without a bearish weekly candle bar to confirm a reversal it is not a reversal.

The weekly OBV line has lagged the price action but is not far from making a new high. The MACD oscillator has been in a bullish alignment above the zero line for the past 12 months.

In this daily Point and Figure chart of GOOGL, below, we can see an upside price target in the $2,426 area. 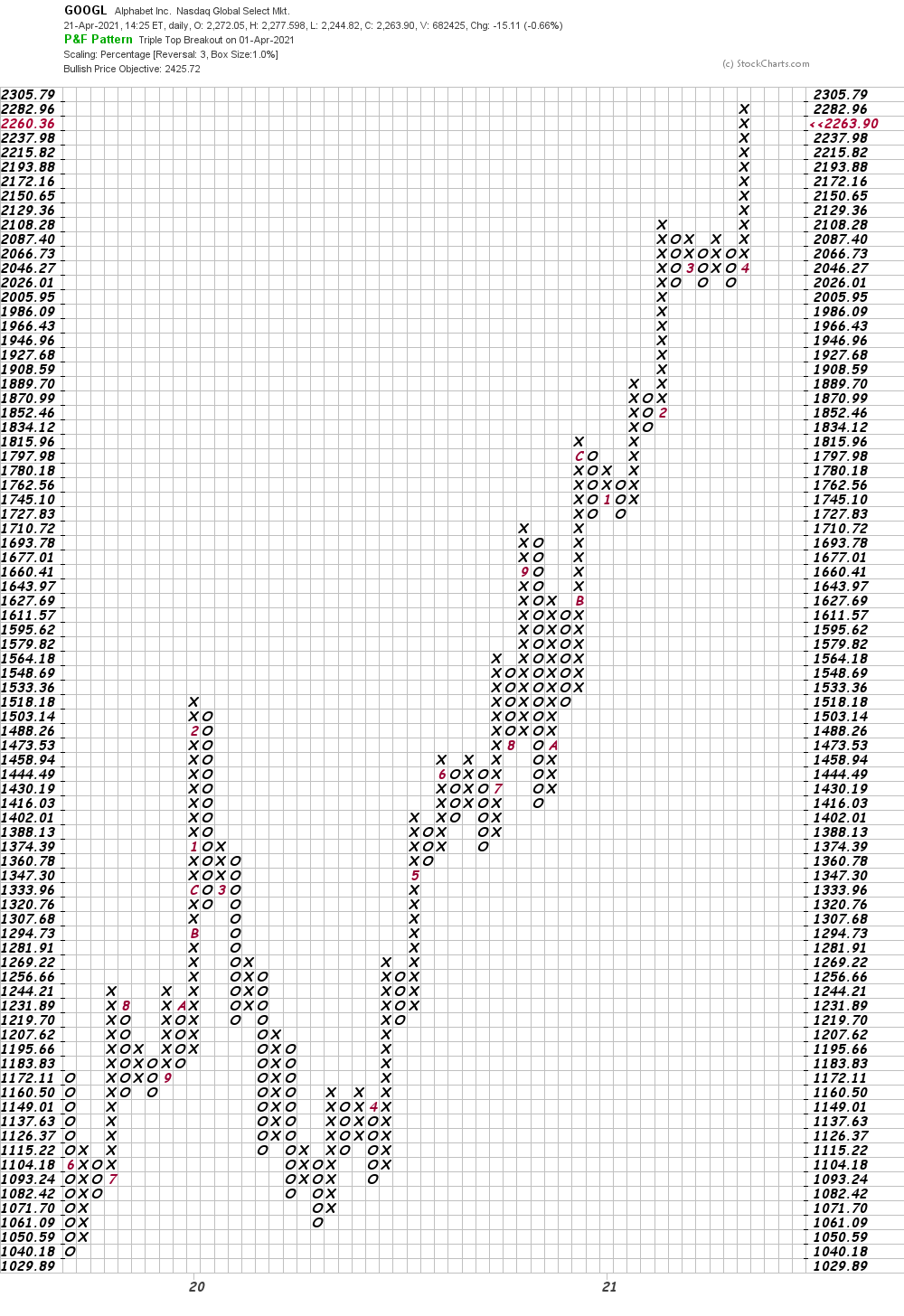 In this weekly close-only Point and Figure chart of GOOGL, below, we used a five box reversal filter. Here the longer-term target is $3,861.

Bottom-line strategy: The charts of GOOGL are pointed higher. The $2,426 area is our first price target.

Get an email alert each time I write an article for Real Money. Click the "+Follow" next to my byline to this article.
TAGS: Investing | Stocks | Technical Analysis | Technology | Real Money

This Dividend Retailer Might Just Knock Your Socks Off