Leighton said that Akamai was paying very close attention to the election traffic Tuesday night. The major news sites saw a five-fold increase in traffic that peaked around midnight Eastern. The 2020 election beat out the 2016 election, which was itself a record for Akamai as well.

When asked about that growth, Leighton said news apps are becoming better than watching TV because consumers can customize their experience and see exactly the content that matters most to them. The coming 5G wireless revolution will only make that experience even better, he said.

Back on October 9, we said, "Traders should approach AKAM from the long side risking a close below $105. Add to longs above $115. The $146-$150 area is our price target." With a recent decline I assume many traders have taken a loss. Let's see if there is a reason to rebuy AKAM.

The On-Balance-Volume (OBV) line has been in a decline since the early part of October telling us that sellers of AKAM quickly turned more aggressive. The Moving Average Convergence Divergence (MACD) oscillator moved below the zero line last month for an outright sell signal.

In the weekly bar chart of AKAM, below, we can see a mixed picture. Prices have closed below the cresting 40-week moving average line but prices have been bouncing back and should retest the underside of this average. Maybe we close back above the line. We'll see. Prices broke below the 40-week line in March and eventually recovered but now the rally is more mature in age.
The weekly OBV line has turned lower after topping out from July. The MACD oscillator is pointed down toward the zero line.

In this daily Point and Figure chart of AKAM, below, we can see that prices met a downside price target of $97. 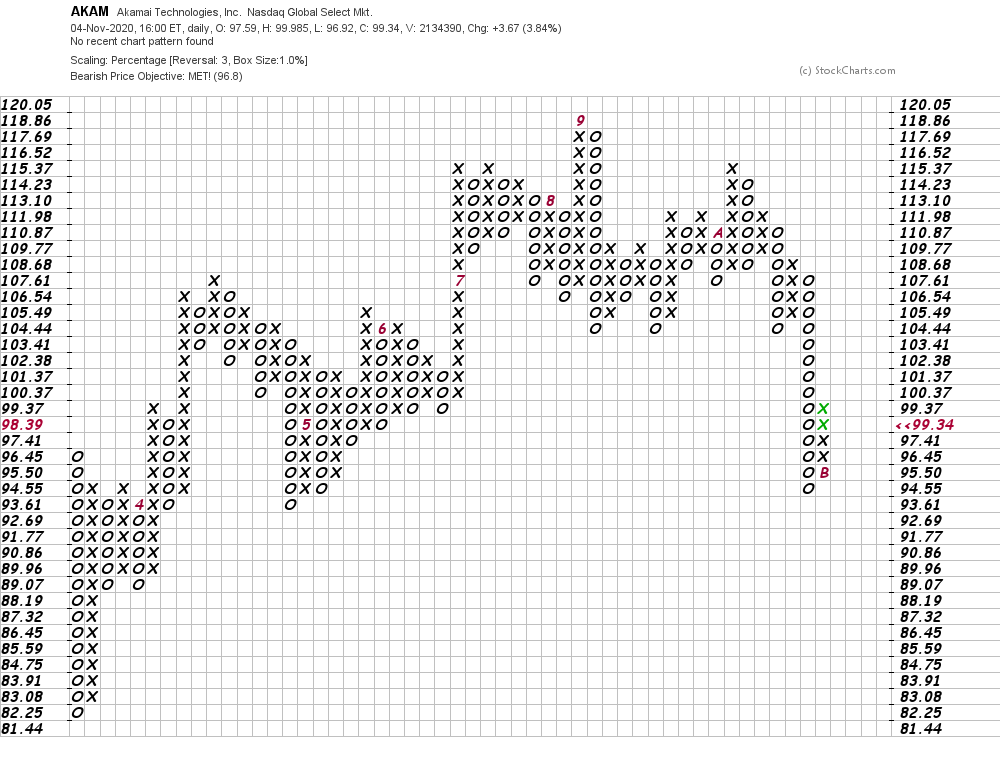 In this weekly Point and Figure chart of AKAM, below, we can see a potential longer-term price target in the $74 area. This potential weakness could be negated if prices rallied strongly. Point and Figure targets are not set in stone. 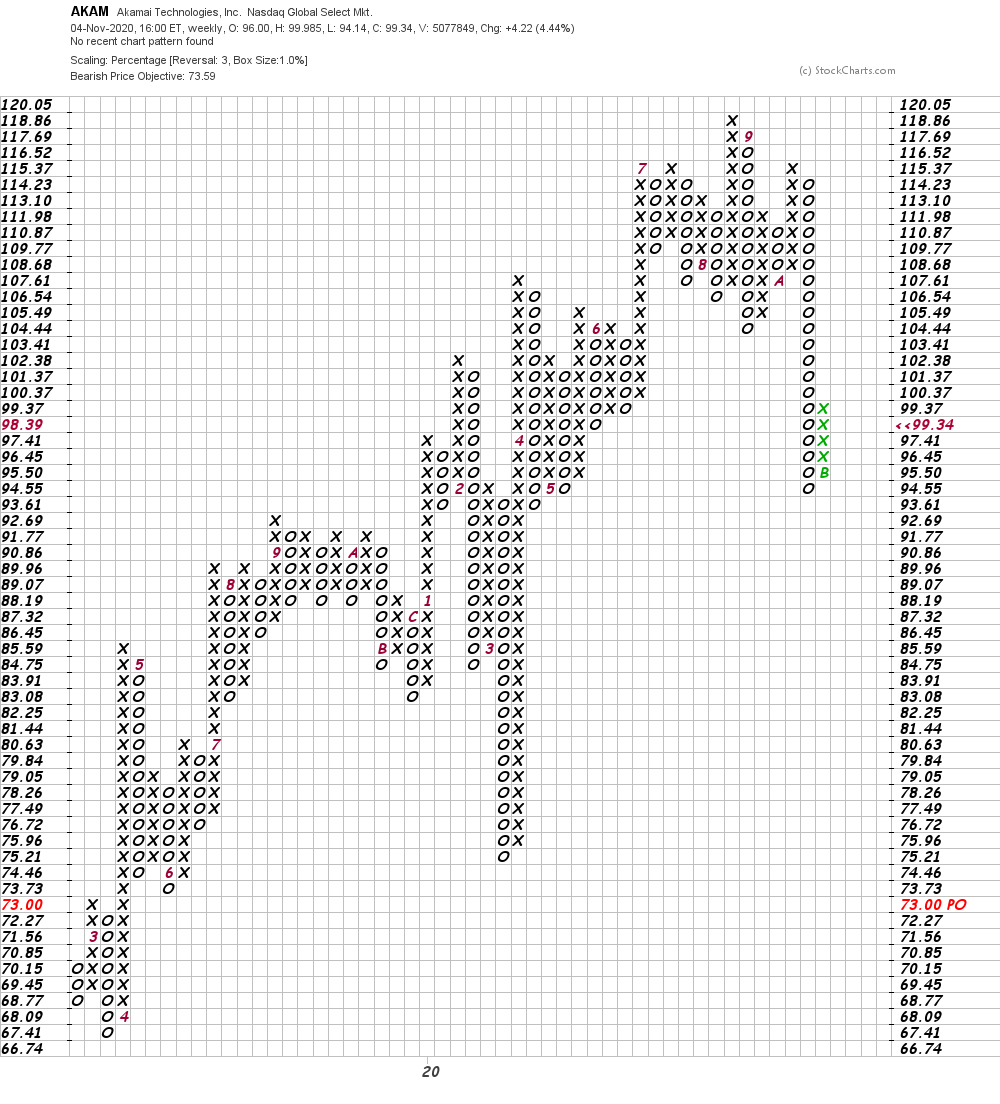 Bottom-line strategy: AKAM is making a recovery but in my opinion the charts do not become compelling until they cross back above $110.
Get an email alert each time I write an article for Real Money. Click the "+Follow" next to my byline to this article.
TAGS: Earnings | Investing | Stocks | Technical Analysis | Semiconductors & Semiconductor Equipment | Software & Services | Technology | Mad Money | Executive Interview