Shares of Biogen (BIIB) , a biotechnology company that makes advanced drugs to treat patients with diseases like multiple sclerosis and Alzheimer's disease, have been quietly basing the past five months following a big price decline. Let's check out the charts ahead of their latest earnings release scheduled before the market opening Wednesday.

In the daily bar chart of BIIB, below, we can see how the shares have been hammering out a bottom formation. Notice the heavy turnover (volume) back in December and January? This high volume period may have been when some weak holders of BIIB sold and others with deeper pockets bought.

The shares declined further to a low in March. Prices recovered into April and then retested the March low in May and June. BIIB has improved and now trades above the rising 50-day moving average line.

The 200-day moving average line is within reach and intersects around $226 or so. The On-Balance-Volume (OBV) line has turned upwards after a low in May/June. The trend-following Moving Average Convergence Divergence (MACD) oscillator is now in bullish territory.

In the weekly Japanese candlestick chart of BIIB, below, we can see the basing price action. Prices are poised to test or even break the declining 40-week moving average line. If you look closely you can see a number of lower shadows in the past four months telling us that traders are rejecting the lows -- this is a sign of new accumulation (buying).
The weekly OBV line has been relatively steady the past 12 months. The weekly MACD oscillator is still below the zero line but rising nicely.

In this daily Point and Figure chart of BIIB, below, we can see an upside price target in the $257 area. 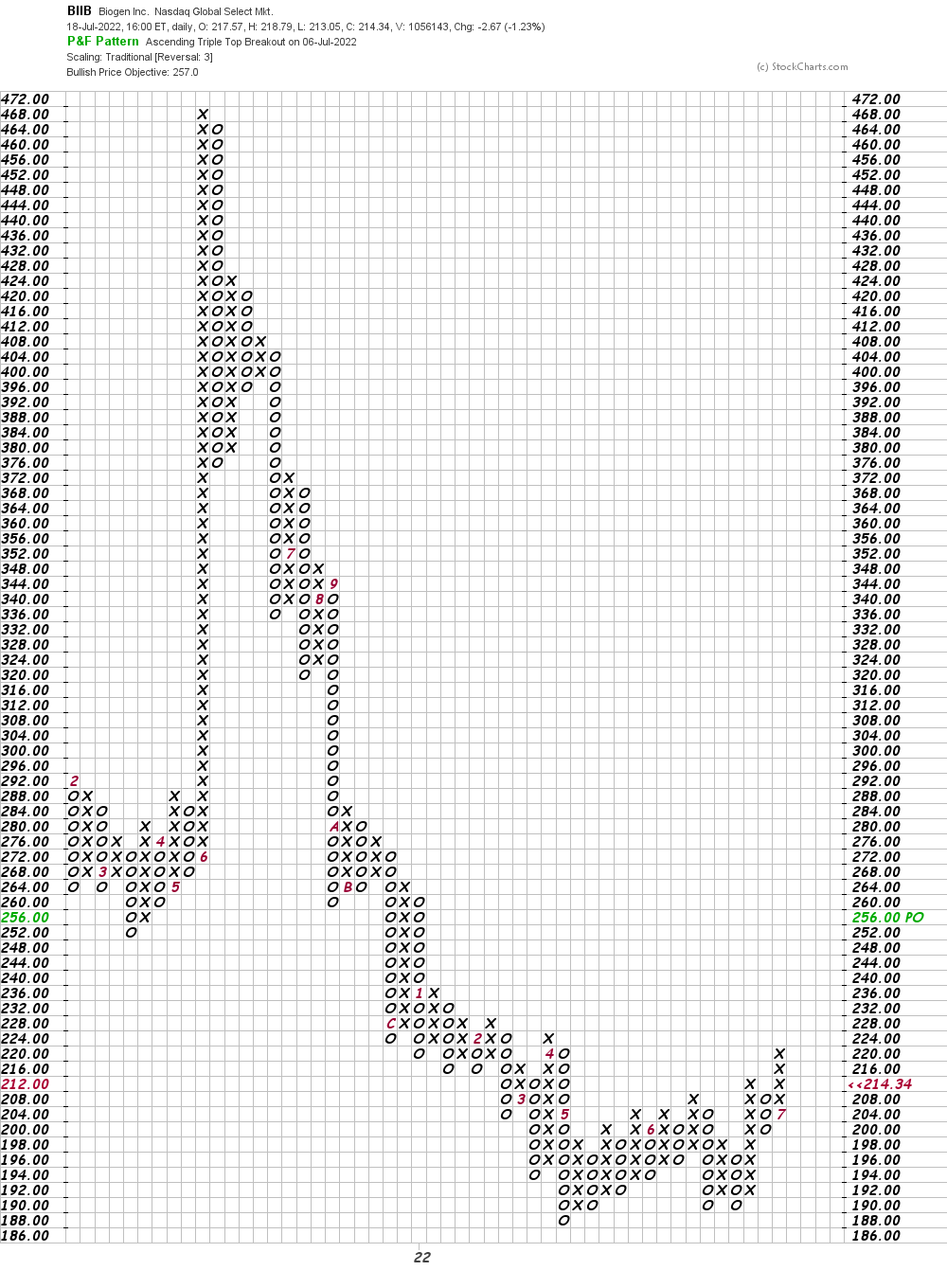 In this weekly Point and Figure chart of BIIB, below, we can see the same price target as the daily chart -- $257. 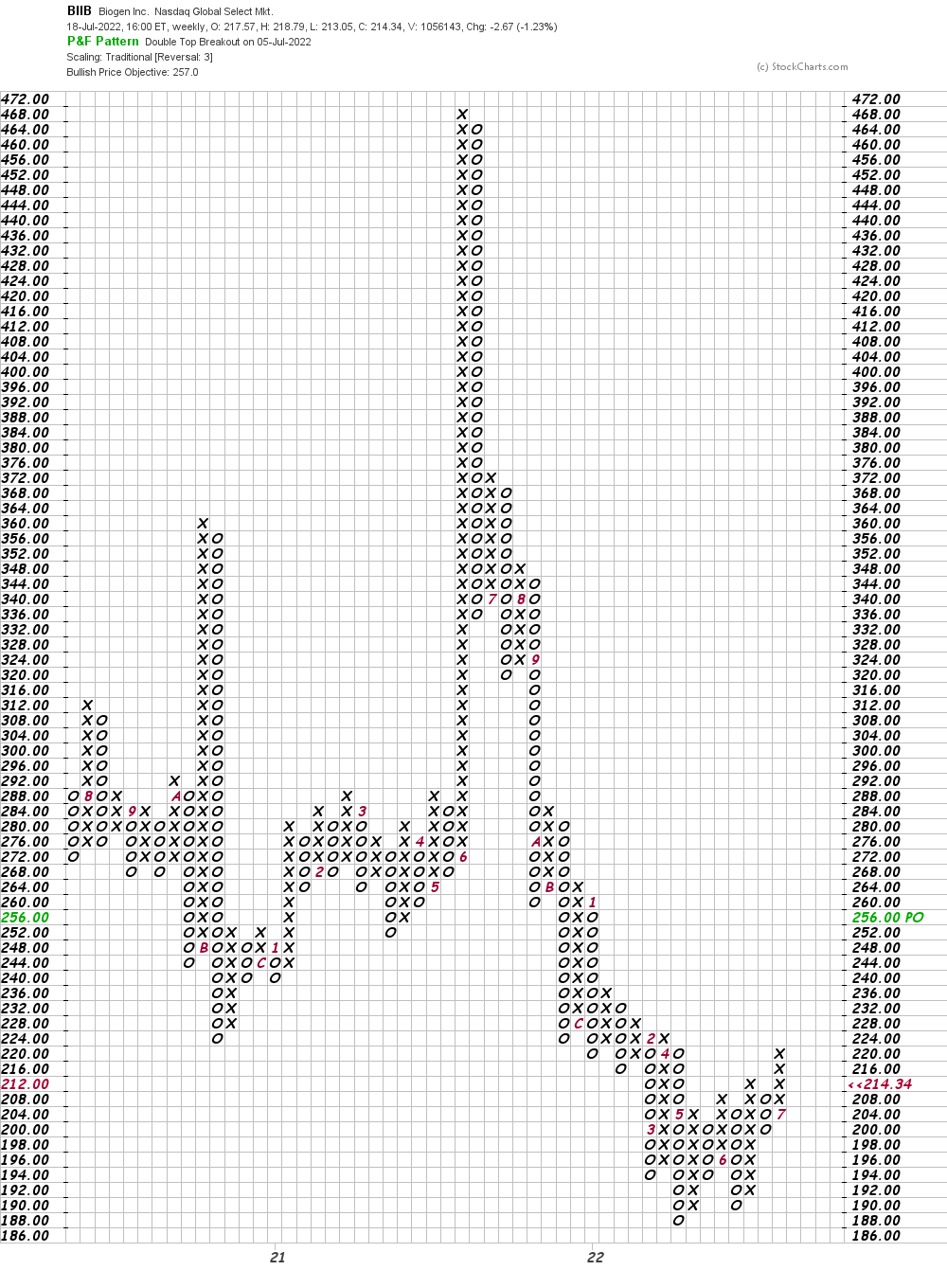 Bottom-line strategy: I have no special knowledge of what BIIB is going to report to shareholders and analysts Wednesday morning but the charts have improved and we could see prices advance. Aggressive traders could go long BIIB at current levels risking a close below $205. If the shares made a sharp spike higher I would be inclined to take profits.
Get an email alert each time I write an article for Real Money. Click the "+Follow" next to my byline to this article.
TAGS: Investing | Stocks | Technical Analysis | Biotechnology | Healthcare | Earnings Preview