Nawabi said AeroVironment has the ability to produce thousands of its Switchblade drones to aid Ukraine, but is limited by shortages of parts and semiconductors. The drones are approved for export to many allies, including Ukraine.

When asked about how the drones work, Nawabi said there is simply nothing like them on the battlefield and their effectiveness is unparalleled. The drones can be operated by a single pilot and are capable of taking out a range of targets, including tanks.

In my last review of AVAV way back on June 28 I wrote, "When the charts are mixed ahead of an earnings report I tend to take a cautious approach. The daily Point and Figure chart suggests we could rally to $135, but the weekly chart suggests a deep decline is possible. I would stand aside until more indicators are pointing higher."

In this daily bar chart of AVAV, below, we can see that prices declined from June to December/January and reached the downside Point and Figure price target noted in my June article. Prices rallied sharply from late February but corrected in April. AVAV is trading just below the 50-day moving average line and around the bottoming 200-day line. The trading volume has shown an increase from December as interest in the company's drones has soared with the war in Ukraine. The On-Balance-Volume (OBV) line has only improved from late February and has softened in April, telling me that aggressive buying hasn't been sustained for long. The Moving Average Convergence Divergence (MACD) oscillator is down at the zero line, telling us there is little in the way of trend strength.

In this weekly Japanese candlestick chart of AVAV, below, we can see a large bearish engulfing pattern marking the top of AVAV in April. Candles mark turning points and do not yield price targets. AVAV is testing the 40-week moving average line. The weekly OBV line moved up for a few weeks but is rolling over. The MACD oscillator is narrowing toward a bearish crossover.

In this daily Point and Figure chart of AVAV, below, we can see a potential downside price target of $50. 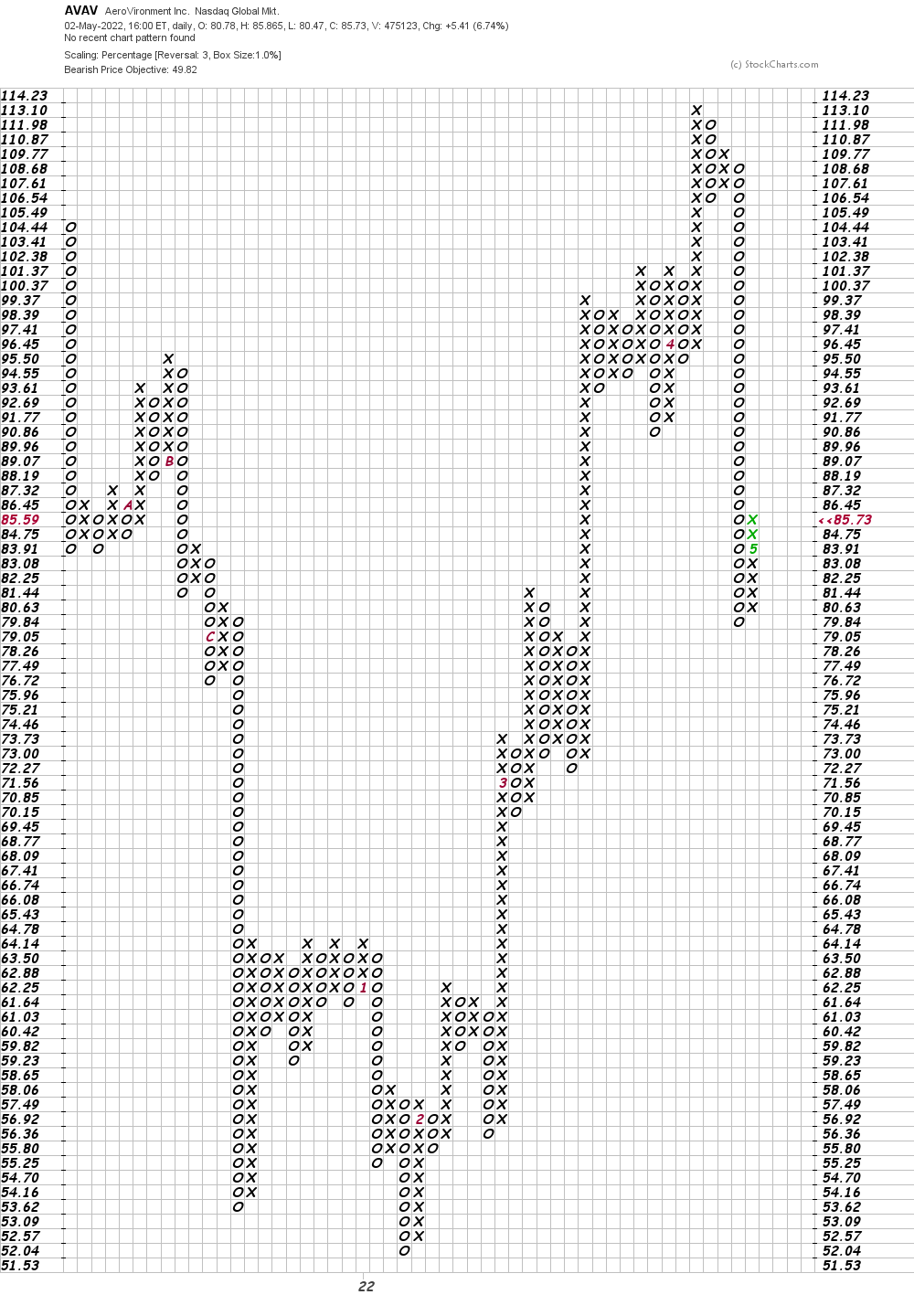 In this weekly Point and Figure chart of AVAV, below, we can see a potential $46 price objective. 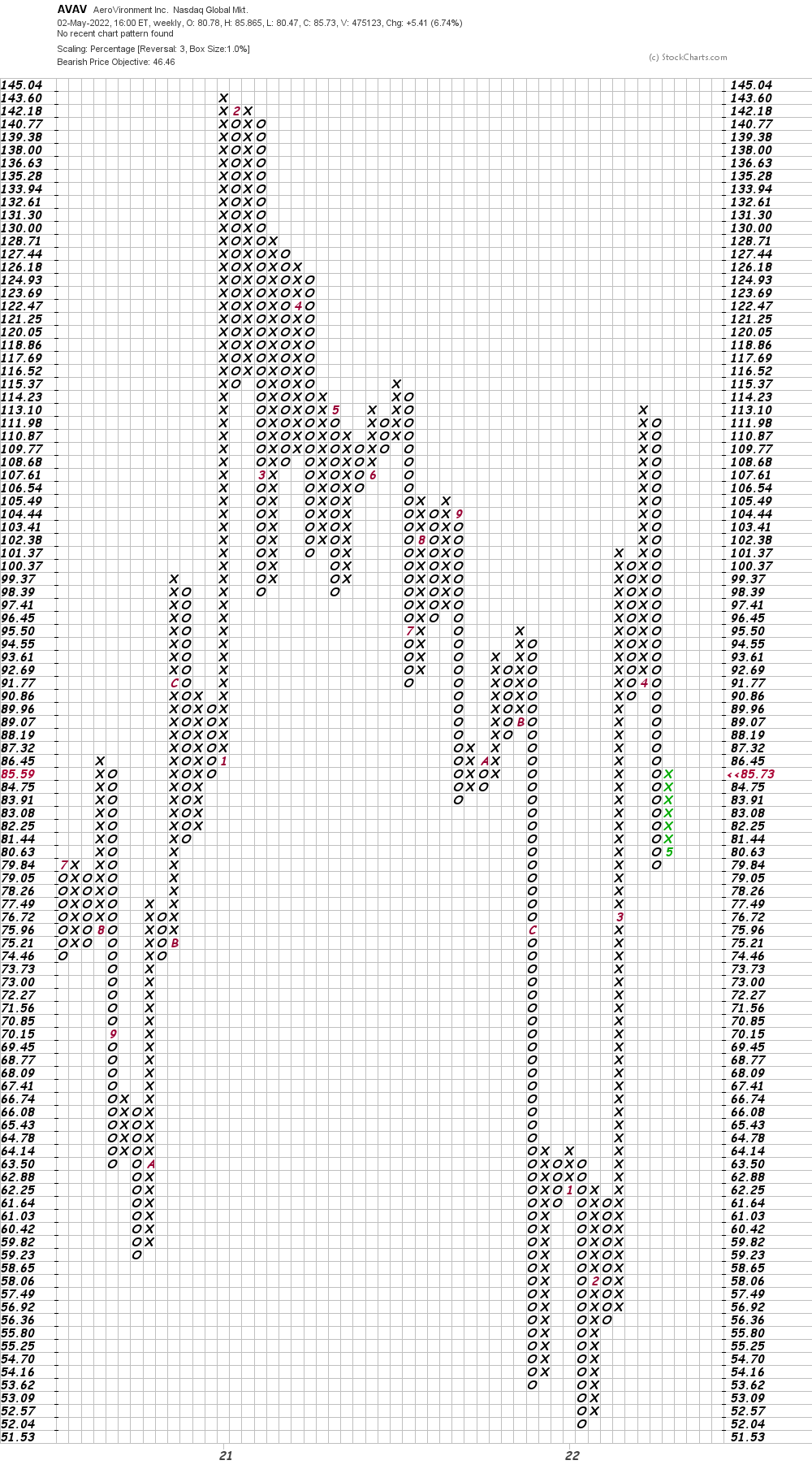 Bottom line strategy: If the Point and Figure charts are correct we should see the price of AVAV come down for a landing at lower levels. Avoid the long side for now.

Get an email alert each time I write an article for Real Money. Click the "+Follow" next to my byline to this article.
TAGS: Investing | Stocks | Technical Analysis | Aerospace | Defense | Mad Money | Executive Interview | Real Money