Activision Blizzard (ATVI) has been under selling pressure for several months. Monday it was reported by the Wall Street Journal that CEO Bobby Kotick would consider stepping down if he isn't able to make meaningful changes to the videogame maker's workplace culture.

Back on Aug. 2 we wrote that "Traders should have been stopped out and are on the sidelines. Continue to avoid the long side of ATVI until clear signs that a new bottom has been formed."

Trading volume has been heavy this month and the On-Balance-Volume (OBV) line has slumped to a new low for the move down. The OBV line declines when trading volume on down days is heavier than on up days. The Moving Average Convergence Divergence (MACD) oscillator is bearish.

In the weekly Japanese candlestick chart of ATVI, below, we see a mostly bearish picture. Prices are in a downtrend as they trade below the declining 40-week moving average line. The candles have been mostly red (bearish) this year. The latest candle has only a small lower shadow, which tells us that traders are not yet rejecting the lows.
The weekly OBV line is in a steep decline and the 12-week price momentum shows equal lows the past three months. This is a bullish divergence when compared to prices making lower lows. Sometimes bullish divergences can foreshadow price recoveries or rallies.

In this daily Point and Figure chart of ATVI, below, we can see a potential downside price target in the $51 area. 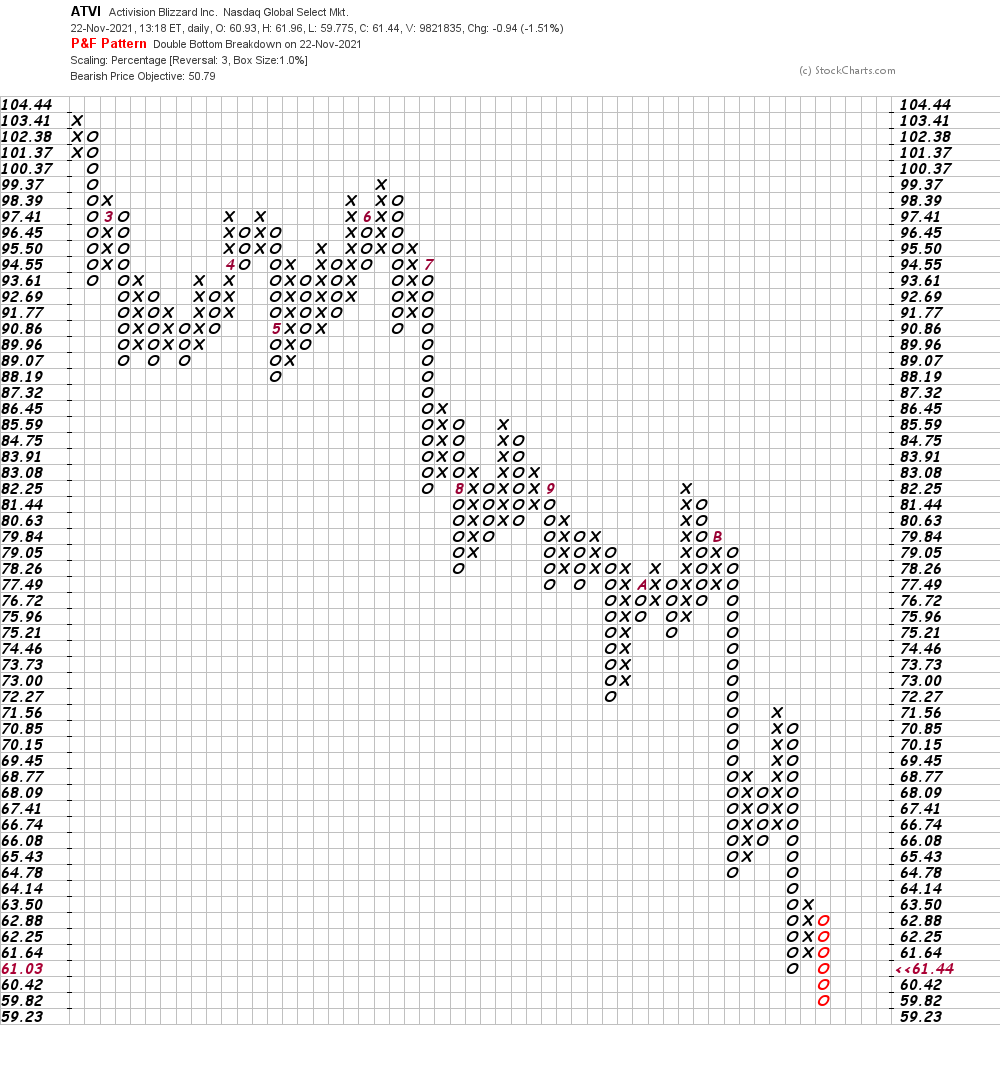 In this weekly Point and Figure chart of ATVI, below, we see a tentative price target of $47. 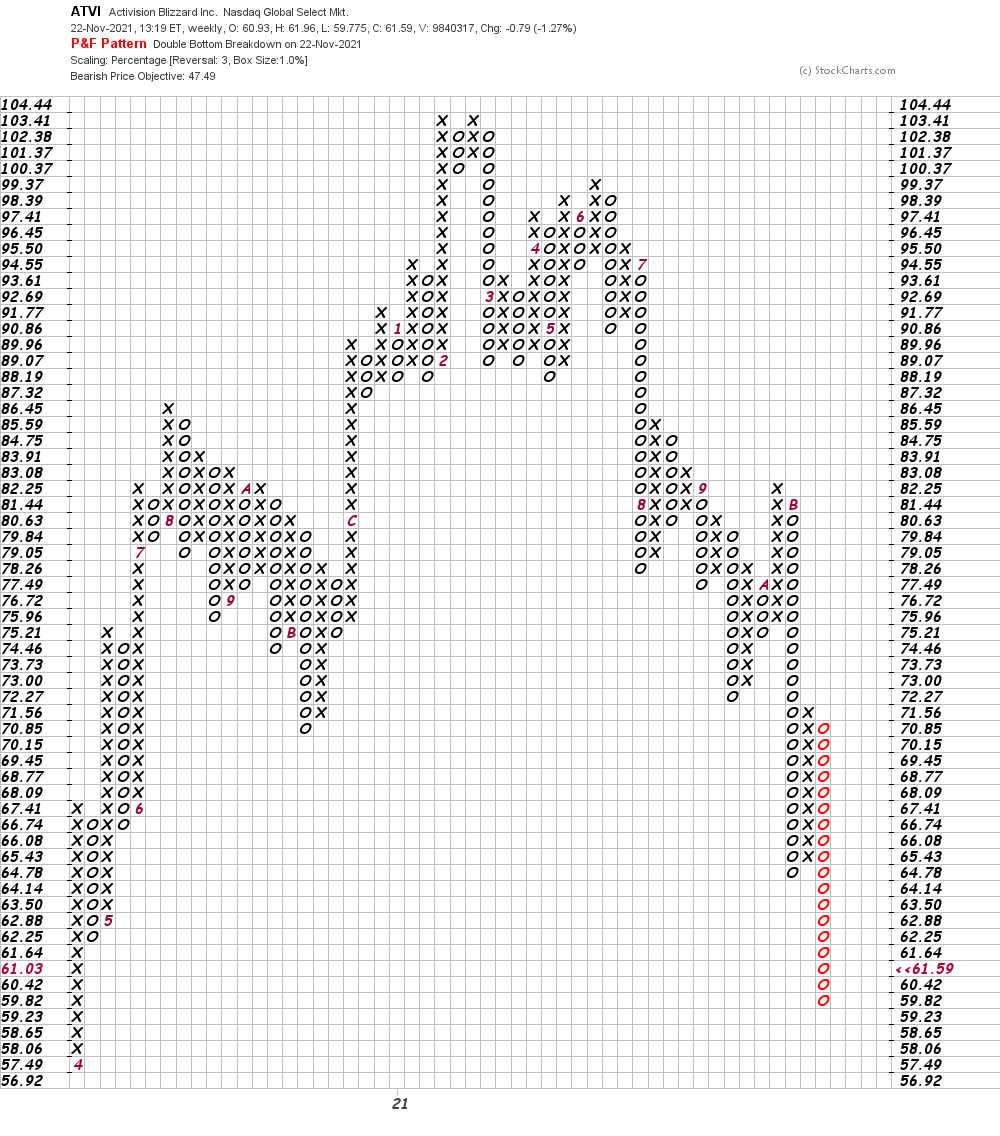 Bottom-line strategy: The share price of ATVI is weak and the charts are pointed lower. The pace of the decline may be slowing soon so traders should be alert to the possibility of an upside pop or rebound from oversold readings. We might see buyers return if ATVI gets into the $51-$47 area but it is too soon to tell.
Get an email alert each time I write an article for Real Money. Click the "+Follow" next to my byline to this article.
TAGS: Investing | Stocks | Technical Analysis | Gaming | Consumer Discretionary | Sports