TheStreet's Quant Ratings service downgraded Acadia Pharmaceuticals (ACAD) to a "sell" Monday. But what do the technicals say?

When we reviewed the ACAD charts on April 5 we wrote that, "It is not important where ACAD declines to the $16 area as suggested by the Point and Figure chart. It is not important if ACAD makes an oversold bounce. The important thing to remember is that ACAD is going to need a long repair process in the months ahead. Avoid."

In the daily bar chart of ACAD, below, we still see a bearish picture with two large downside price gaps in early March and early April. The shares made only minor and temporary bounces after these gaps telling us that most traders do not consider this a "buy the dip" stock.

The On-Balance-Volume (OBV) line has sunk to a new low as sellers of ACAD remain more aggressive. The Moving Average Convergence Divergence (MACD) oscillator has a long recovery before reaching the underside of the zero line.

In the weekly bar chart of ACAD, below, we see a bearish picture without the price gaps. Prices are below the declining 40-week moving average line.
The weekly OBV line is bearish and so is the MACD oscillator.

In this daily Point and Figure chart of ACAD, below, we can see a price target in the $15 area. 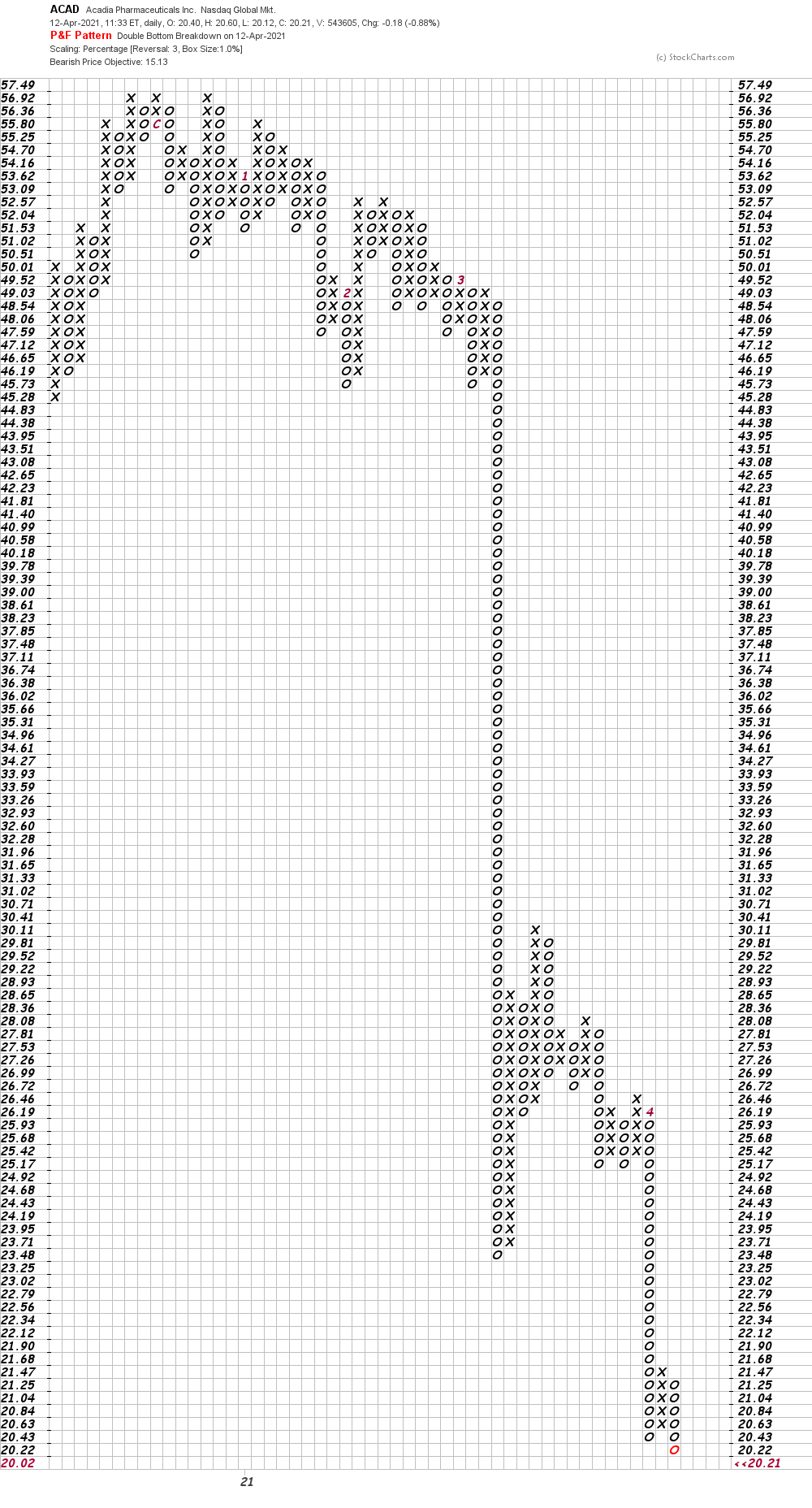 In this weekly Point and Figure chart of ACAD, below, we have a tentative price target of $0 (zero). This price target is probably too bearish but I would not argue with the direction. 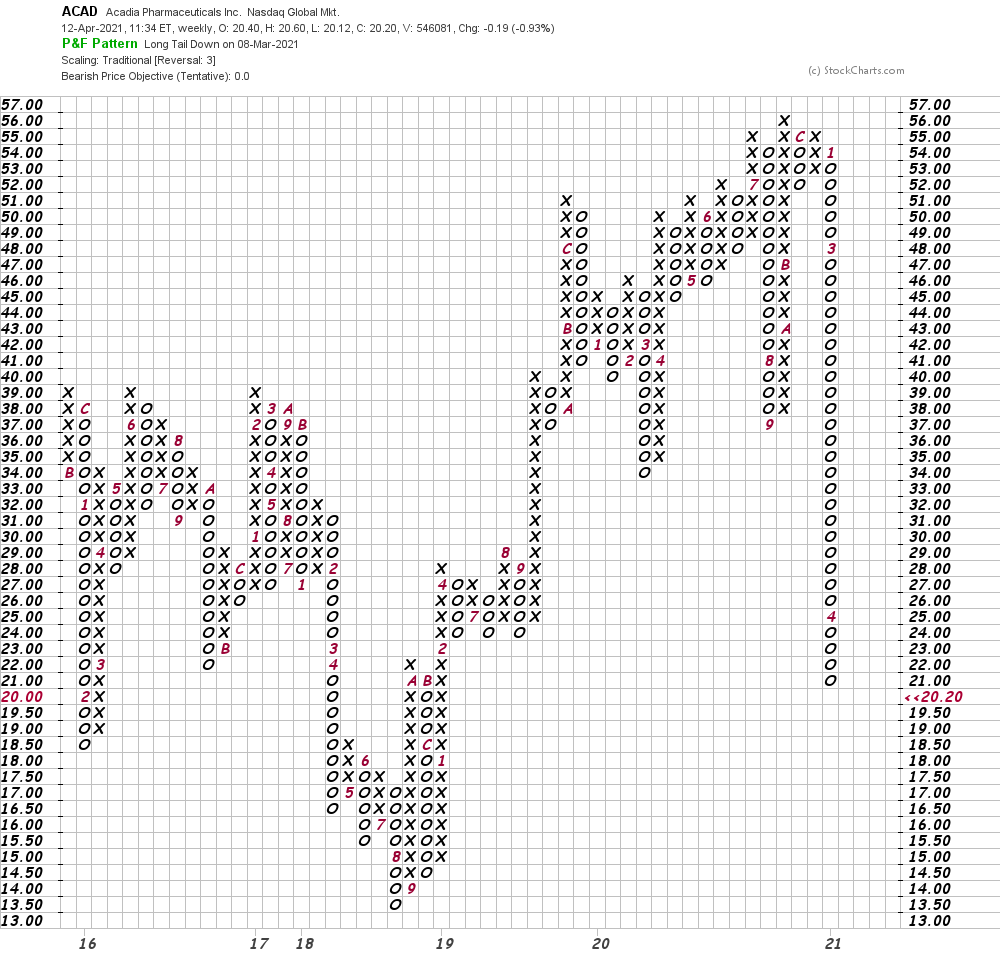 Bottom-line strategy: The charts and indicators of ACAD are still bearish. Continue to avoid the long side of ACAD.
Get an email alert each time I write an article for Real Money. Click the "+Follow" next to my byline to this article.
TAGS: Investing | Stocks | Technical Analysis | Pharmaceuticals | Quant Ratings