Abercrombie & Fitch (ANF) was recently downgraded to Hold by TheStreet's Quant Ratings service. Let's take a few minutes to see how this downgrade plays out with the charts and indicators. ANF's stock price has been cut in half in less than two months so a downgrade does not seem like a big surprise, at least in my mind and experience on Wall Street.

In the daily bar chart of ANF, below, we can see a base pattern back in September-February that seemed to show promise of an extended rally phrase. However, in early May the advance stopped abruptly and prices tumbled lower with a large downside price gap late in the month.

The uptrend in the daily On-Balance-Volume (OBV) line from November to May was broken at the end of May as sellers of ANF became more aggressive.

The Moving Average Convergence Divergence (MACD) oscillator moved below the zero line in late May for an outright sell signal. Recently as prices have shown some stability we can see a cover shorts buy signal from this indicator.

In the weekly bar chart of ANF, below, we can see a number of big percentage swings in the stock price the past three years -- from $22 to $10 to near $30 before back to $16. The recent slide from above $30 to under $16 was faster than the other swings. Prices are under the declining 40-week moving average line.

The weekly OBV line shows, surprisingly, a rise until early May before a turn lower. The MACD oscillator on this longer time-frame gave a take profits sell signal and is almost all the way under the zero line.

In this Point and Figure chart of ANF, below, we can see a potential upside price target of $19. Price gaps on this type of chart are filled in as if the stock did in fact trade at those increments. 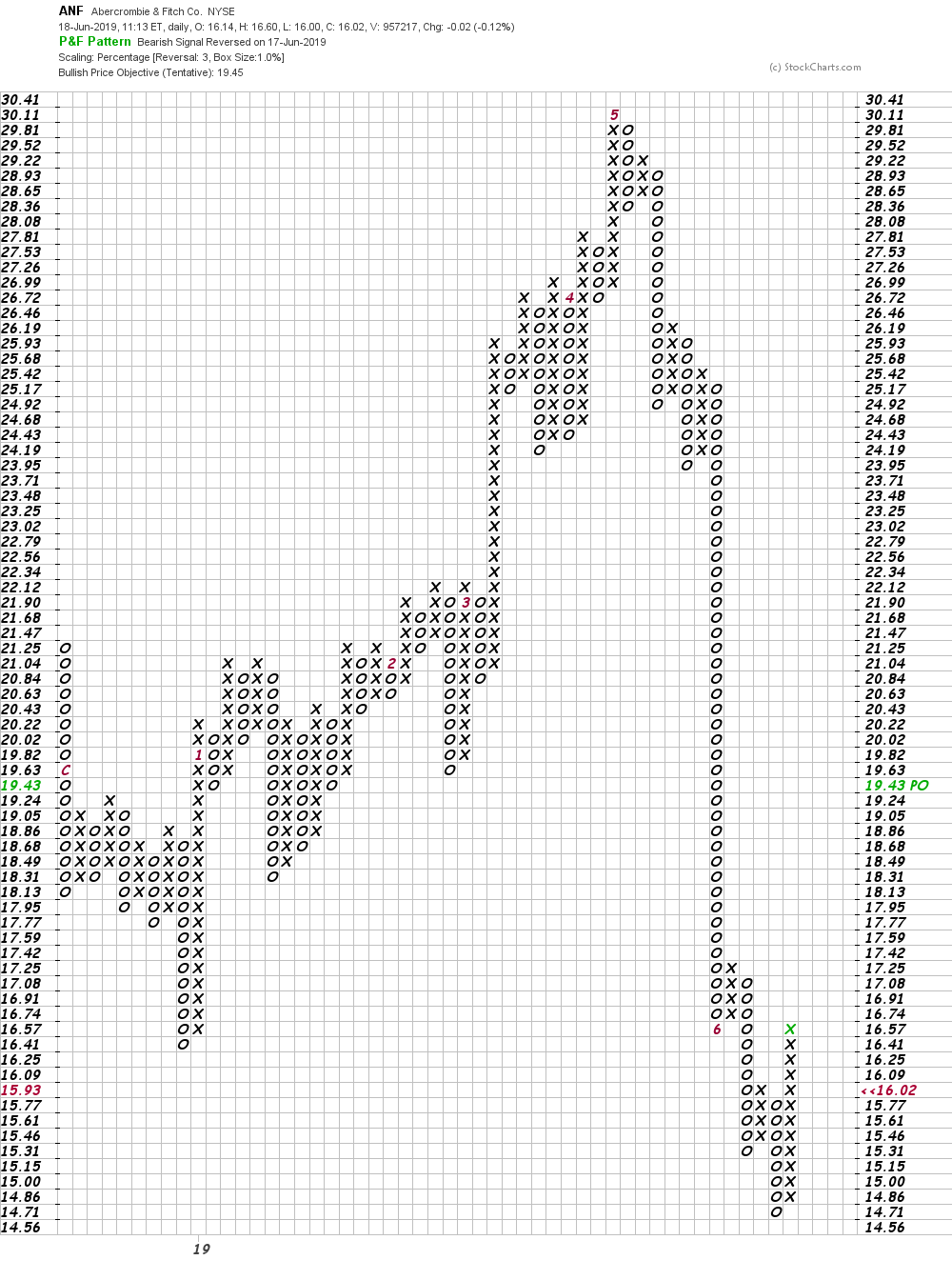 Bottom-line strategy: ANF has weakened significantly but in the short-term could bounce higher. Without a new base pattern I would not anticipate the bounce to go very far or to last very long.

Get an email alert each time I write an article for Real Money. Click the "+Follow" next to my byline to this article.
TAGS: Investing | Stocks | Technical Analysis | Apparel | Retail | Quant Ratings