Something changed in the market last week.

Sure, the S&P 500 had its first -- barely -- down week in April. But that wasn't it. What changed was the speculative stuff that had been trending downward since February had caught a rally. The rallies were not quite as speculative as they were in January or early February, but it was definitely those names that found some friends.

The rest of the market spent the week going nowhere fast. In fact, if you had to draw a picture of what most charts looked like last week, it would look like this, a chop-fest: 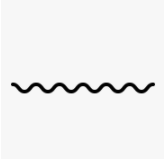 That is actually what the Russell 2000 fund (IWM) , an exchange-traded fund for the Russell, has looked like the entire month of April. If we step back and forget the potential head-and-shoulders top that everyone now sees, that's the pattern we've seen in this index for three months.

This brings me to a discussion about an indicator I keep but rarely have discussed here. Each day I calculate the daily point change for the spread between the Russell's 50 and 200 day moving average. The thinking is that the 200 dma is quite slow moving and the 50 dma (relatively speaking) moves quicker. In a fast moving market the daily change of the spread between the two moves quickly. I use it to determine when enough is enough.

This chart takes us back about two decades. Point A is July 2002. For those who were around at the time, that was a low that led to a rally and then came down again in October. You can see the Russell had lost nearly 40% heading into that low. So it makes sense that this indicator got negative and thus oversold.

Point B was late November 2008. We rallied and came back down into the March 2009 low. Again, the decline is quite obvious on the chart of IWM. Point C is the "Flash Crash" in May of 2010. We rallied into the summer and came down again into late August.

Point D is August 2011. Here, too, you can see the giant whack on the chart. We rallied and came down again into October. I could have combined E&F to one but opted for two, because you can see that unlike the prior readings on the indicator chart, this one saw twin lows. Point E is the decline in August 2015, which we rallied from and then came down again in January 2016 at Point F.

Point G is early December 2018. Again, it is very easy to see that decline on the chart of IWM. The low came weeks later, in late December. Point H is obvious to all of us, as it is March of last year. Here there was never any retest. The oversold condition was in conjunction with the low in the index.

What all of those points have in common is that you can actually see those 10%-plus corrections on the chart of the IWM, even on a long term chart they stand out. Now, take a look at the indicator chart and notice that two things have occurred.

First, the 10% decline in the Russell can barely be seen on the chart. But there's something else. The Russell's 10% decline occurred in March. In March the indicator was still at the zero-line. It is the chop-fest of the small caps in April that has forced the indicator to plunge.

This is the first time a flat market has taken the indicator down so far (to oversold). I suspect it's mostly due to the math. The higher the level of the index, the larger the numbers (point change) we're dealing with but it is still very interesting to note that a sideways market, not a fast one as has always been the case before, has moved this down to a level similar to the fourth quarter of 2018.

If we are to take this at face value and try not to rationalize the indicator, then the Russell should rally from here (along with all the speculative names). The question that remains is if it will then come back down as it did every other time with the exception of 2020. I would lean that way.

Oil and energy lead to the upside, while big-cap technology and growth names struggle.

Excuses Abound to Sell and Buy, but the Truth Lies From Within

We are all looking for the secret sauce that will help us guide our way to prosperity, but here's where the best tools for investing are.

This Could Be the Next Biogen

Ginkgo Bioworks has great potential for science and investors.