This has been a decade to remember for the S&P 500. The index has tripled since 2012 with only minimal pullbacks along the way.

The keys here have been the 10-month simple moving average (SMA) along with the 10, 2 Bollinger Bands. As long as the SPY has been above the 10-month SMA, long is the place to be.

When the SMA fails, then buying the second month start after the first month touch (closing bar) on the lower Bollinger Band has been the optimal dip buy. Of course, that's only occurred in 2015, 2016, and late 2018/early 2019. 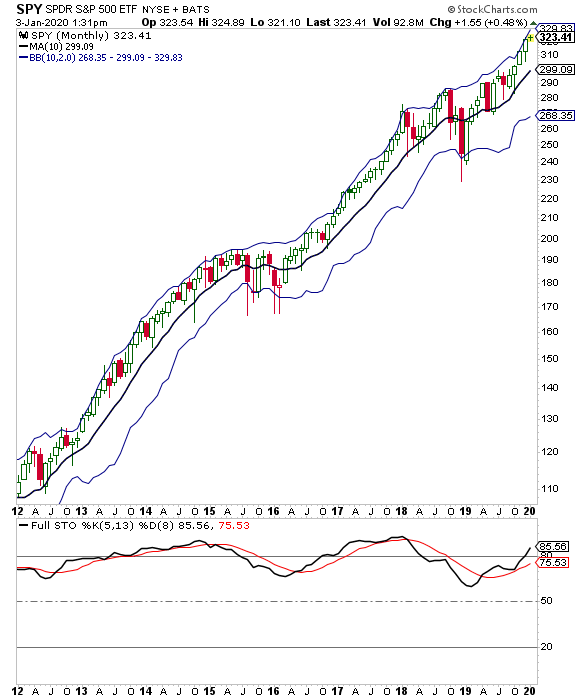 Playing a bullish cross in the Full Stochastics while above the midline (50) but below overbought territory has also been rewarding, but with the continued strength of the index, these opportunities have been rare as well. That being said, they have occurred simultaneously with the best buying off the lower Bollinger Band, so they make a quality confirmation indicator.

Currently, the SPY could drop to $300, and still the bulls would be in charge from a long-term perspective.

See the above. Seriously. It's virtually the same chart with the exception of the huge 2015 intra-month drawdown. 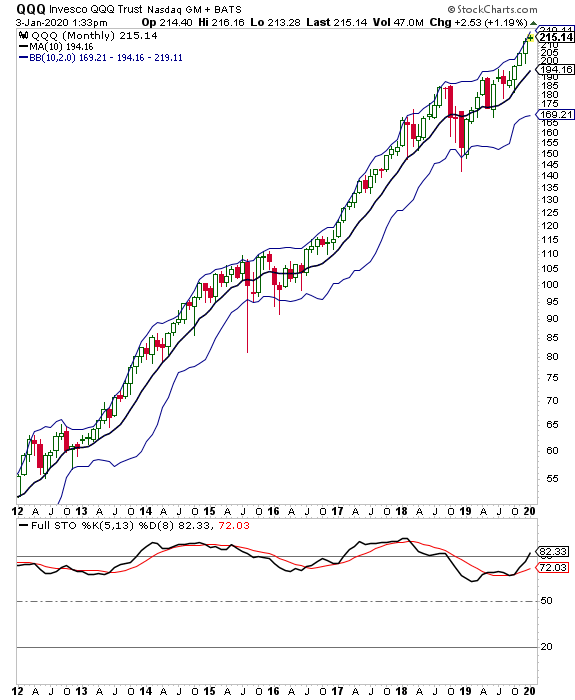 Again, the IWM has a similar profile to the SPY, but with more volatility and less consistency. That fits the bill of small-caps versus large-caps, so it's not a negative. It's to be expected.

The one indicator difference here is the Full Stochastics provides more clarity. Buying the crossovers between 50 and 65 along with implementing tighter trailing stops when the indicator drops out of overbought territory have served investors well. I expect that to continue.

As long as we remain above $155, expect new all-time highs in the first few months of the year. 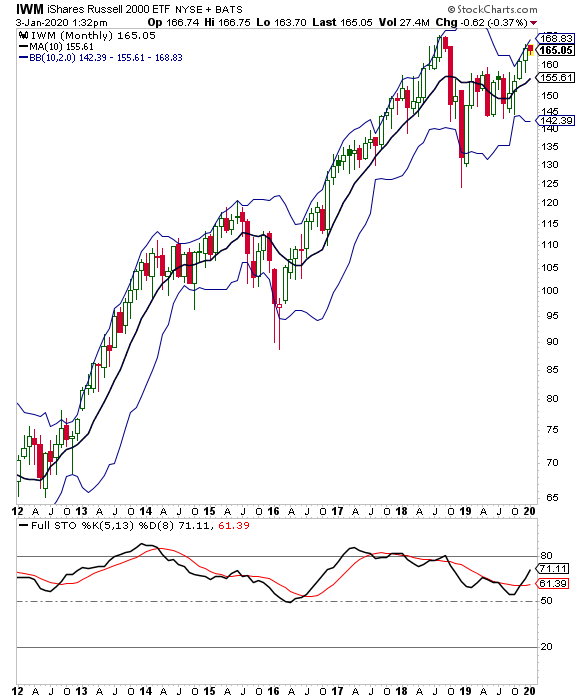 The past eight years has been a rough ride for gold, but if we were to trace back to 2010, we would find (GLD) trading around $105, so the 10-year return isn't terrible. Unfortunately, if an investor didn't sell in 2012 or very early 2013, they probably became demoralized having watched huge gains vanish. 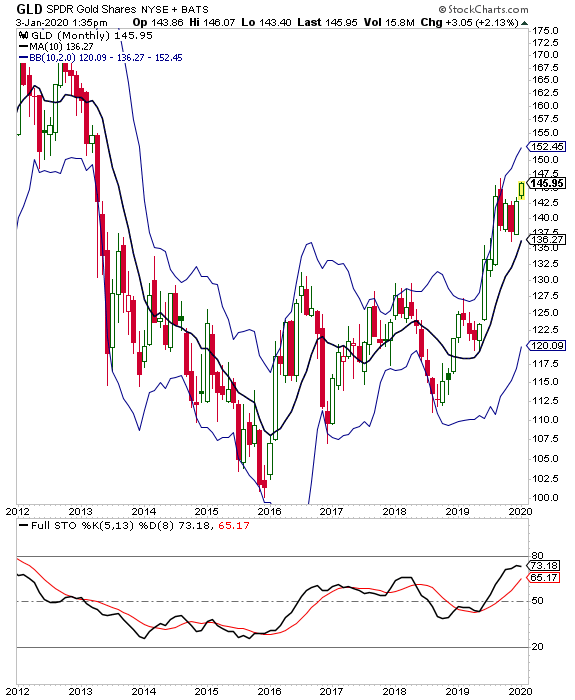 The 10-month SMA works as a swing. A break above usually brings on more upside while a cross below leads to several months of bearish price action. It's a great place to set alerts or even triggers. 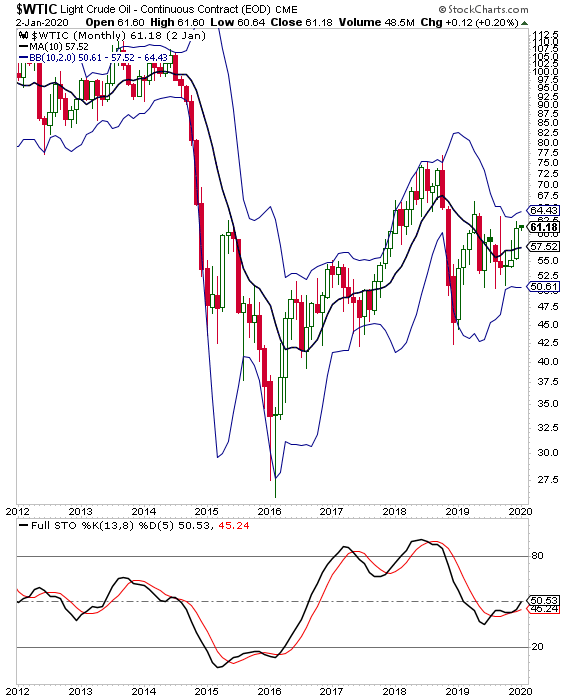 Middle East tensions have investors eyeing oil. Extending the Full Stochastics indicator provides a clear trigger. Confirmed crossovers have worked well in conjunction with trailing stops. While there have been losses, the winning trades have been huge.

First touches of the Bollinger Bands have continued in the same direction more than they've reversed, but again, trailing stops are needed to limit losses (long or short) when the price action doesn't continue.

Overall, this is one of the least influenced by previous price action, so a more difficult one to trade.

We're certainly seeing day-to-day volatility early in the month, but I'll be interested to see how the longer-term picture looks at the end of the month. For now, the bulls still hold the reigns.

Get an email alert each time I write an article for Real Money. Click the "+Follow" next to my byline to this article.
TAGS: Gold | Investing | Markets | Oil | Stocks | Trading