The major market indices continue to see progress as several short-term resistance levels have been violated and one index's trend has finally turned positive from neutral.

At this point, seven of the eight indices we follow have positive short-term trends. 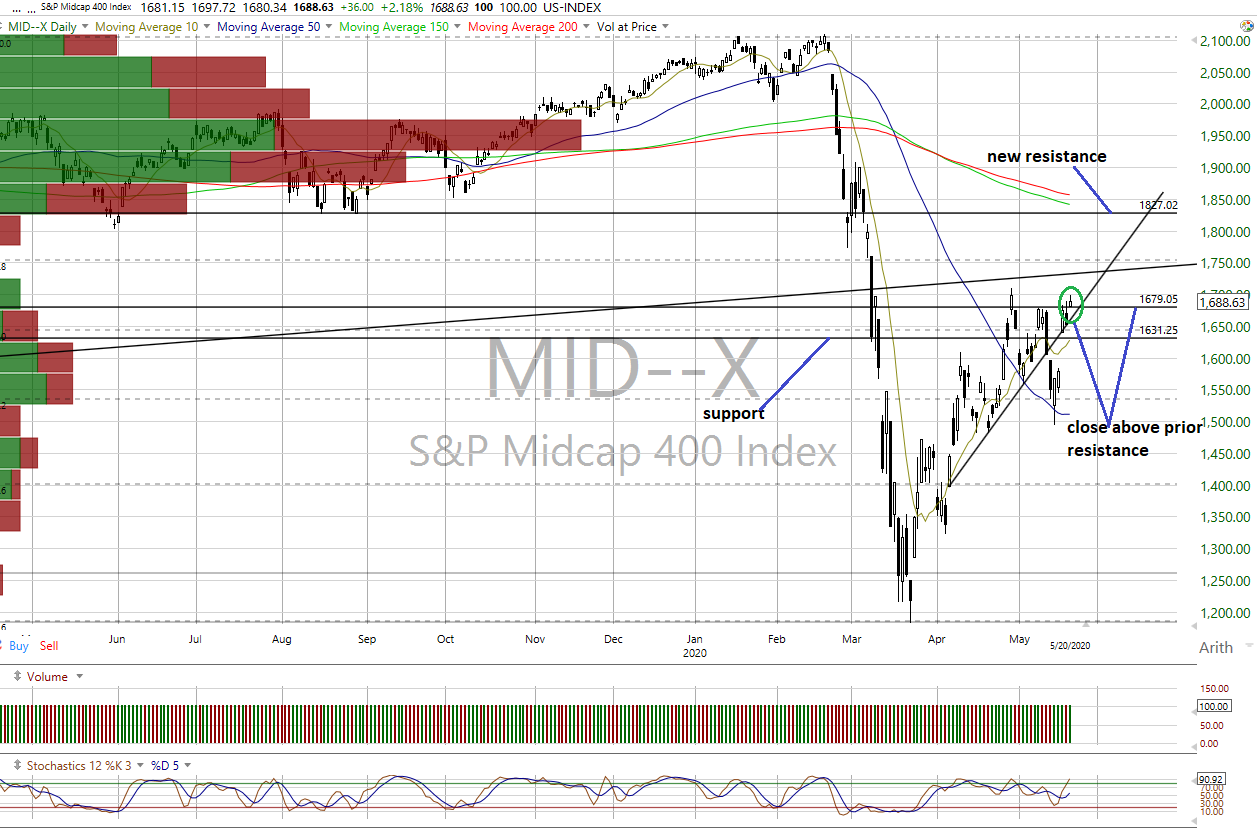 All the major equity indices closed higher Wednesday with positive internals and higher trading volumes with most closing near their intraday highs.

Technical improvements were registered on the S&P 500, Nasdaq Composite, Nasdaq 100, Dow Jones Transports and S&P Midcap 400 as all closed above their near-term resistance levels.

The MidCap chart (see above) may be of particular interest as its next high-volume resistance level is notably above current price.

Also, the Dow Transports' strength (see below) turned its short-term trend from neutral to positive, leaving all the indices in uptrends except for the Russell 2000 staying neutral.

Breadth also improved, with the All Exchange cumulative turning positive from negative while the NYSE's and NASDAQ's turned neutral. 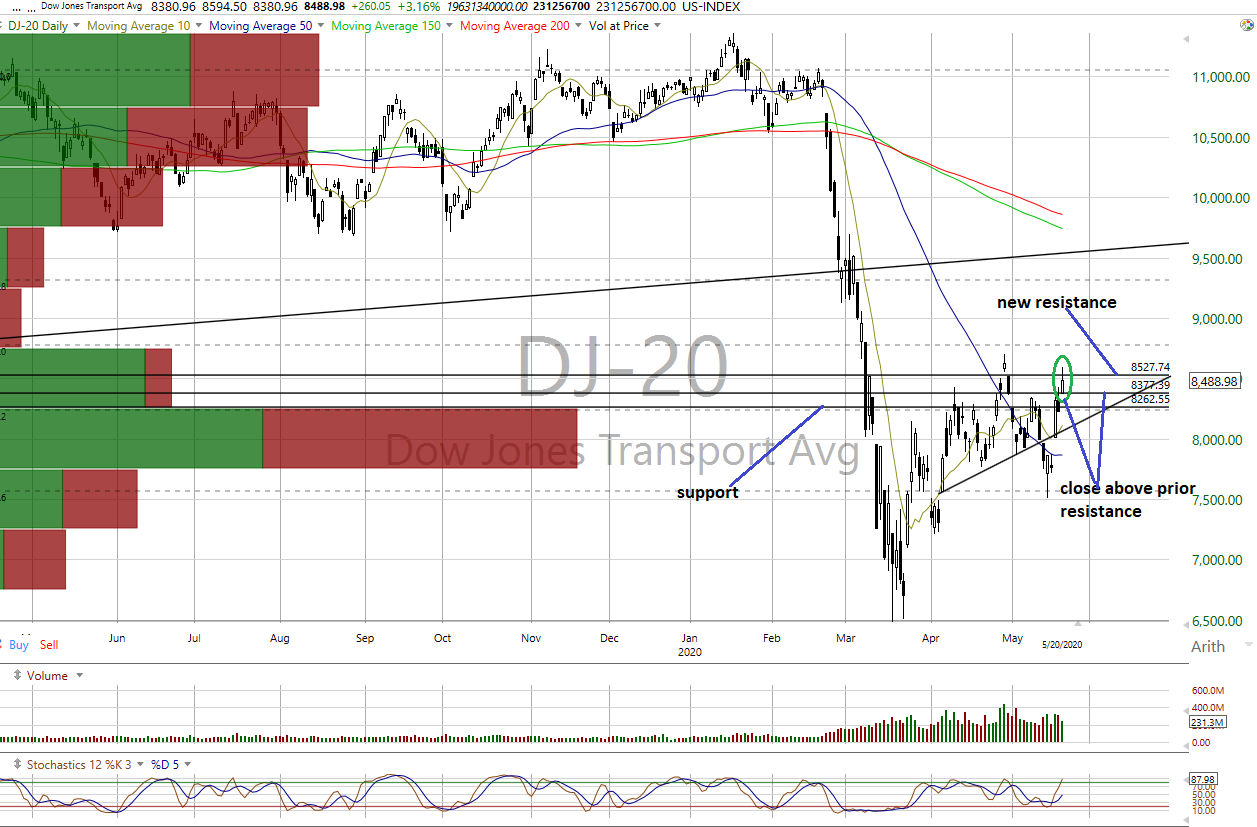 The data continues to send a generally neutral message although the one-day McClellan Overbought/Oversold Oscillators for the All Exchange and Nasdaq moved into overbought territory as the NYSE's remained neutral (All Exchange: +51.33 NYSE: +49.76 Nasdaq: +53.23).

The Open Insider Buy/Sell Ratio, at 87.9, remains neutral and lacks a warning signal of a cautionary uptick in insider selling in spite of recent price advances.

The detrended Rydex Ratio (contrary indicator) of +0.46 is also neutral.

This week's AAII Bear/Bull Ratio (contrary indicators) of 49.1/25.87 continues to send a bullish message as the crowd has yet to embrace the market's strength from the March lows.

The counterintuitive percentage of S&P 500 issues trading above their 50-day moving averages returned to neutral from bearish at 74.3%.

Valuation continues to be our largest concern with the S&P 500 trading at a P/E of 23.1x consensus forward 12-month earnings estimates from Bloomberg that have dropped to $128.87 per share, versus the "rule of 20" fair value multiple of 19.3x.

While valuation casts a shadow, the recent strong market gains have yet to shift the charts and data to a point that would alter our current near-term "neutral/positive" outlook for the equity markets as a whole.