ZS has declined significantly in the past five weeks. I hope that traders used the strength to $200 and above to nail down some profits.

The On-Balance-Volume (OBV) line shows weakness the past month telling me that traders have been more aggressive sellers. The 12-day price momentum study shows a lower high from early March to late March. When compared to the price action which makes a lower low in late March we have a small bullish divergence. This represents a slowing in the decline in March and could be from scale-down buying by forward-looking investors.

In the weekly Japanese candlestick chart of ZS, below, we see a mixed picture. Prices are still in a longer-term uptrend above the rising 40-week moving average line. Last week's candle pattern shows a lower shadow on approach to the 40-week moving average line. A lower shadow tells us that traders have rejected the lows but trading volume has been decreasing and that suggests that prices have not yet reached a level or area where investors are becoming more aggressive buyers.
The weekly OBV line is still pointed down and the weekly Moving Average Convergence Divergence (MACD) oscillator has not yet begun to narrow toward a potential buy signal.

In this daily Point and Figure chart of ZS, below, we can see a potential upside price target in the $213 area. 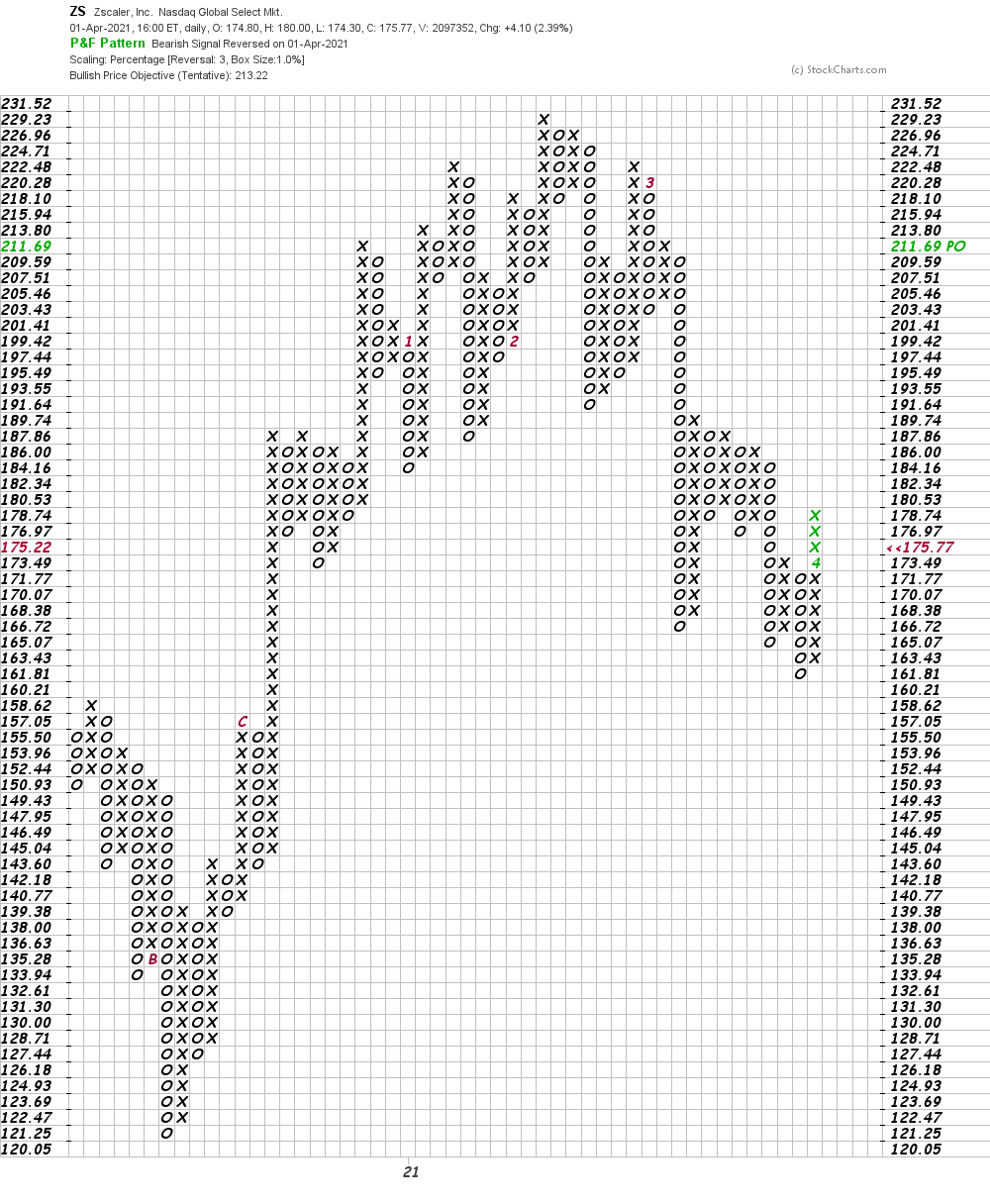 In this weekly Point and Figure chart of ZS, below, we see a much different picture and the software is suggesting that the $103 area is a downside price target.

Bottom-line strategy: There are positive clues and bearish clues in the charts above. I know that you do not make money by sitting on the sidelines but I also know that a buy recommendation feels better when we see a better alignment of the charts and indicators. I would wait a bit longer on ZS before probing a the long side.
Get an email alert each time I write an article for Real Money. Click the "+Follow" next to my byline to this article.
TAGS: Investing | Stocks | Technical Analysis | Cybersecurity | Technology