The major equity indexes closed mostly lower Tuesday except for the Dow Jones Transports (DJT) posting a minor gain. All closed at or near their intraday lows due to late-session selling, frequently considered to be the rational actors.

While no violations of support or trend were registered, two indexes saw bearish stochastic crossover signals appear that slightly darken the picture. Meanwhile, as the data remain generally neutral, a dip in forward 12-month earnings estimates for the S&P 500 combined with a notable one-day lift in the 10-year Treasury yield has broadened the valuation gap. Also, investment advisor sentiment remains overly enthusiastic. Consequently, we are not yet ready to alter our current near-term "neutral" outlook for the equity markets primarily due to the lack of chart sell signals as other cautionary clouds appear to be gathering.

The only index to close higher Tuesday was the Dow Jones Transports (below) as the rest suffered losses due to late-day selling pressure, with all closing at or near their intraday lows. 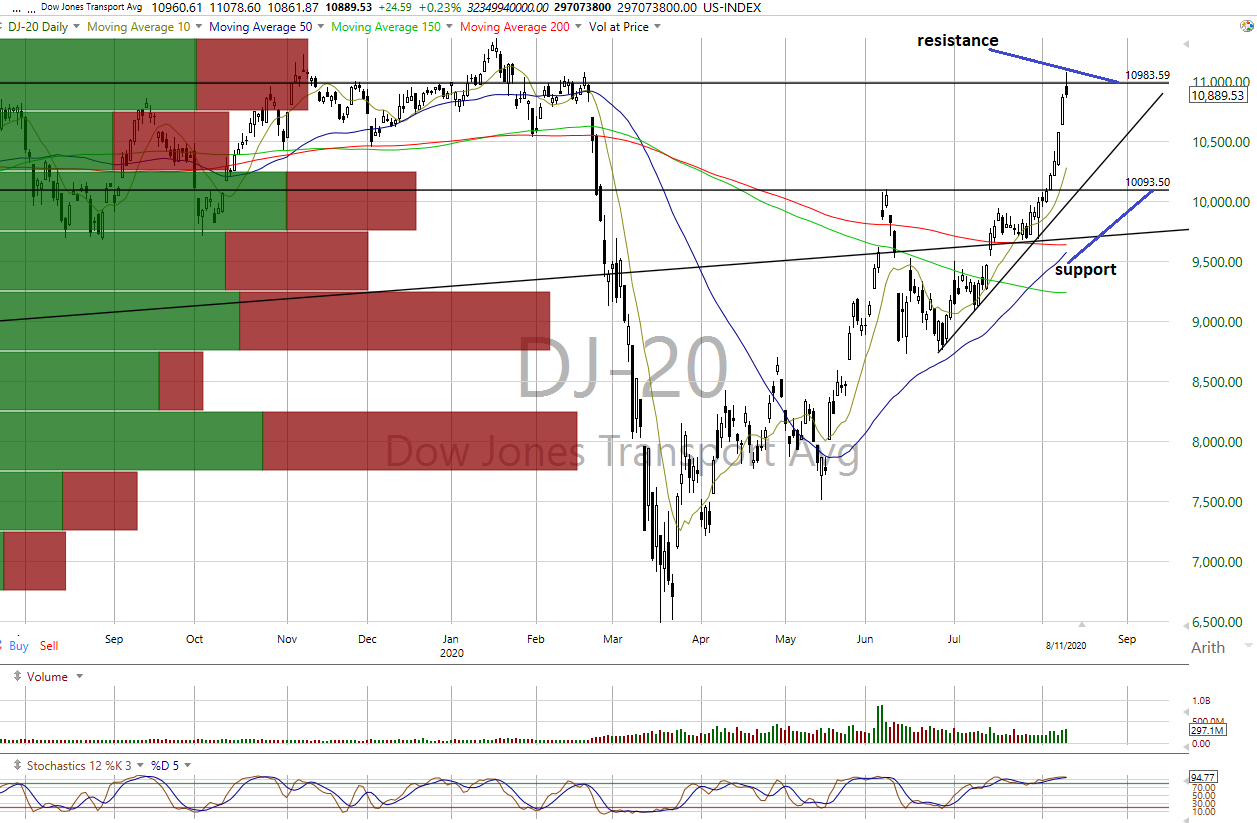 The Open Insider Buy/Sell Ratio is neutral as well but dipped to 34.0 as insiders have slightly increased selling activity.

We continue to view the overwhelming number of bullish investment advisors as cautionary with the Investors Intelligence Bear/Bull Ratio (contrary indicator) at 17.3/56.7.

The counterintuitive % of S&P 500 issues trading above their 50-day moving averages remains neutral at 77.8.

The valuation gap widened with the S&P 500 forward multiple extending to 23.0 with consensus forward 12-month earnings estimates from Bloomberg dropping to $145.05 while the "rule of 20" finds fair value at 19.3.

The S&P 500 forward earnings yield is 4.33% with the 10-year Treasury yield jumping to 0.66% while violating a seven-month downtrend line, suggesting a possible low in yield may have been achieved.

We are keeping our "neutral" near-term outlook for the equity markets intact largely due to a lack of sell signals on the charts, while valuation and sentiment remain cautionary.