For the first time in two decades, euros are actually worth less than U.S. dollars.

Earlier this week, I wrote about U.S. companies that have significant exposure to Europe. With the U.S. Dollar Index trading at 20-year highs and the euro reaching fresh 20-year lows, I'm expecting unfavorable exchange rates to become a common complaint when third-quarter earnings season begins in October.

Companies that have little or no European exposure should have a clear advantage over their euro-dependent counterparts. Today we'll chart some names that fit that description.

BJ's Wholesale Club Holdings (BJ) has more than 210 physical locations in 17 states and no stores outside the U.S. The members-only bulk retailer competes with Costco Wholesale (COST) and Walmart's (WMT) Sam's Club stores. 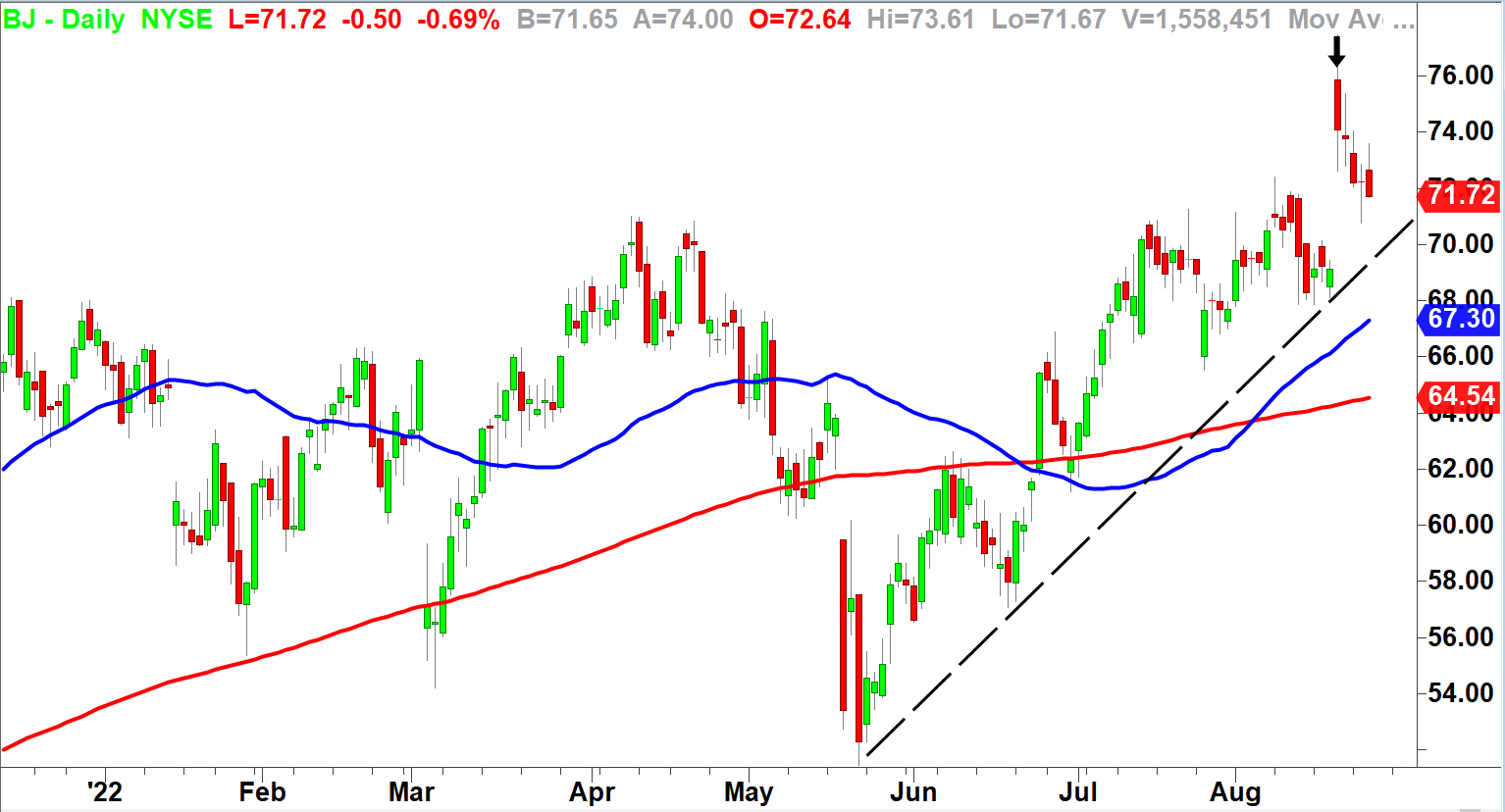 BJ's is pulling back to its trend line (black dotted line) after exploding to a fresh all-time high (arrow). The stock is up more than 9% year to date. BJ's is trading well above its 50-day (blue) and 200-day (red) moving averages, both of which are pointing higher, a bullish sign.

There's a reason why Dollar Tree (DLTR) isn't called Euro Tree. Dollar Tree operates more than 15,000 stores in the U.S. and Canada but has no locations outside North America.

Meanwhile, Dollar Tree is up nearly 18% year to date. 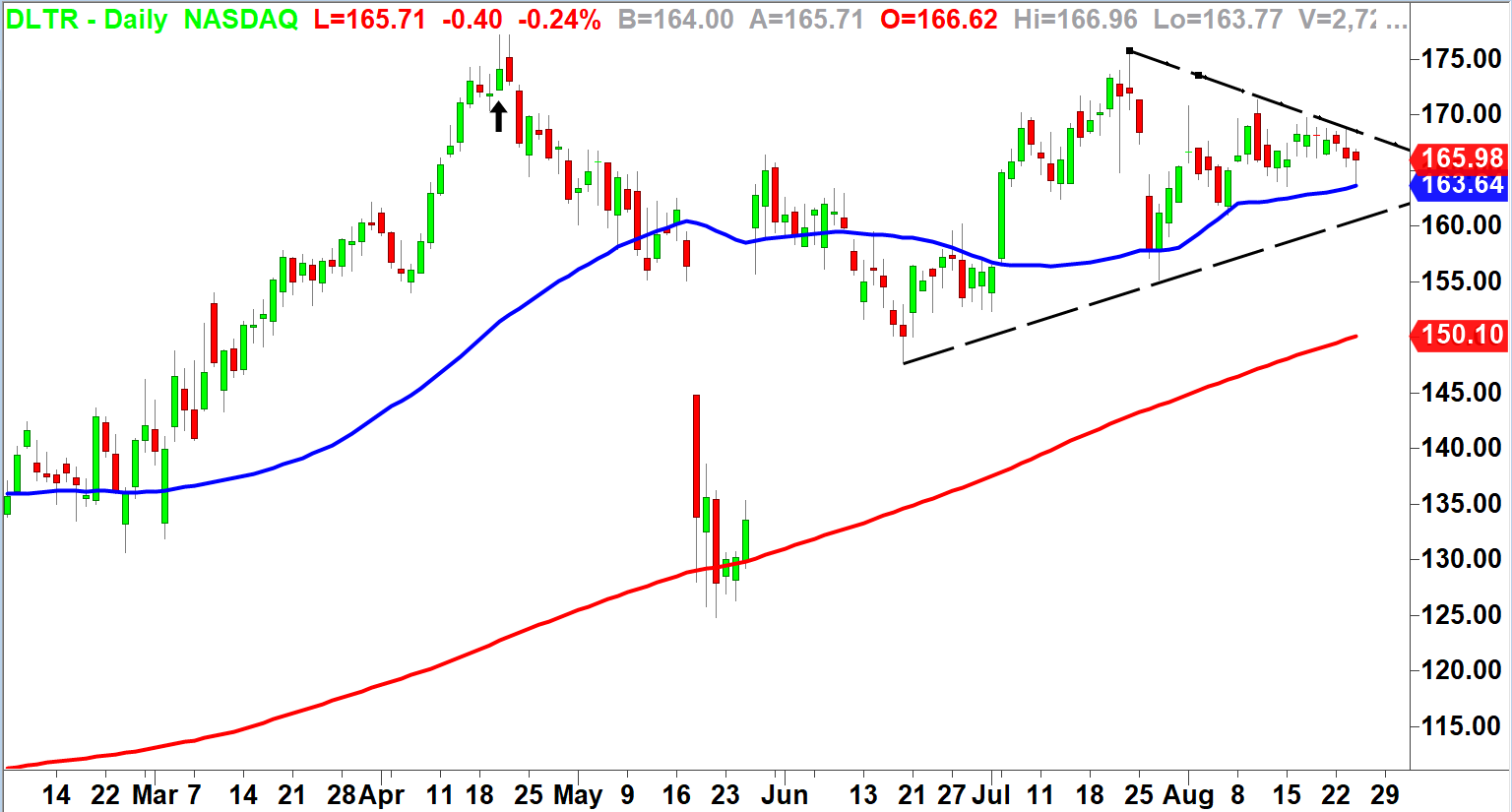 In a rough market, this stock trades within striking distance of its all-time closing high of $174.08 (arrow). A mere 4% rally is all Dollar Tree needs to reach a new high.

Dollar Tree has formed a symmetrical triangle pattern (dotted lines). This is a consolidation pattern and it has no directional bias. Traders can wait for a break of the formation in either direction.

However, a separate factor points toward a bullish bias. The stock is trading above its 50-day (blue) and 200-day (red) moving averages, which are both rising. 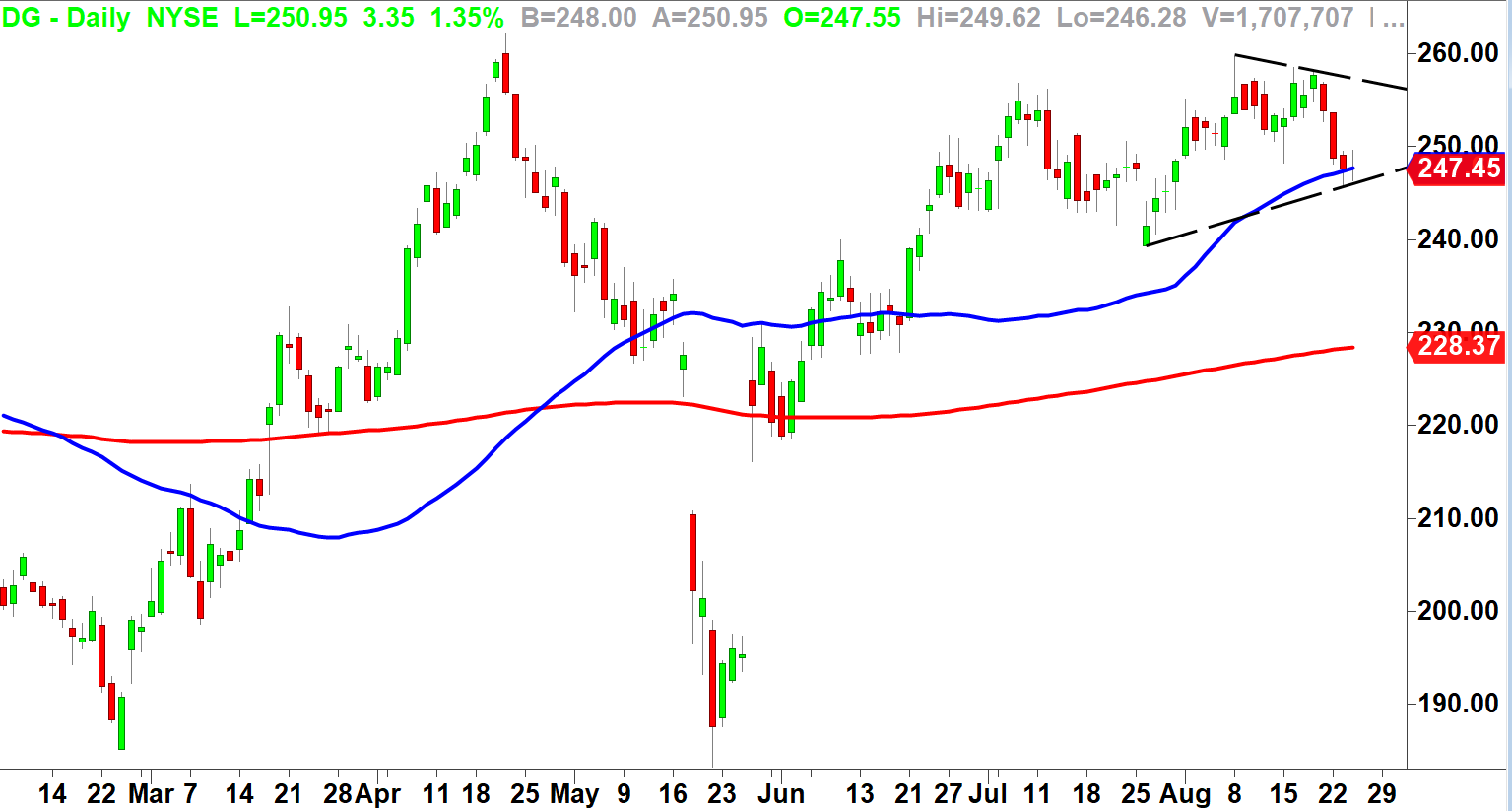 Pharmacy chain CVS Health (CVS) has more than 9,700 locations in 52 U.S. states and territories but has no locations outside the country. CVS is beating the major indexes by slipping just 2.8% year to date. 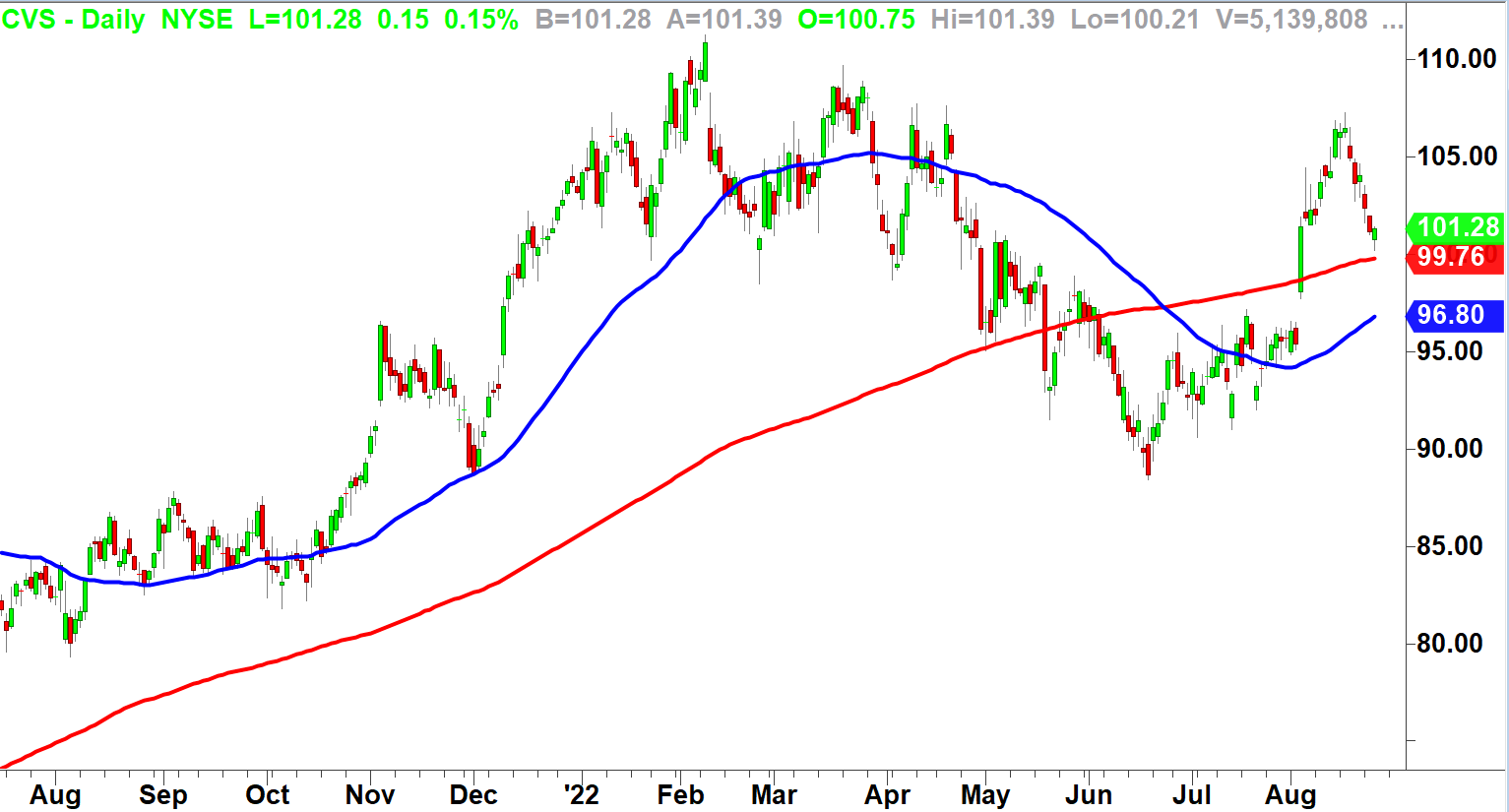 In addition to the above names, other companies that have their earnings concentrated in the U.S. include Target (TGT) and Kroger (KR) . Owning a few of these names provides a measure of protection against currency risk.

Get an email alert each time I write an article for Real Money. Click the "+Follow" next to my byline to this article.
TAGS: Fundamental Analysis | Investing | Currencies | Stocks | Technical Analysis | Consumer | Retail | Real Money