Starbucks (SBUX)  has taped Laxman Narasimhan as the company's next CEO. Narasimhan will join Starbucks as incoming CEO on October 1, and will work closely with Howard Schultz before taking the reins. Fundamental analysts seem to be optimistic about this leadership change but for me it comes down to the chart action.

In this daily bar chart of SBUX, below, we can see that prices "cooled off" from January to May. A higher low in June improved the technical picture and prices rallied to the underside of the declining 200-day moving average line in August. SBUX rolled over and retested the rising 50-day moving average line last week. Shares of SBUX may get a boost and try another test of the 200-day line but we will need to see trading volume increase significantly. Trading volume has been declining since early May.

The On-Balance-Volume (OBV) line has leveled off after a rise from May. The Moving Average Convergence Divergence (MACD) oscillator has crossed to the downside for a take profit sell signal.

In this weekly Japanese candlestick chart of SBUX, below, we see a mixed picture. Prices are in a longer-term decline below the declining 40-week moving average line. Trading volume increased into the May low and I view that as a positive.

The weekly OBV line shows some improvement from May even though trading volume has been disappointing. The candles show some lower shadows around $70 as traders have rejected those prices.

The MACD oscillator crossed to the upside in June for a cover shorts buy signal but this indicator is still not back to bullish territory (above the zero line).

In this daily Point and Figure chart of SBUX, below, we can see a potential downside price objective in the $77 area. 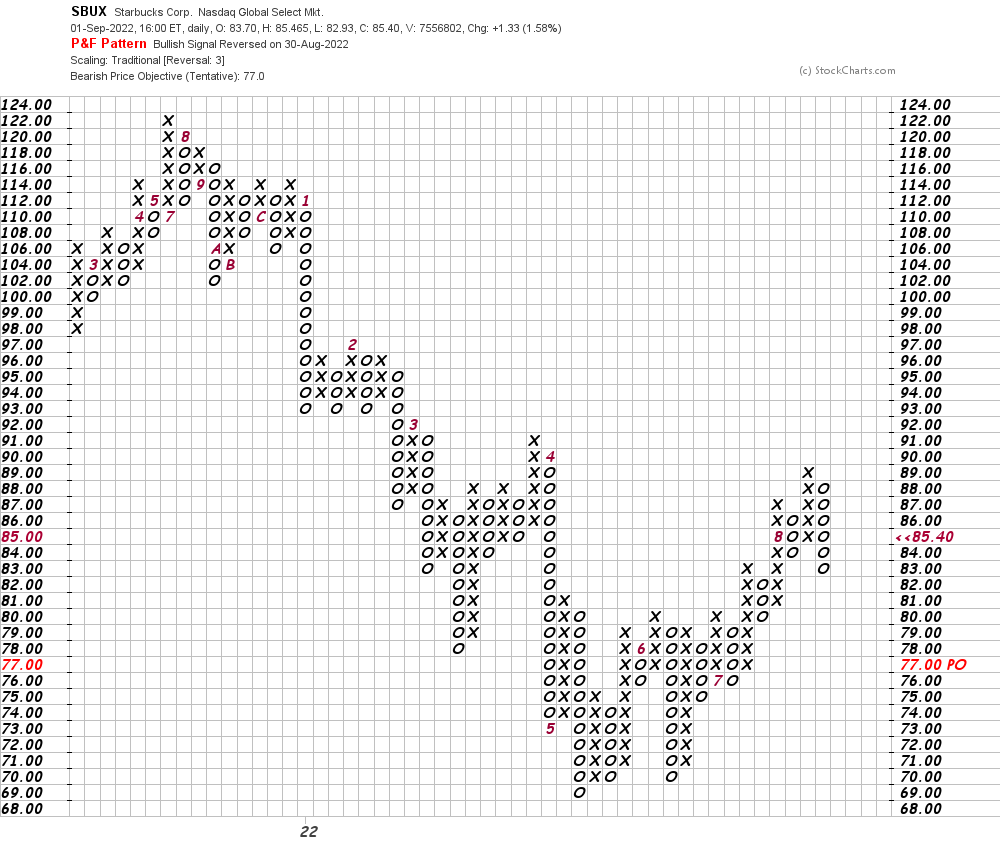 In this weekly Point and Figure chart of SBUX, below, we can see a price target in the $115 area. 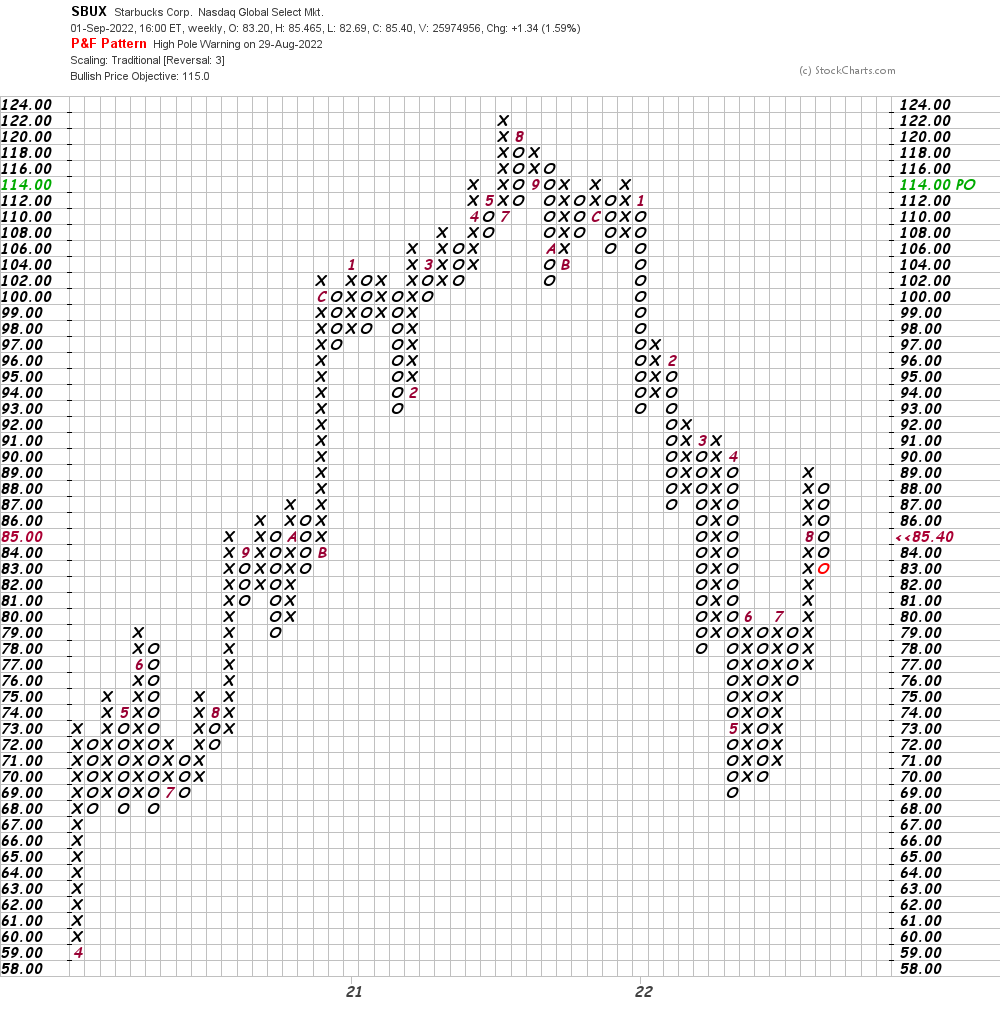 Bottom line strategy: SBUX getting a new captain to steer the ship is a positive but the ship is really large and it will take time to plot a new and sustained course. I want to see a bigger and stronger base pattern form before buying a latte or shares in the coffee giant.

Get an email alert each time I write an article for Real Money. Click the "+Follow" next to my byline to this article.
TAGS: Investing | Stocks | Technical Analysis | Trading | Food & Drink | Restaurants