For his second "Executive Decision" segment of Thursday's Mad Money program, Jim Cramer spoke with Kevin Johnson, president and CEO of Starbucks (SBUX) for an update on the coffee chain's reopening progress.

Foot traffic is steadily increasing at Starbucks locations and Johnson noted that same-store comparisons are tracking ahead of 2019 before the pandemic began. Eventually, every market around the globe will experience what the U.S. has experienced over the past 90 days.

Johnson said employee retention increased over the pandemic after the company guaranteed no layoffs and provided wage increases to give associates economic certainty.

Additionally, Starbucks is currently in the process of relocating 600 locations to better serve their communities. New locations are typically larger, brighter and feature drive-thrus and expanded mobile order pickup areas.

Let's check and see what the charts are up to now.

The On-Balance-Volume (OBV) line has been flat since February and suggests there is a balance of sorts between buyers and sellers of SBUX. The Moving Average Convergence Divergence (MACD) oscillator is below the zero line in sell territory.

In this weekly Japanese candlestick chart of SBUX, below, we see a mixed picture. Prices are still in an uptrend above the rising 40-week moving average line. A top reversal pattern can be seen in early April.

The weekly OBV line shows a weakening trend from December. The MACD oscillator is pointed lower and tells us that the strength of the uptrend is weakening.

In this daily Point and Figure chart of SBUX, below, we can see a potential downside price target in the $104 area. 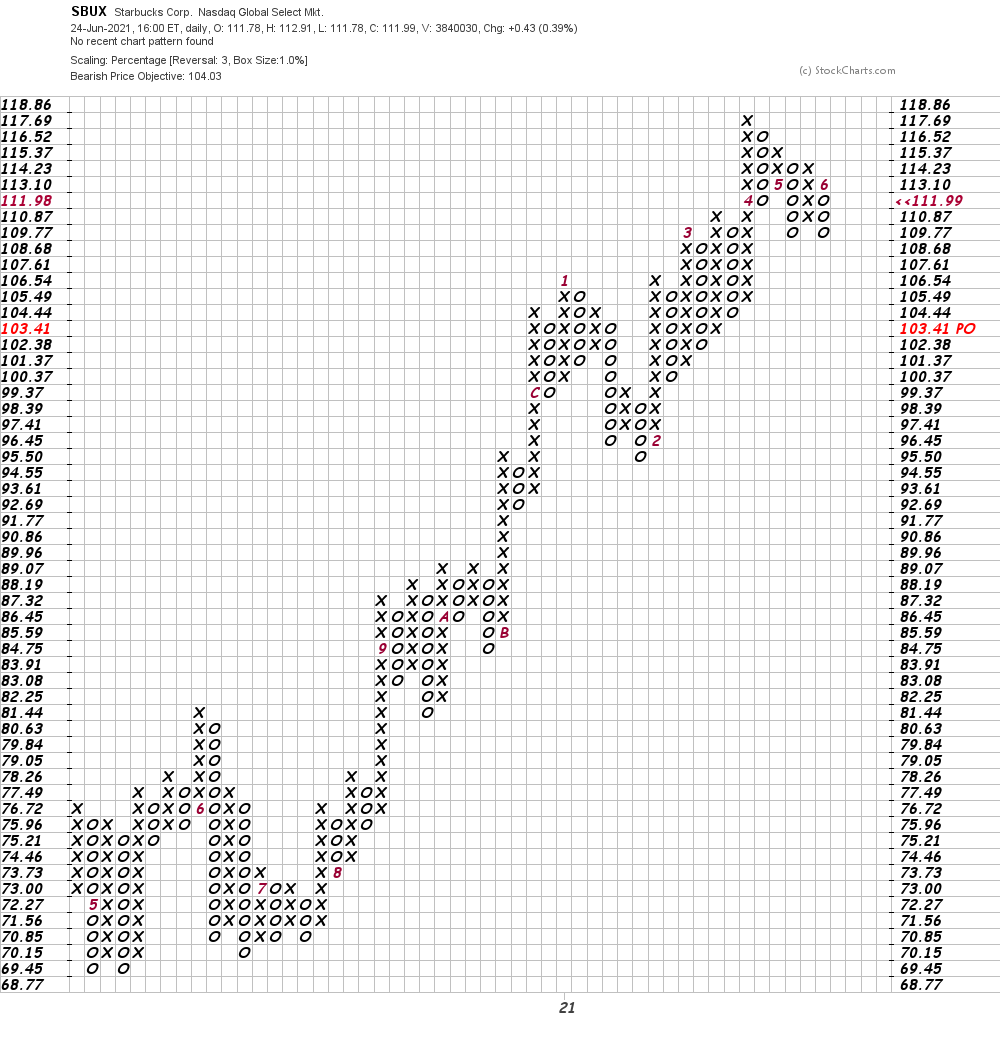 In this weekly Point and Figure chart of SBUX, below, we see the same downside price target of $104. 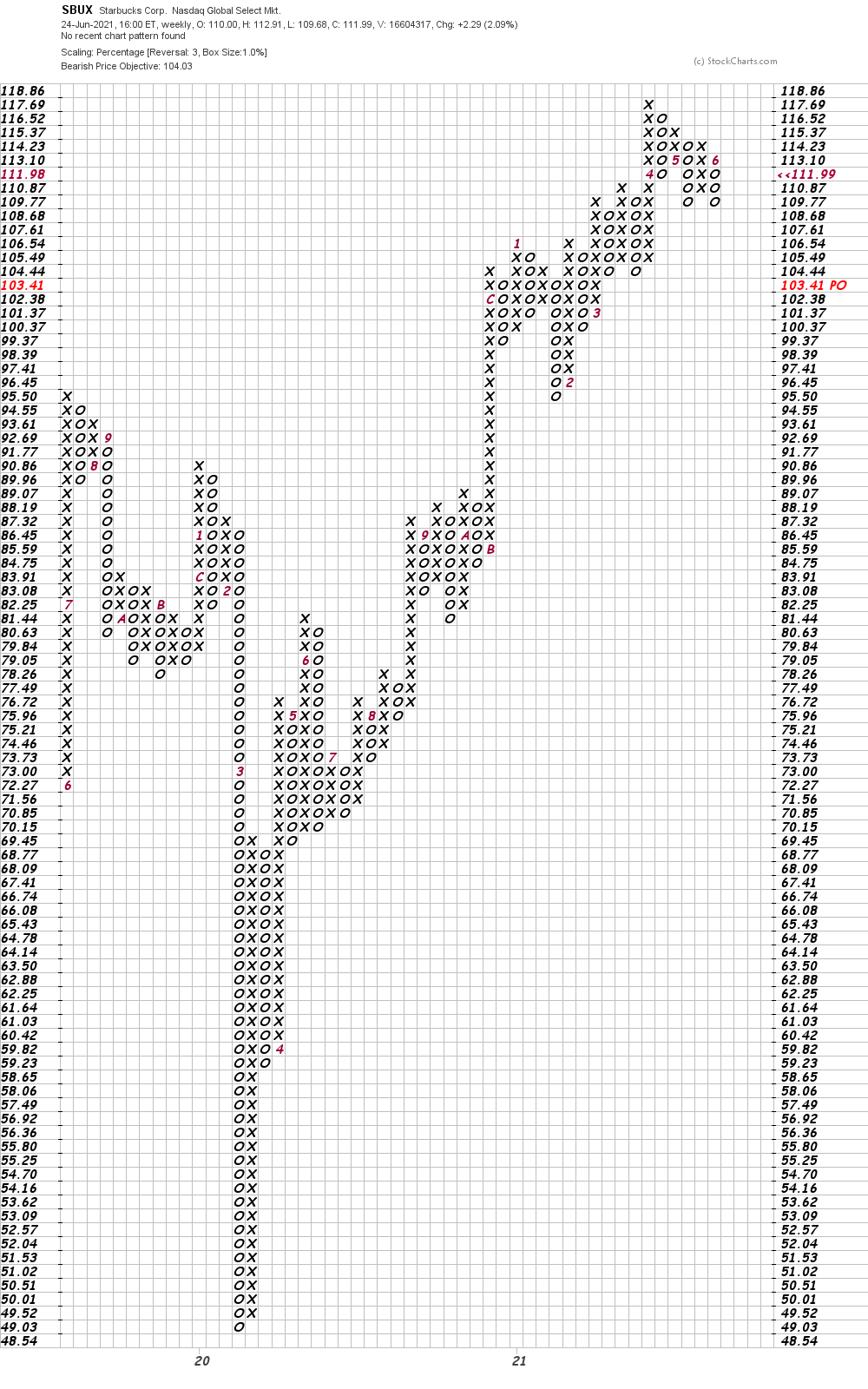 Bottom line strategy: SBUX has corrected from the middle of April but I don't think this pullback is finished. Stand aside for now but keep SBUX on your market minder.

Get an email alert each time I write an article for Real Money. Click the "+Follow" next to my byline to this article.
TAGS: Investing | Stocks | Technical Analysis | Trading | Food & Drink | Restaurants | Mad Money