Stanley Black & Decker Inc. (SWK) had 15-minutes of fame on the Lightning Round on Mad Money Monday night. Cramer said to one viewer, "Short-term this one will have issues, but I like it longer term." We can look at short-term and long-term charts of SWK. Join me.

In this daily bar chart of SWK, below, we can see can see that the share price of SWK has been in a downtrend the past 12 months. Prices have rebounded since late October and that could be the start of a rally phase. SWK is still below the declining 50-day simple moving average line but a close above $131 would probably break the average line. The daily On-Balance-Volume (OBV) line equaled the early July low at the end of October even though prices were significantly weaker. This could be considered a bullish divergence. The OBV line has moved up in November telling us that buyers of SWK have turned more aggressive. The daily Moving Average Convergence Divergence (MACD) oscillator gave a cover shorts buy signal at the beginning of this month and is very close to crossing the zero line for an outright go long signal.

In this weekly bar chart of SWK, below, we can see a mixed picture with the indicators. Prices are below the declining 40-week moving average line so the trend is down but the weekly OBV line does not show much in the way of aggressive selling during the decline from around $175 to $110. The weekly MACD oscillator is close to a cover shorts buy signal.

In this Point and Figure chart of SWK, below we can see an upside price target of $171 being projected. A trade at $131.30 will be a small upside breakout. 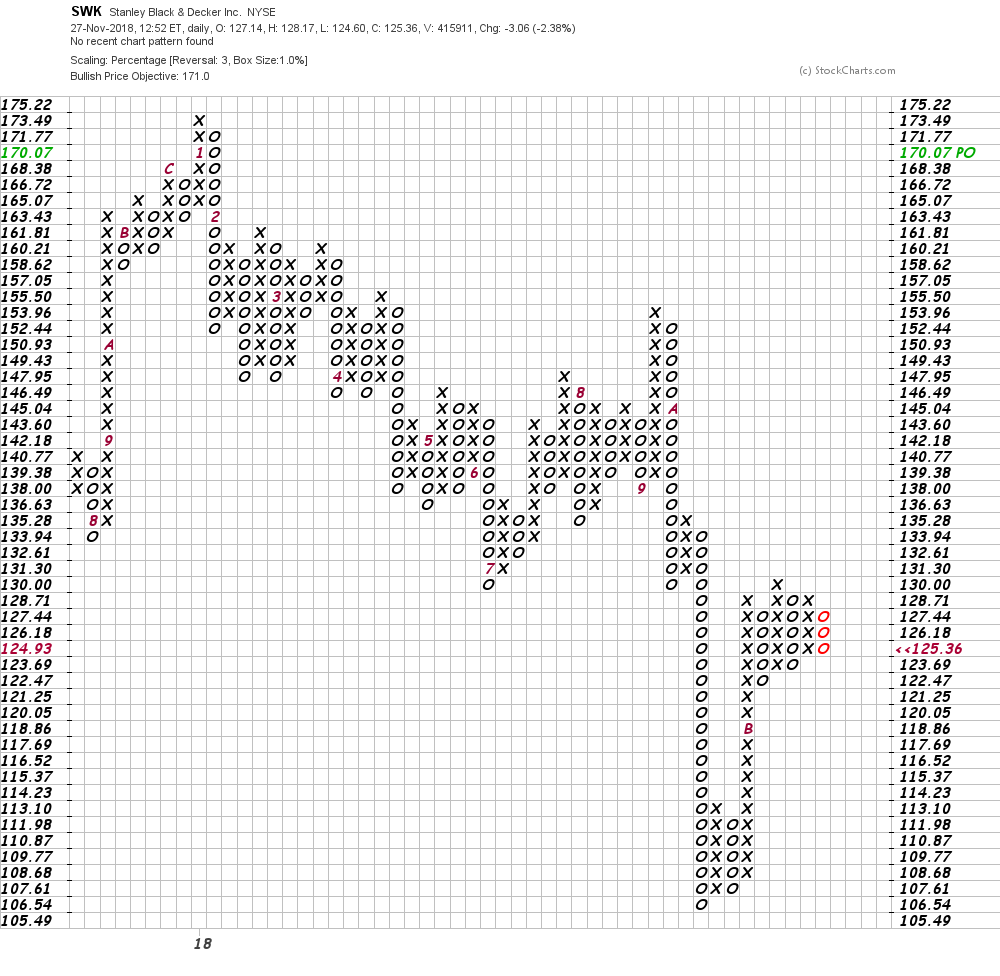 Bottom line strategy: SWK could trade sideways or even retest the late October low but longer-term it looks like SWK can make a good advance. Be patient and wait for more signs of accumulation.