Skyworks Solutions (SWKS) was one stock mentioned last night by Jim Cramer that could benefit from a trade truce with China. Let's check out the charts and indicators this morning as the fundamental story is above my pay grade.

In this daily bar chart of SWKS, below, we can see a possible lopsided double bottom pattern. There is a low in December/January followed by a rally to an April high. Prices retreat for a second low in late May/early June. The pattern is not "complete" until the April low is broken.

SWKS is above the declining 50-day moving average line and the bottoming 200-day line.

The On-Balance-Volume (OBV) line shows a low in early January and a second low in late May. We can see a similar pattern with the Moving Average Convergence Divergence (MACD) oscillator which is just now crossing above the zero line for a buy signal.

In this weekly bar chart of SWKS, below, we see a mixed picture. Prices are above the 40-week moving average line but the line has had a negative slope for a long time. A weekly close above $95 is needed to made the double bottom case.

The weekly OBV line shows a less than enthusiastic response with gains only in January and June. The MACD oscillator on this longer time frame is just now crossing to a cover shorts signal.

In this Point and Figure chart of SWKS, below, we can see that prices have reached and exceeded a price target. Prices could probably use a period of consolidation before further gains. 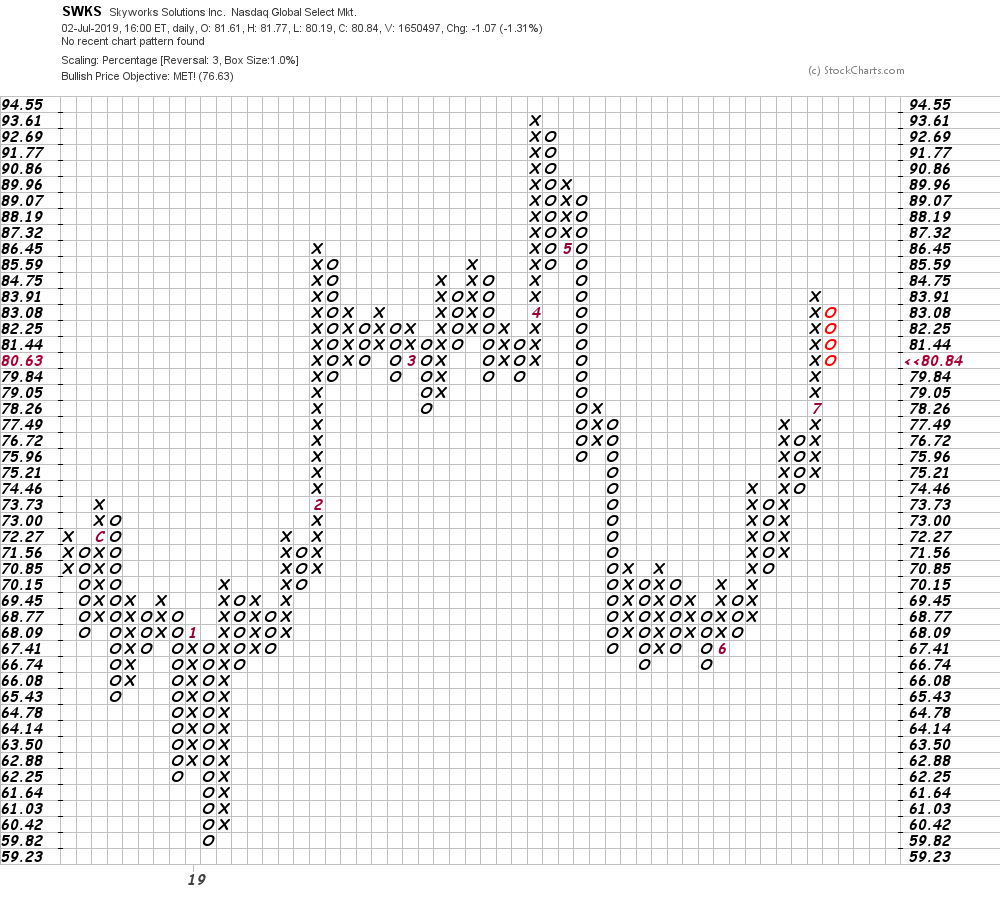 Bottom line strategy: Overall the charts suggest that SWKS could trade higher but the question for me is what to risk and where to go long. Risking a close below $74 for an undefined price target is not compelling. I'll wait for a better set-up.