For his second "Executive Decision" segment of Friday's Mad Money program, Jim Cramer spoke with Liam Griffin, president and CEO of Skyworks Solutions (SWKS) , which announced Friday the acquisition of the infrastructure and automotive business of Silicon Labs (SLAB) for $2.75 billion.

Griffin called the announcement a "perfect deal" that gives Skyworks great technologies and the deal is immediately accretive to their earnings.

Unlike most acquisitions that include a lot of cost cutting synergies, Griffin noted that with this deal they'll be investing and bringing all of the Skyworks' resources to grow these segments.

We looked at SWKS back on February 4 and recommended that traders "Raise stop protection to $170." Let's visit the charts again.

In this daily bar chart of SWKS, below, we see that traders who raised their sell stops to $170 as we suggested would have been stopped out in early March as prices declined to the $160 area. Prices have rallied back since then and are now close to making new highs for the move up. SWKS is trading above the rising 50-day moving average line which was successfully tested earlier this month. The 200-day moving average line is also sporting a positive slope.

The On-Balance-Volume (OBV) line has been steady the past three months and should be considered positive as the line did not decline with prices in late February and early March. This suggests that traders held their long positions.

In this weekly Japanese candlestick chart of SWKS, below, we can see a mixed to bullish picture. We can see some upper shadows above $190 but they are not particularly big. The lower shadows on the chart the past two months are bigger. The slope of the 40-week moving average line is positive.

The weekly OBV line is very strong and made a new high for the move up and is probably leading the price action. Buyers in this time frame are very aggressive. The MACD oscillator is bullish.

In this daily Point and Figure chart of SWKS, below, we can see that the software is projecting a downside price target of $170. But we also see that a trade at $197.44 will be an upside breakout and refresh the bull trend. 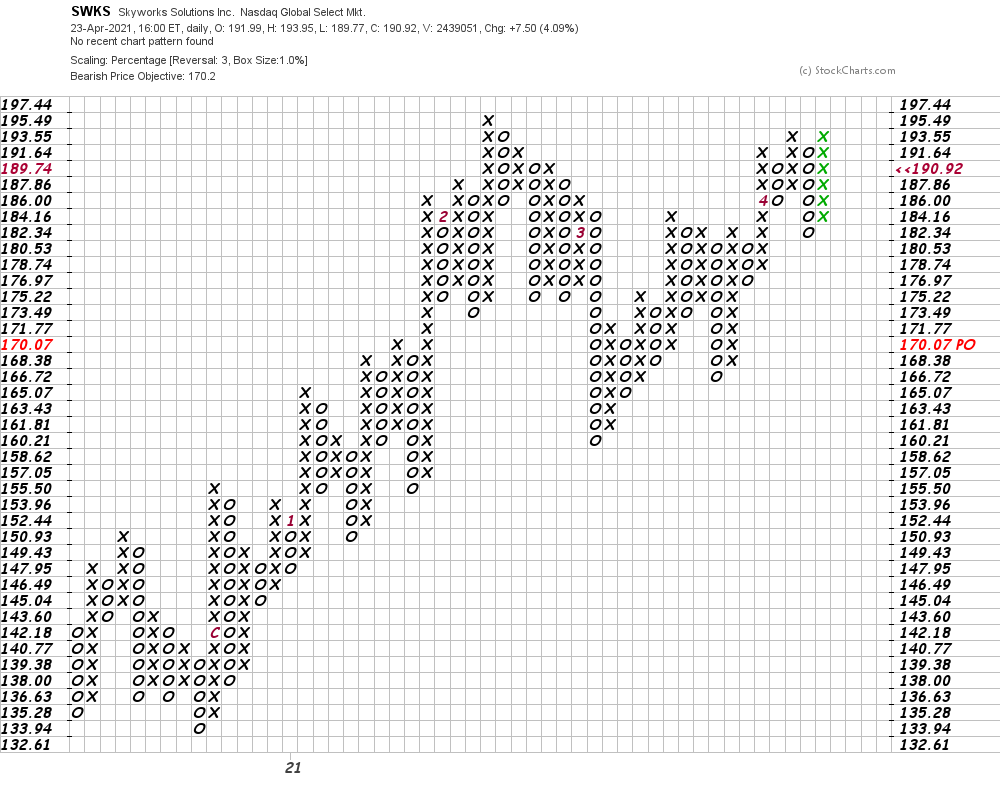 In this weekly close only Point and Figure chart of SWKS, below, we used a traditional even dollar scaling. Here the software is projecting a price target of $242. 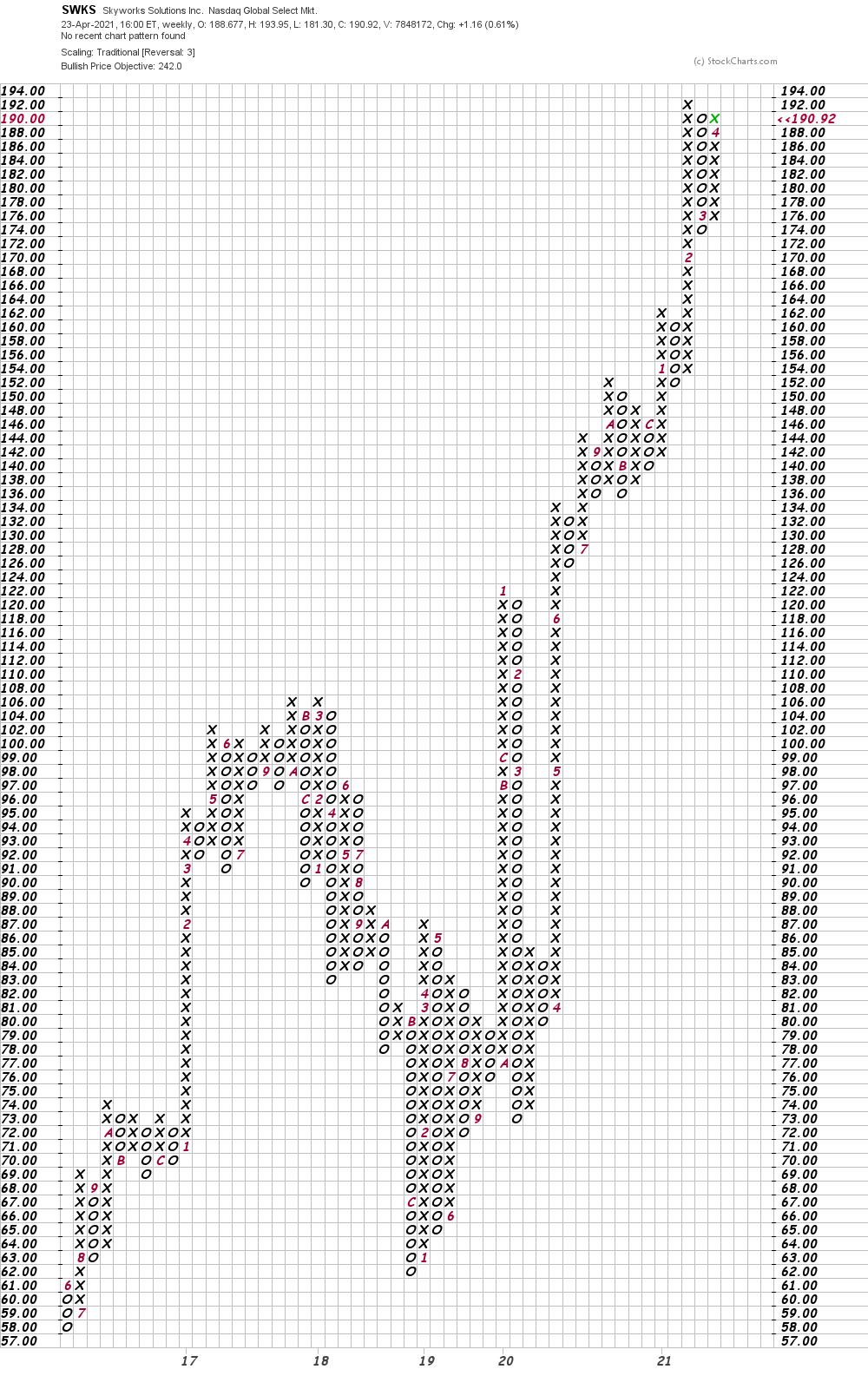 Bottom line strategy: I am assuming traders are mostly flat SWKS. The overall picture I get from these charts (above) is that SWKS is probably going higher. Traders could go long SWKS at $197.44 and higher. Risk to $175. The $242 area is our next price objective.

Get an email alert each time I write an article for Real Money. Click the "+Follow" next to my byline to this article.
TAGS: Mergers and Acquisitions | Investing | Stocks | Technical Analysis | Trading | Semiconductors & Semiconductor Equipment | Mad Money | Executive Interview