The market is finally cooling off a little after some very frothy action this morning. There are some concerns about the election battle and it looks like both Senate races in Georgia are heading for run-offs which will delay the final results. It is still likely that Republicans will control the Senate but the betting markets now estimate that the Democrats have a 20% chance of taking control.

That is giving some market players an excuse to claim some gains but the momentum is quite strong in many individual stocks and positions are holding up quite well. Even if there are some fades at this point it will simply be some healthy consolidation after a good run. The potential for more positive action into the end of the year is quite good. This market is handling all the negatives throw at it and that is likely to persist. 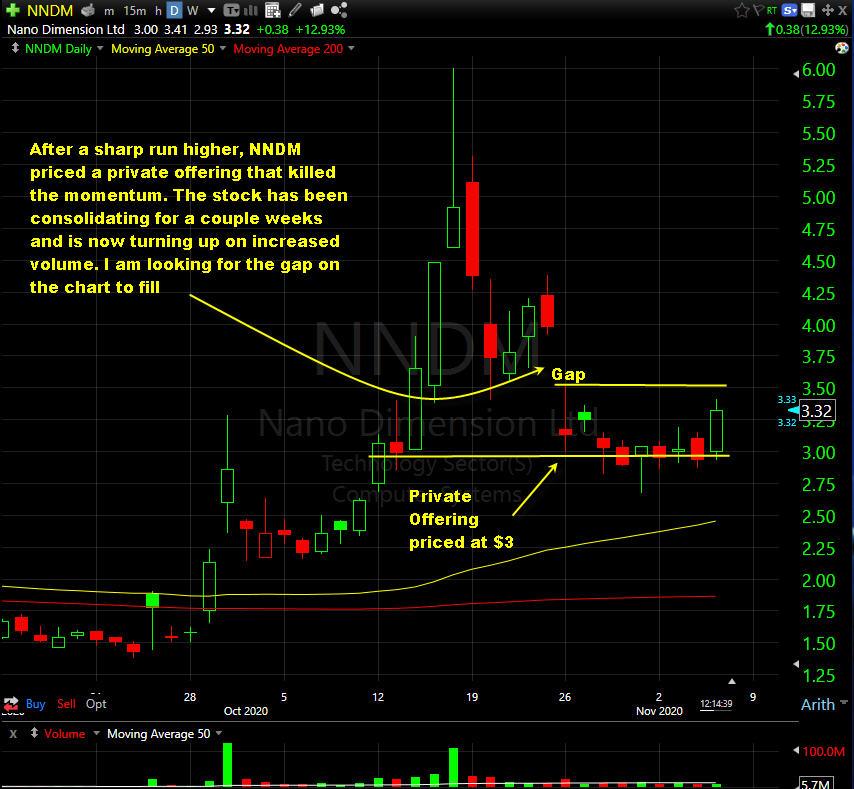 This morning the company announced the sale of two systems. One was to an Australian defense contractor and the other to an Asia-Pacific research center.

The company is still at an early stage and has little revenue but its product potential has attracted attention. ARK Investment management, known for its extremely bullish stance on Tesla (TSLA) , is a holder that has been steadily adding to its position.

Technically the stock has been basing around $3 after a private placement killed its momentum. After a two-week-long rest, the stock is starting to turn back up. We are looking for the gap on the chart to eventually fill.

Get an email alert each time I write an article for Real Money. Click the "+Follow" next to my byline to this article.
TAGS: Investing | Stocks | Technical Analysis | Trading | Technology