Bitzer said both sales and gross margins at Whirlpool are now better than they were pre-pandemic, and Whirlpool is a very different company than it was just 10 years ago.

Whirlpool is about more than just doing your laundry, Bitzer explained. The company is now a dominant player in the kitchen, making everything from major appliances down to Kitchen-Aid stand mixers which, he said, are one of its best-selling products of all time.

Despite being hit with multiple rounds of cost inflation, Bitzer said Whirlpool is committed to returning money to shareholders and has raised their dividend for the past nine years in a row. The company is open to additional stock buybacks, he added.

Whirlpool is also making several strategic moves, including selling its European operations and increasing manufacturing capacity in the U.S. to better meet demand.

Let's check and see if the charts reflect the Bitzer's optimism.

In this daily bar chart of WHR, below, we can see that prices have been in a downtrend the past 12 months. WHR is trading below the declining 50-day moving average line as well as the declining 200-day line. I fail to see any common candle bottom formations but there is a doji at the beginning of April. Trading volume has increased the past four months telling us that traders may be voting (selling) with their feet.

The math-driven On-Balance-Volume (OBV) line shows a decline from December to at least early April which means sellers of WHR have been more aggressive. If the OBV line is improving now we need more evidence.

The Moving Average Convergence Divergence (MACD) oscillator has crossed to the upside for a cover shorts buy signal but it is still below the zero line and an outright buy message.

In this weekly Japanese candlestick chart of WHR, below, we see a mixed picture. Prices are in a downtrend and trade below the negatively sloped 40-week moving average line.

Trading volume is heavier the past two months and may be considered more positive than the daily chart as the weekly OBV line shows an uptick in April so far.

The MACD oscillator has narrowed and is close to a positive crossover and cover shorts signal.

In this daily Point and Figure chart of WHR, below, we can see a potential upside price target in the $209 area. 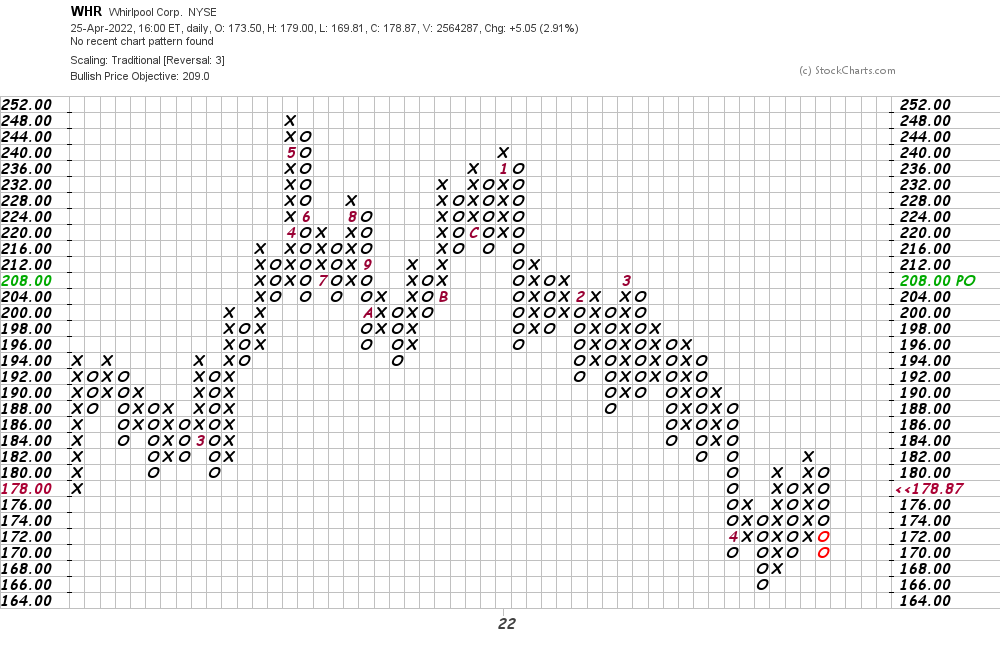 In this weekly Point and Figure of WHR, below, we can see a big difference when compared to the daily chart above. Here the software is projecting a bearish target of just $121. 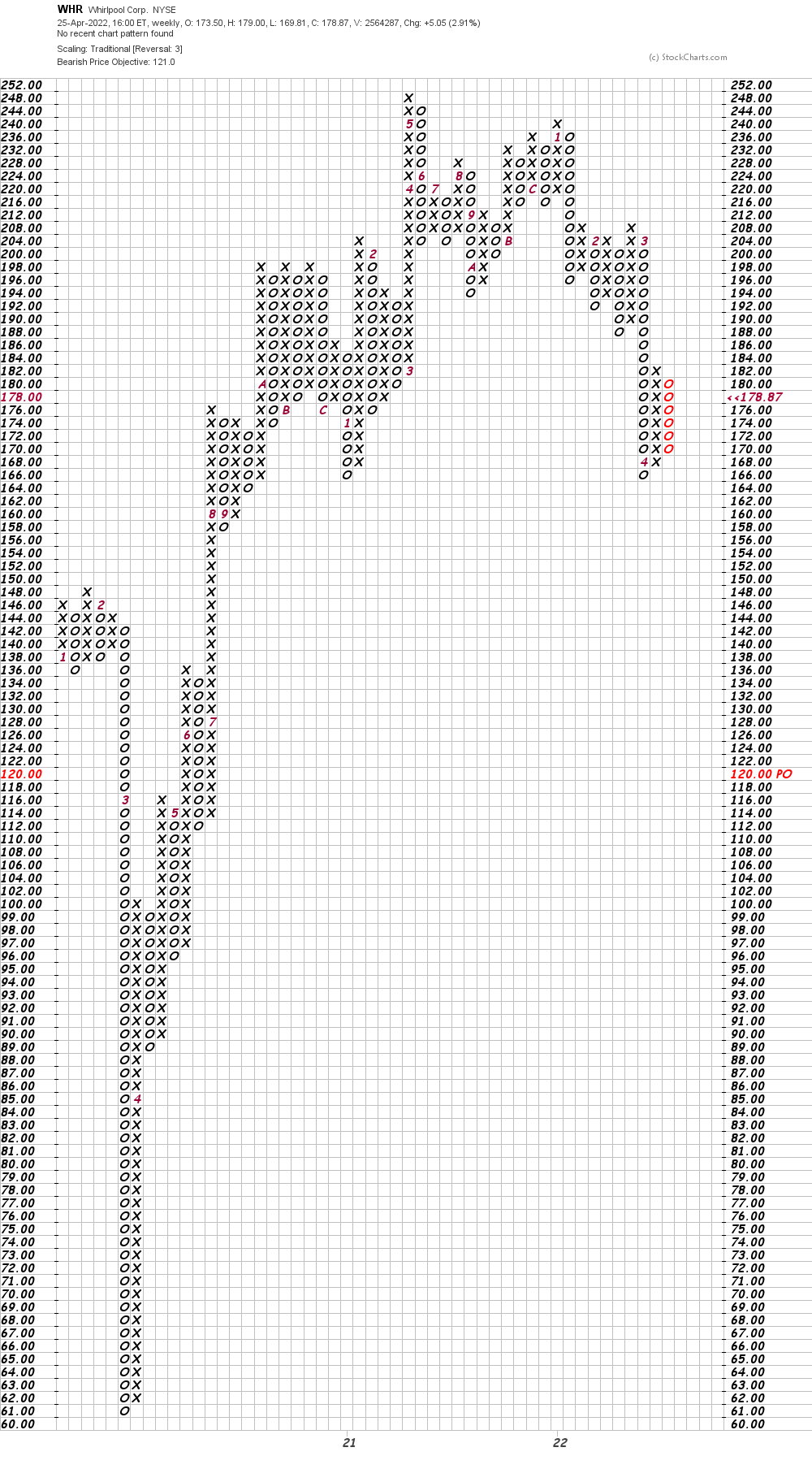 Bottom line strategy: While the fundamental story for WHR sounds promising the charts and indicators are not on the same page. I would pass on purchasing WHR for now even if a trading bounce develops.

Get an email alert each time I write an article for Real Money. Click the "+Follow" next to my byline to this article.
TAGS: Earnings | Fundamental Analysis | Investing | Stocks | Technical Analysis | Trading | Household Products | Consumer Staples | Mad Money | Executive Interview