Slootman said there are several trends moving in favor of Snowflake. First is the transition from on-premise to cloud computing, and the second is the rise of the data scientist. It's finally possible to enrich data, put it into context and allow people and machines to make decisions. That's led to a data renaissance with whole new generations of applications being built.

When asked about their growing sales in Europe and Asia, Slootman said they made a lot of big changes in those regions and those changes are now beginning to pay off. He added that growth at scale is a rare thing but Snowflake isn't growing at any cost.

In this daily bar chart of SNOW, below, we can see that prices have been in a declining phase since early December to early May. Prices have bounced in May but a pullback is underway. The slope of the 50-day moving average line is flat as it bottoms.

The On-Balance-Volume (OBV) line has improved this month and tells us that buyers of SNOW are being more aggressive.

In this daily Point and Figure chart of SNOW, below, we can see a modest downside price target in the $211 area. 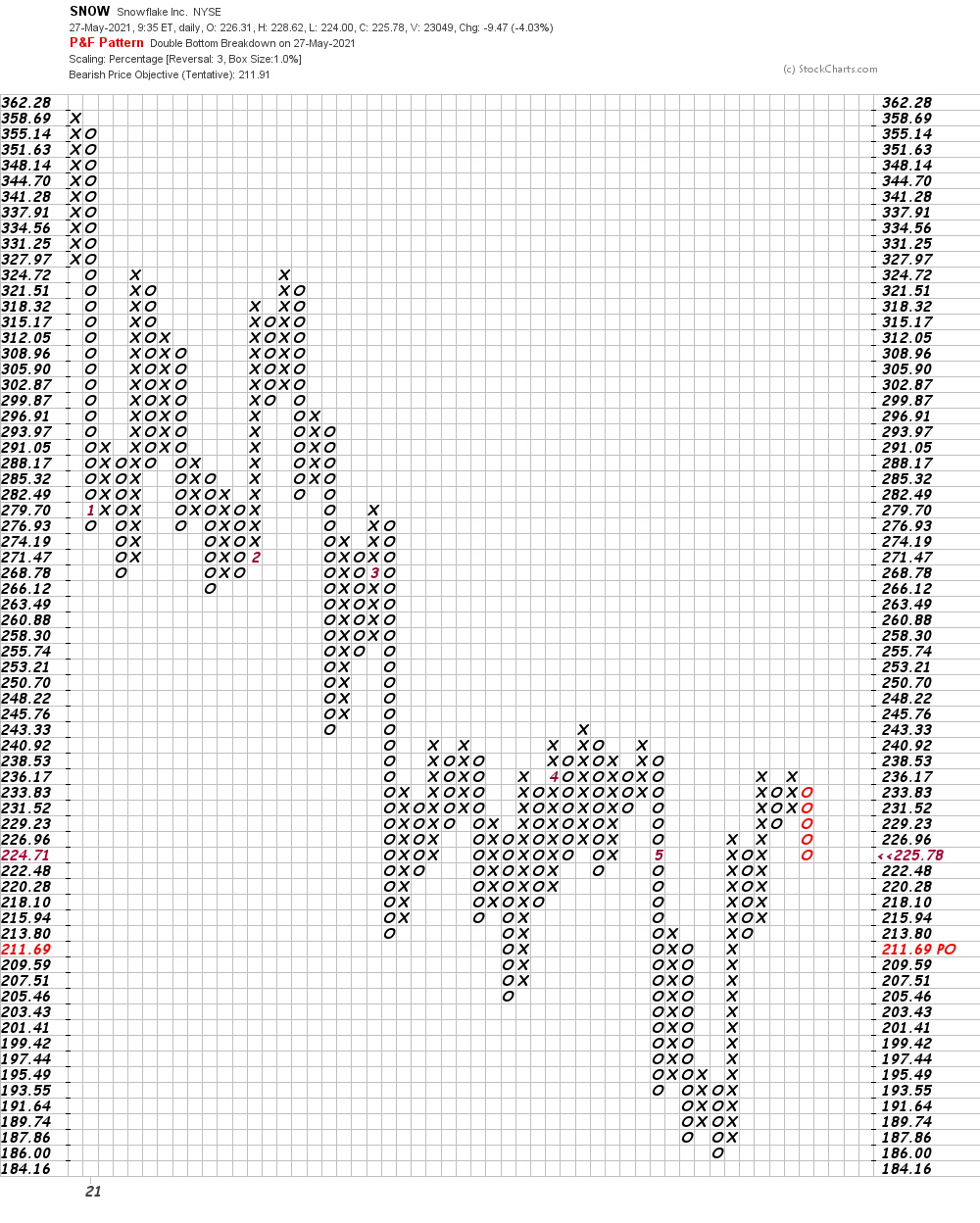 Bottom line strategy: I do not get the impression that SNOW is turning lower to retest its May low. A shallow dip is all that I anticipate so traders could be buyers of any price weakness today and Friday. Risk below $209. Add to longs above $239.

Get an email alert each time I write an article for Real Money. Click the "+Follow" next to my byline to this article.
TAGS: Investing | Stocks | Technical Analysis | Trading | Software & Services | Technology | Mad Money | Executive Interview