Six Flags Entertainment Corp. (SIX) gapped lower Thursday continuing the decline that has been in effect since the middle of 2018. A number of downside price gaps can be seen since September 2019 as traders and investors have been more aggressive sellers.

In this daily bar chart of SIX, below, we can see the decline of the past 12 months. Prices are below the declining 50-day simple moving average line and the declining 200-day moving average line. The trading volume has been increasing since October suggesting that more traders are believing the bear story.
The On-Balance-Volume (OBV) line shows a decline from early September which tells us that sellers of SIX have been more aggressive with heavier volume being traded on days when SIX has closed lower.
The Moving Average Convergence Divergence (MACD) oscillator has spent much of its time since September below the zero line in sell territory. It looks like this indicator is poised to cross to the downside for another sell signal.

In this weekly bar chart of SIX, below, we can see the longer-term decline. Prices are below the declining 40-week moving average line.
The weekly OBV line has been zigzagging lower since last May. The MACD oscillator has been bearish since October of 2018.

In this daily Point and Figure chart of SIX, below, we can see the decline and a potential downside price target of $21. 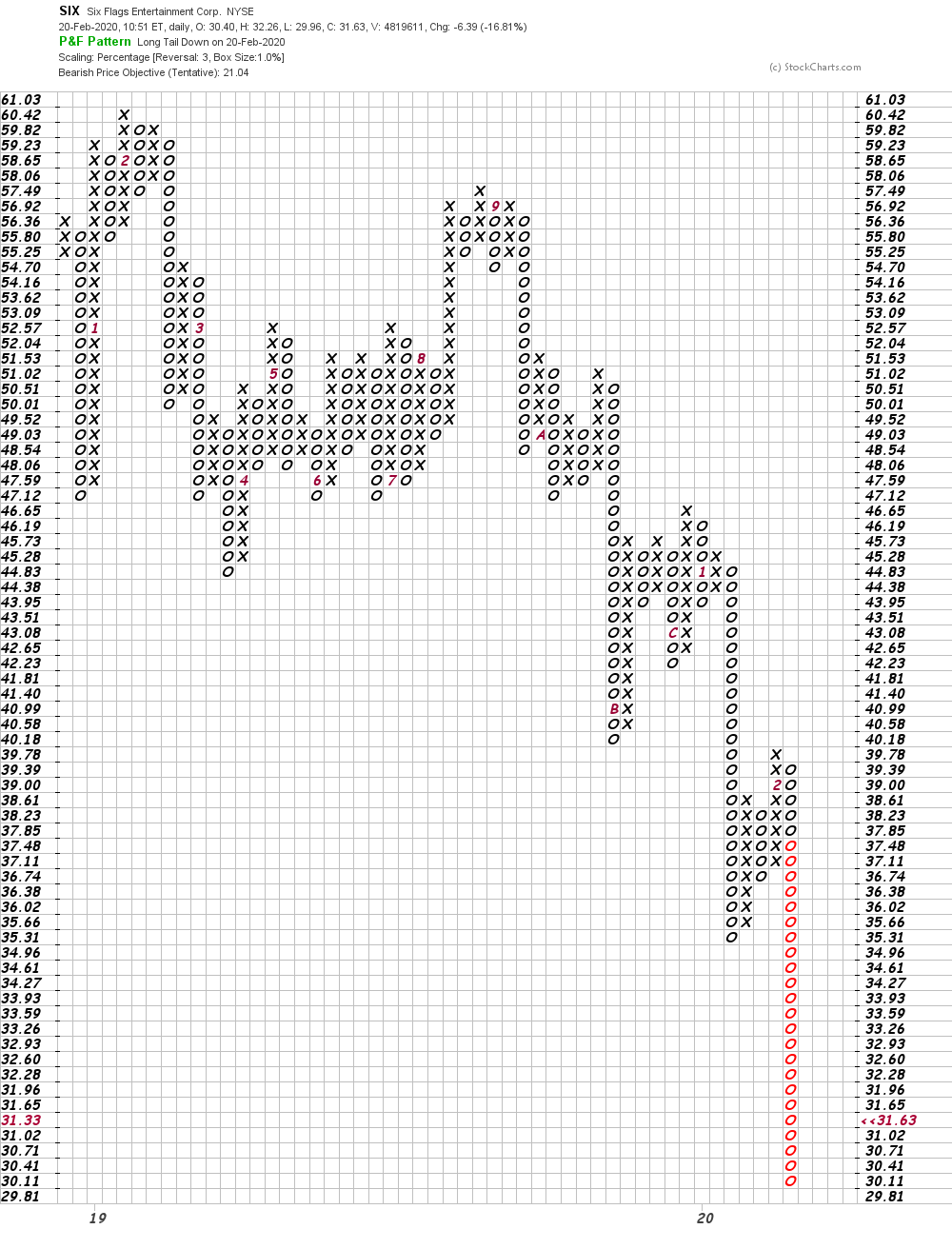 Bottom line strategy: SIX is in a downtrend with a potential target of $21 from our Point and Figure chart. Avoid the long side of this roller coaster.
Get an email alert each time I write an article for Real Money. Click the "+Follow" next to my byline to this article.
TAGS: Investing | Stocks | Technical Analysis | Trading | Resorts and Hotels

Homebuilder Lennar Is Poised for an Upside Breakout

I feel good in recommending the long side of LEN at current levels.

A decline back to the $7 area or even lower is possible in the weeks ahead.