For his second "Executive Decision" segment of Mad Money Wednesday night, Jim Cramer spoke with Leslie Stretch, president and CEO of Medallia, Inc. (MDLA) , the customer experience management platform that the company says pays for itself in just six months.

Stretch explained that Medallia helps companies collect feedback and sentiment from their customers using a variety of channels, including surveys, videos, call logs and more, so they can make better decisions. He said that especially in today's world, consumption patterns and behaviors are changing rapidly and companies need to stay on top of what's happening.

Stretch added that companies like Dick's Sporting Goods (DKS) are among Medallia's customers and Dick's uses the platform to gauge what customers expect from them regarding reopening their stores safely. Dick's also uses the platform to gauge sentiment and even used their feedback monitoring for important decisions, like whether or not to continue carrying firearms at their locations.

The On-Balance-Volume (OBV) line made a low in March and a higher low in April creating a small bullish divergence with the price action. The OBV line has improved since March telling us that buyers of MDLA have been more aggressive at these price levels. 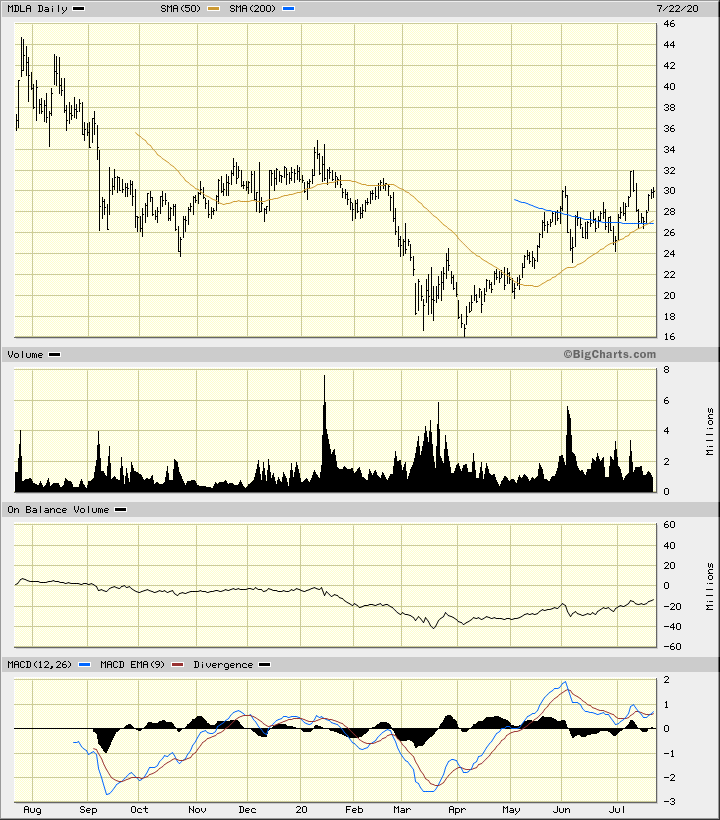 In this weekly bar chart of MDLA, below, we can see a positive picture with prices above the bottoming 40-week moving average line. A rising OBV line and the MACD oscillator are close to crossing the zero line for a buy signal on this time frame. 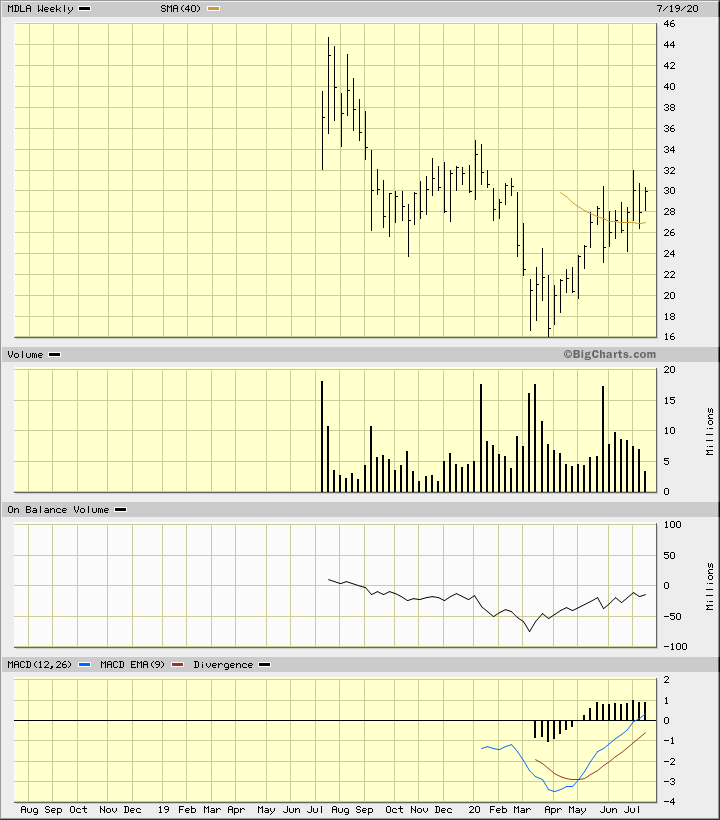 In the Point and Figure chart of MDLA, below, we can see a potential upside price target in the $37 area. 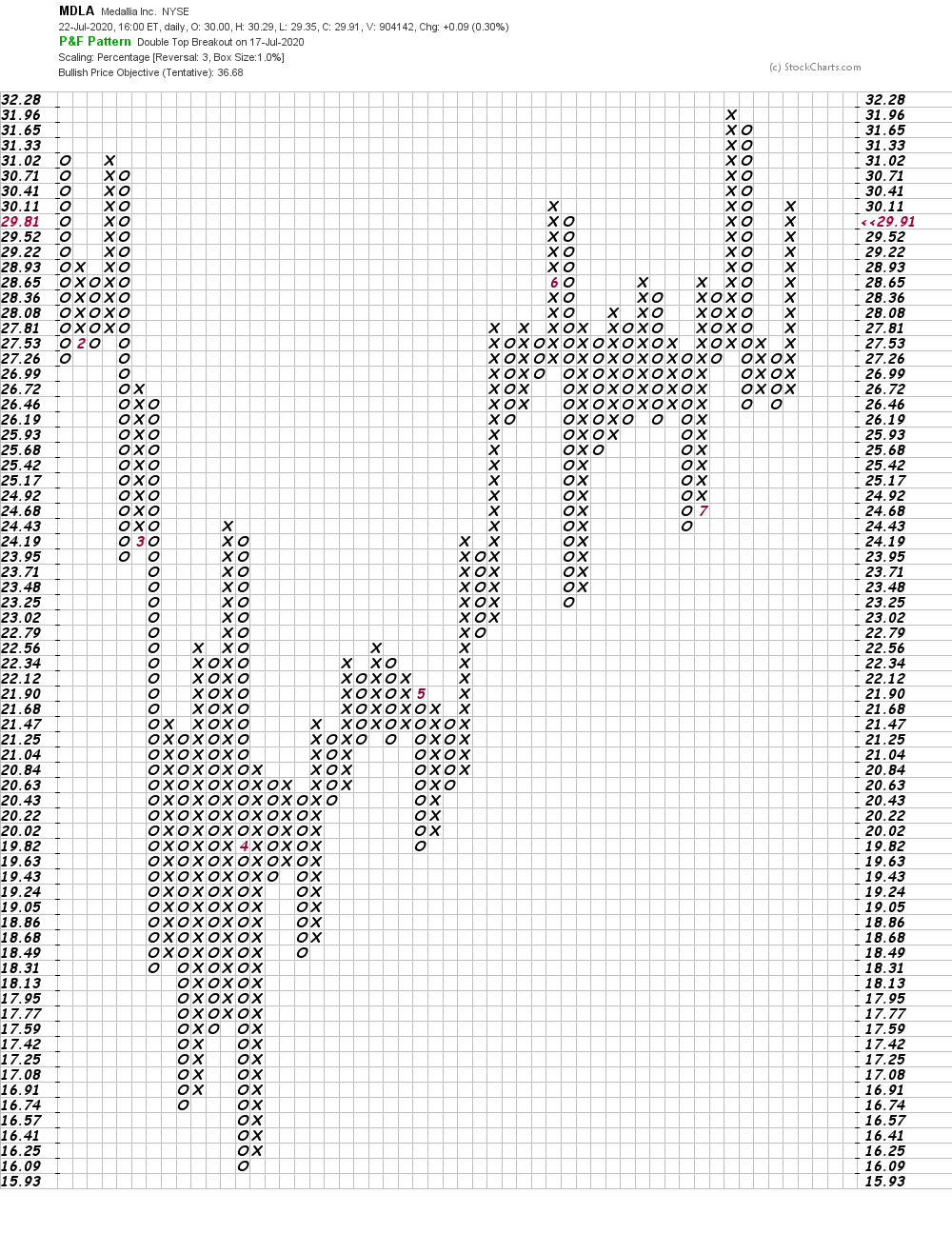 Bottom line strategy: Risking a close below $25, traders could go long MDLA at current levels looking for gains later this year in the $37 area.

Get an email alert each time I write an article for Real Money. Click the "+Follow" next to my byline to this article.
TAGS: Investing | Stocks | Technical Analysis | Trading | Software & Services | Technology | Mad Money | Executive Interview

Demand for PCs, tablets and gaming hardware all still look quite strong. And smartphone sales are gradually picking up.

Jim Cramer: These Do-It-Yourself at Home Stocks Have Staying Power

Here's when you make your move and start buying.