Linde operates a number of different business units, Angel explained. Linde's oxygen is used for medical care and to make steel, nitrogen is used in the manufacturing of semiconductors, and hydrogen is used in oil refining and as a fuel source.

Over the past six months, Linde's Lincare medical unit has gone from treating zero to over 25,000 Covid-19 patients. Angel said Lincare offers hospitals a critical tool for in-home respiratory care and treatments and Lincare is a full-service respiratory home care solution.

Angel was also bullish on hydrogen. He said Linde has the capability to produce, store, transmit and liquify hydrogen and also operates hydrogen refueling stations. The company is also investing in "green" hydrogen, which is manufactured without a carbon footprint, instead of from natural gas as it is produced today.

Angel added that if just 1% of all U.S.-based long-haul trucks converted to natural gas, it would create a $20 billion market for Linde.

In this daily bar chart of LIN, below, we can see that prices corrected lower in February and March as the broad market plunged sharply. LIN recouped its losses by early June and has gone on to new heights. Prices are trading above the rising 50-day moving average line and the rising 200-day moving average line. A bullish golden cross can be seen at the beginning of July as the 50-day line crosses above the slower-to-react 200-day line.

The On-Balance-Volume (OBV) line makes its low with prices in March and then rises to the end of July telling us that buyers of LIN have been more aggressive. The OBV line shows some weakness this month as prices turn sideways.

The trend-following Moving Average Convergence Divergence (MACD) oscillator crossed above the zero line in April for a buy signal but it has been in a take profits mode since late July.

In this weekly bar chart of LIN, below, we can see the past three years of activity. Prices are in a longer-term uptrend despite the deep decline earlier this year. LIN is trading above the rising 40-week moving average line.

The weekly OBV line shows a decline from February into April and then rises again. Prices have made new all-time highs but the OBV line has not yet done so - a bearish divergence to watch.

The MACD oscillator is very bullish and at a new high but we can see some recent narrowing of the moving averages. Another potential signal to keep an eye on.

In this daily Point and Figure chart of LIN, below, we can see that prices have reached a price target of around $240. Prices might trade sideways or even lower until the chart shows more accumulation (buying). 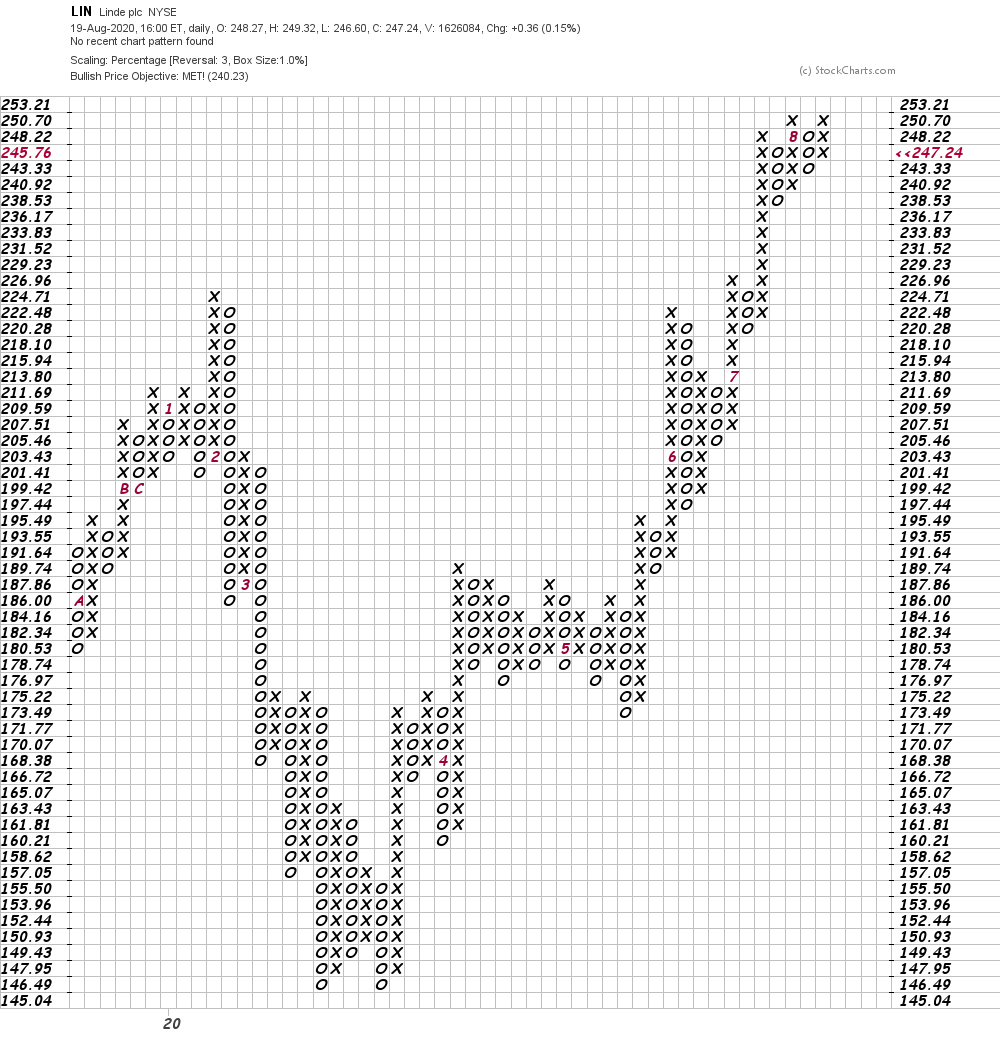 In this weekly Point and Figure chart of LIN, below, we can see a potential longer-term price target in the $321 area. A decline to $236.17 might start to weaken this chart. 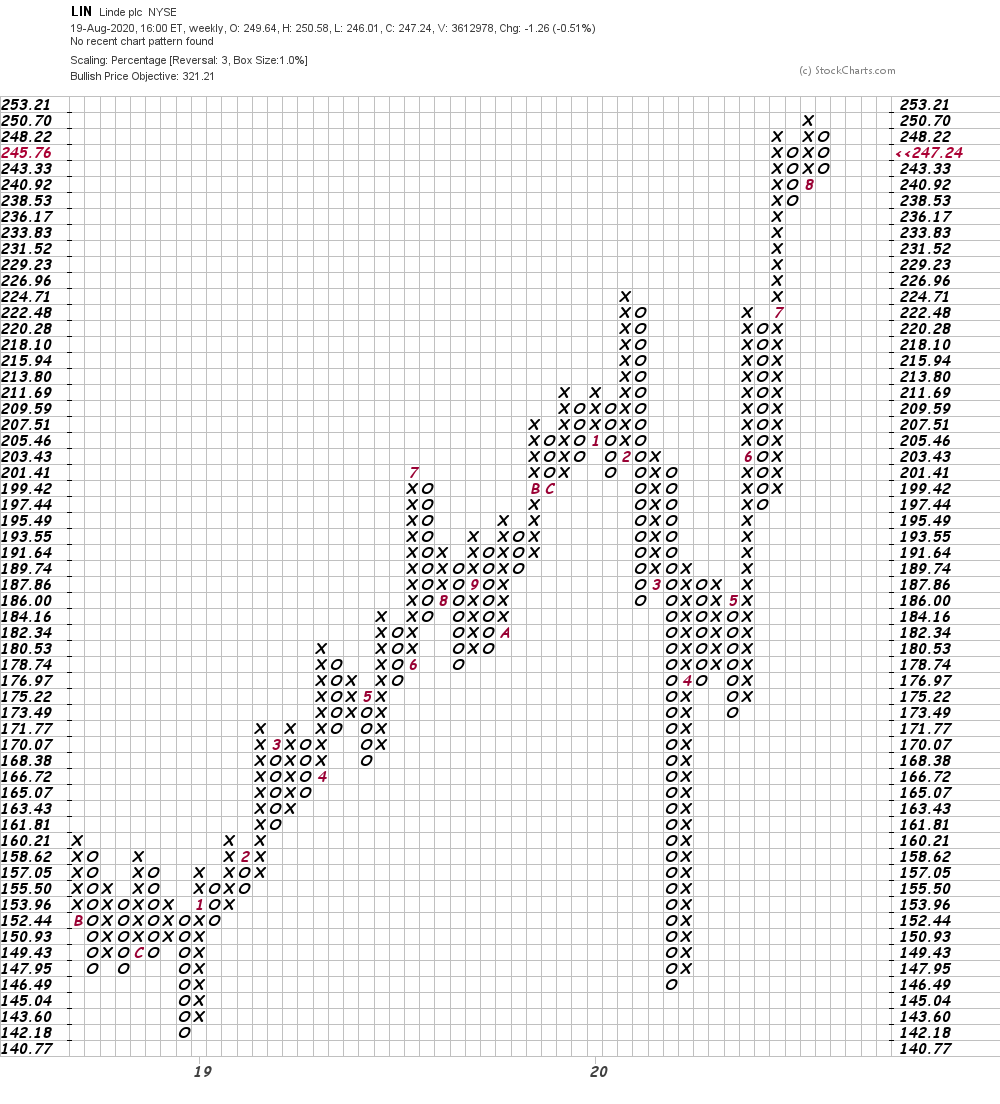 Bottom line strategy: LIN has been trading sideways the past few weeks and that neutral trend is likely to continue a bit longer. The weekly charts (above) tell me that the uptrend could eventually resume with a $321 price target. Patient traders could go long LIN in the $250-$240 area risking a close below $230.

Get an email alert each time I write an article for Real Money. Click the "+Follow" next to my byline to this article.
TAGS: Investing | Stocks | Technical Analysis | Trading | Health Care Equipment & Services | Industrials | Mad Money | Executive Interview