Hasbro, Inc. (HAS) was in a downtrend from July 2019 to March 2020 but now it appears ready to make a move to the upside. Let's divide up some play money and take a look at the charts and indicators to see if this anticipated rally is worth investing in.

In this daily bar chart of HAS, below, we can see that prices had a big decline in February and March. Prices recovered a bit into early June but have since turned sideways. HAS is trading around the 50-day moving average line but still just below the declining 200-day moving average line.
The daily On-Balance-Volume (OBV) line has been neutral since late April and suggests a balance between buyers and sellers.
The Moving Average Convergence Divergence (MACD) has been hovering just above the zero line for several months but now looks like it could turn higher.

In this weekly bar chart of HAS, below, we can see some interesting developments. Prices are testing the downward sloping 40-week moving average line.
The weekly OBV line shows a longer-term decline but it has been very stable since March suggesting that a shift is underway.
The MACD oscillator has been rising since April and is close to the underside of the zero line and a future buy signal.

In this daily Point and Figure chart of HAS, below, we can see that prices are pointing higher with a potential $96 price target. 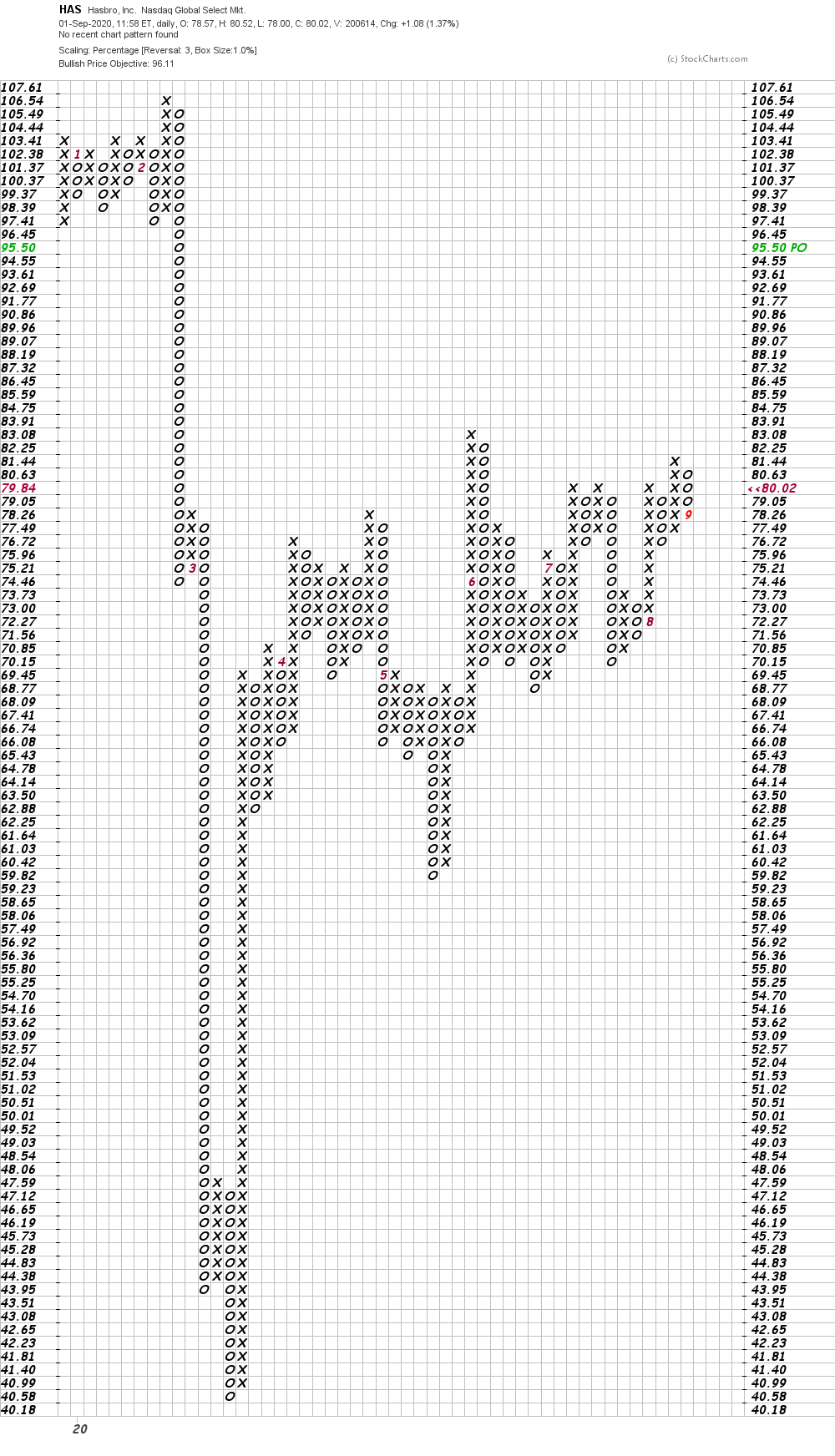 Bottom line strategy: HAS is not a tech company. It is not a chip maker. It does not help you work from home but maybe it will get a bid from the stay at home economy. Just thinking out loud. Meanwhile, I find the charts and indicators positive and would go long HAS at current levels risking a close below $70 for now. The $96-$100 area is our price target.
Get an email alert each time I write an article for Real Money. Click the "+Follow" next to my byline to this article.
TAGS: Economy | Investing | Stocks | Technical Analysis | Trading | Gaming | Consumer Discretionary