Levie said he's very pleased with Box's most recent quarter, which saw a revenue beat and raised guidance for the remainder of 2020.

When asked how they've been able to grow without meeting clients in person, Levie explained that going virtual has allowed them to reach more customers and prospects than they could in person.

Let's check out the charts and indicators.
In this daily bar chart of BOX, below, we can see that prices are holding just above the 200-day moving average line. The slope of the shorter 50-day moving average line is bearish.
The On-Balance-Volume (OBV) line shows weakness from late August and that means that sellers of BOX are more aggressive.
The Moving Average Convergence Divergence (MACD) oscillator is about to cross below the zero line for a sell signal.

In this weekly bar chart of BOX, below, we can see a weakening picture. Prices are just holding on at the 40-week moving average line.
The weekly OBV line shows weakness since June which is more bearish than the daily chart. The MACD oscillator is still above the zero line but is pointed down in a take profits mode.

In this daily Point and Figure chart of BOX, below, we can see a downside price target in the $15 area. This is not a big decline but it is likely to generate several sell signals. 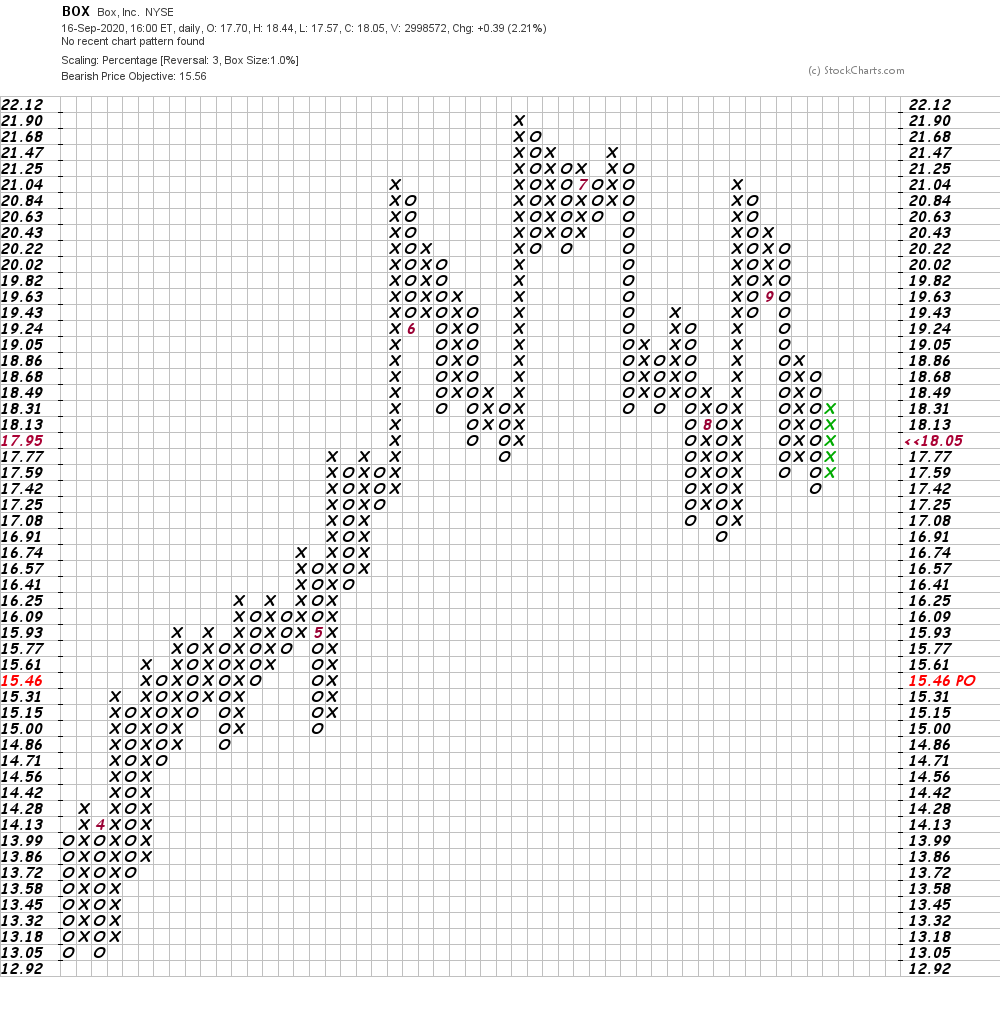 Bottom line strategy: The price of BOX has been rolling over the past three to four months. The indicators suggest further weakness ahead. Avoid the long side for now.
Get an email alert each time I write an article for Real Money. Click the "+Follow" next to my byline to this article.
TAGS: Earnings | Investing | Stocks | Technical Analysis | Trading | Technology | Mad Money | Executive Interview