The utility industry has been impacted by the pandemic, said Akins. As the economy shut down, industrial power demand fell by up to 10%, commercial demand declined up to 7% in most areas, and yet residential demand increased by 6%.

Residential power has the highest gross margins, he said, so his company is now recalculating what this shift in usage means for the firm.

Let's check out the charts of AEP.

In this updated daily bar chart of AEP, below, we can see that prices have been failing at the underside of the declining 50-day moving average line. Prices have been drifting lower since early April. The daily On-Balance-Volume (OBV) line has been rolling over to the downside telling us that sellers AEP have become (or resumed) being more aggressive. The trend-following Moving Average Convergence Divergence (MACD) oscillator has crossed to the downside from the underside of the zero-line for a new sell signal.

In this weekly bar chart of AEP, below, we can see a bearish picture. Prices are trending lower below the declining 40-week moving average line. The weekly OBV line has been weakening for over four months and the MACD oscillator is still very bearish.

In this Point and Figure chart of AEP, below, we can see a nearby downside price target in the $74-$73 area, however, further declines cannot be ruled out since the trend is down. 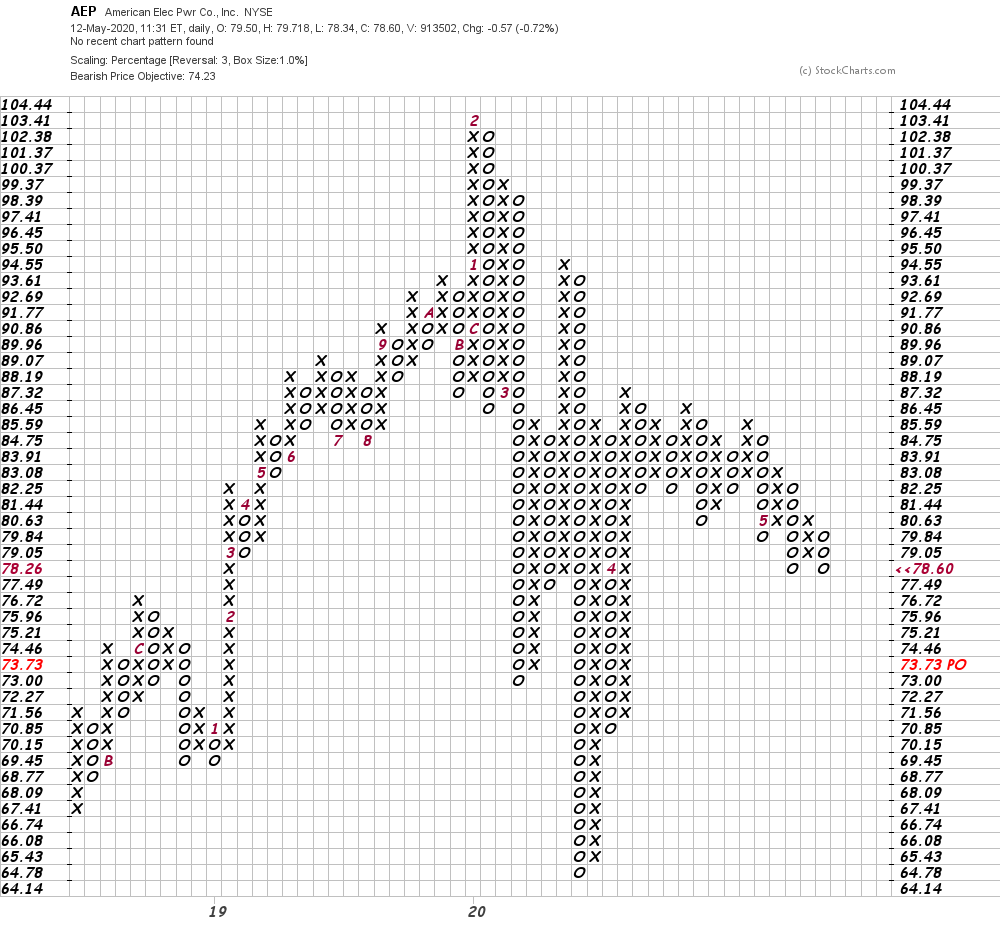 Bottom line strategy: Avoid the long side of AEP for now as we have no clear idea when the economy will be restarted.

Get an email alert each time I write an article for Real Money. Click the "+Follow" next to my byline to this article.
TAGS: Earnings | Investing | Technical Analysis | Utilities | Mad Money | Executive Interview

Sagging European-Focused ETFs Are Rallying, Though It's Hard to Say Why

The fourth quarter has seen eurozone-related funds go on the upswing, but whether the improvement will last is another matter.